In the Hospitality of Sidi Kaouki 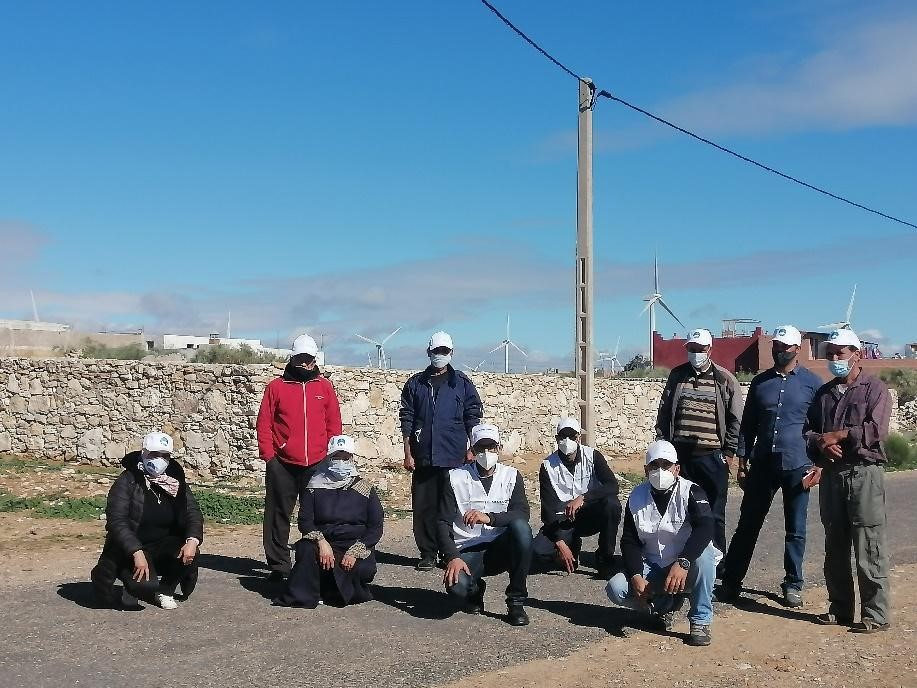 Members of Siemens Gamesa Renewable Energy met with the HAF to plant trees as part of their initiative “The Social Solidarity Project to Reduce the Negative Effects of the Covid-19 Virus.”

Since its establishment in 2000, the High Atlas Foundation (HAF) has witnessed continuous growth and success in promoting sustainable development projects.  By  instilling the values of afforestation and passing it on across generations, engaging in the continuity of the initiatives carried out, and adopting a participatory approach that encourages the introduction of new models for sustainable development, HAF works in partnership with a number of institutions, companies, cooperatives, and associations in order to establish an environmentally-aware culture and encourage economic empowerment.

On February 8, 2021, these three entities gathered to plant a total of 800 fruit trees in Oussen, a village located in the Sidi Kaouki commune of the Essaouira province. This grand event took place as part of Siemens Gamesa’s initiative known as “The Social Solidarity Project to Reduce the Negative Effects of the Covid-19 Virus,” which has resulted in a number of development projects in a number of regions of the Kingdom. 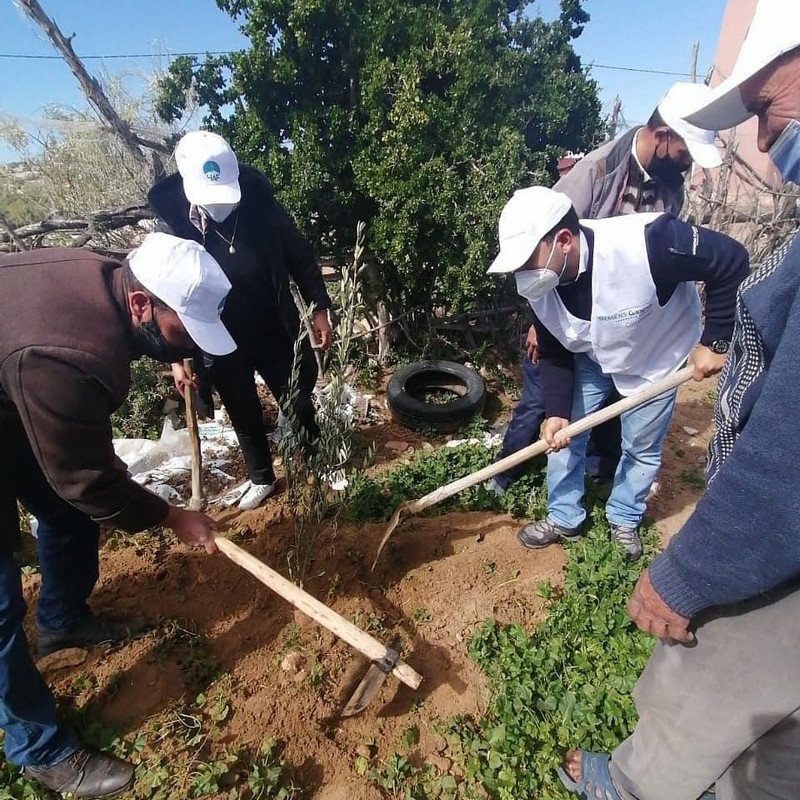 HAF and Siemens Gamesa Renewable Energy planted 800 trees in Oussen, a village located in the Sidi Kaouki commune of the Essaouira province.

The February tree planting activity began with a meeting with representatives of Siemens Gamesa Renewable Energy and members of the local association at the association’s headquarters. During this meeting, they discussed potential development projects for the region, its natural wealth, and its tourist qualifications. After the meeting, the attendees moved to a field in order to plant seedlings, learn the correct method of planting, and identify the necessary tools for successfully planting fruit trees according to their type. Some key points they learned were how to measure out the safe distance between trees to ensure their survival and how to test the quality of the soil.

After each of the representatives of Siemens Gamesa and the High Atlas Foundation spoke about the importance of planting trees, both in terms of economy  and environment, the president of Association Cape City Youth Society for the Environment, Mr. Youssef Ben Sghir, declared his admiration for the initiative. Mrs. Rashida Benfanzi, the president of the women’s association in the area, added that this gesture showed them the importance of planting trees in the long run, as it has inspired thinking about establishing a cooperative for fruit trees, particularly olives and Argan, especially since the land is fertile and vital.

Also, Mr. Noureddine Oukkarroum said that the tourist sites that abound in the region, whose inhabitants depend mostly on marine fishing, will help in its development if an agricultural cooperative is established, and the culture of agriculture is established among the local population and between future generations. Mrs. Amina El-Hajjami talked about the correct way to plant trees, the distance between two trees, the natural and tourist paths of the area and their role in developing them.

This is not the first time the two organizations have collaborated to help marginalized communities during the pandemic. In fact, HAF and Siemens Gamesa Renewable Energy have worked together on many other initiatives throughout the COVID-19 pandemic to distribute food and hygienic supplies to communities in need.

HAF is grateful for its partnership with organizations such as Siemens Gamesa Renewable Energy. Their support helps maintain our 12 community-managed fruit tree nurseries and plant trees with farming families to increase financial independence in marginalized communities. 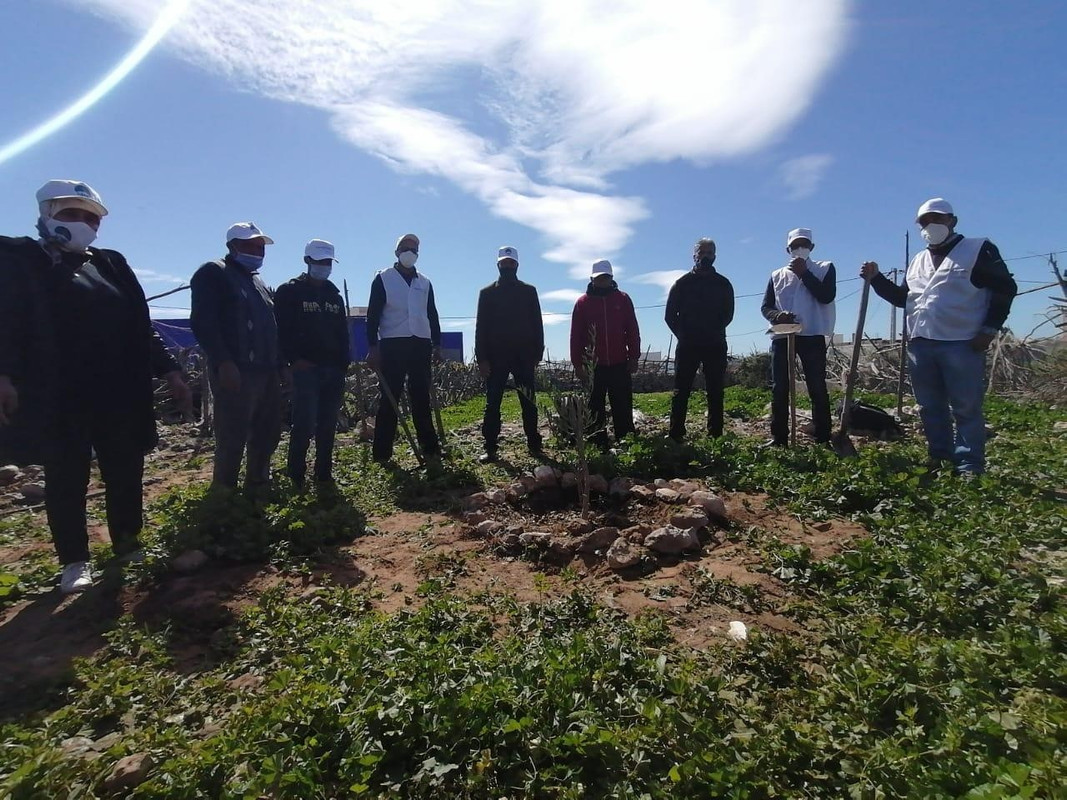 Thank you to Siemens Gamesa Renewable Energy and their continued support to tree-planting, empowerment, and other initiatives in Morocco. 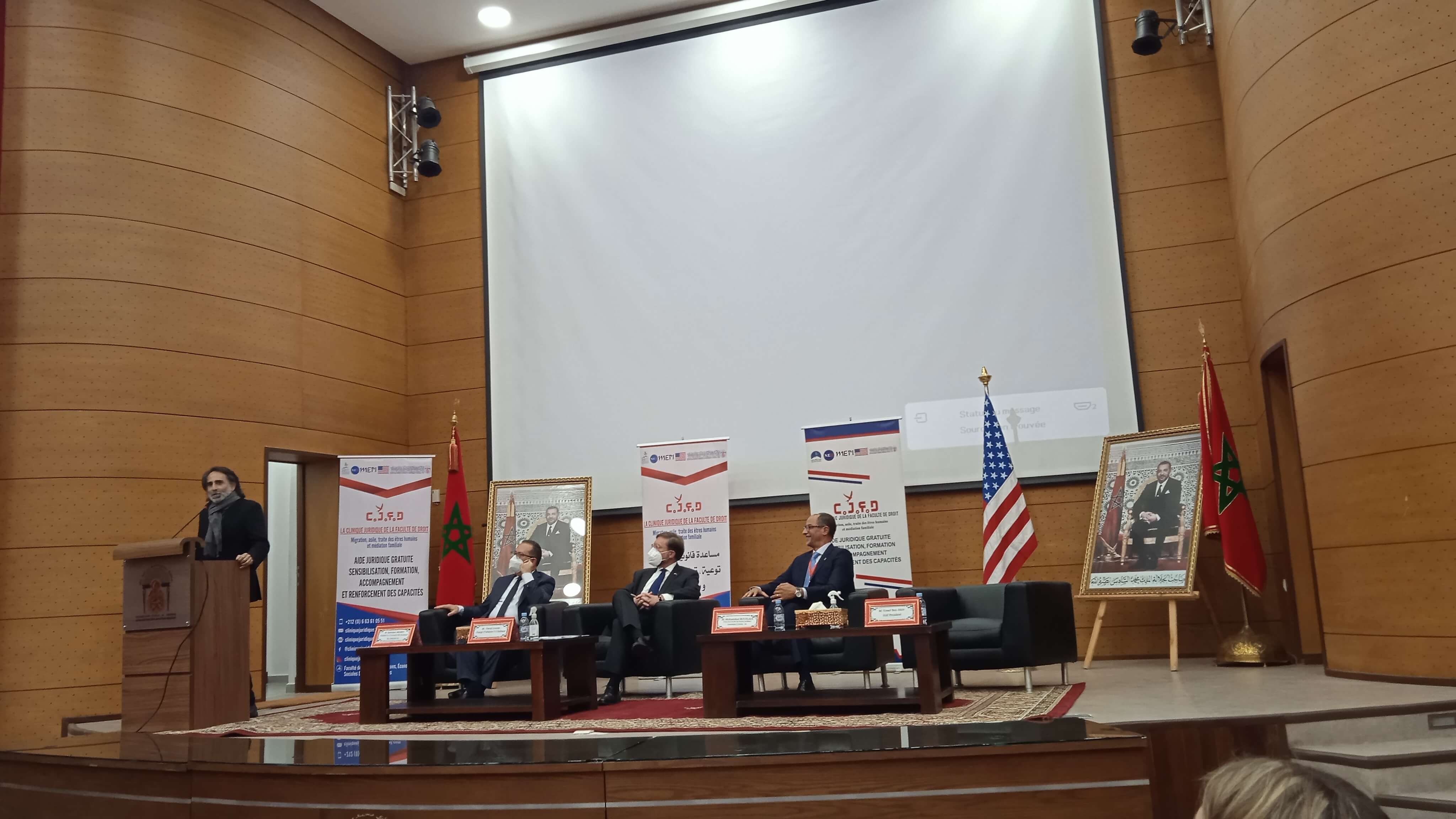 A Gathering Among Partners for Opportunities in Fes