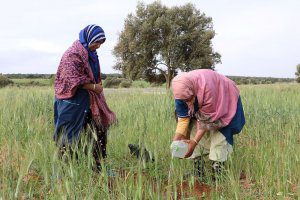 Martin Luther King Day falls in the middle of the High Atlas Foundation’s tree-planting season,
the most fertile time of year in Morocco.

January 18, 2020 – On Martin Luther King Jr. Day that inspires volunteerism, the High Atlas Foundation celebrates its Tree Planting day. Annually, the Foundation sets aside the third Monday in January to plant trees across Morocco.Tree-planting season in Morocco begins in mid-December, when the rains have come to loosen the soil and feed the earth. From then, HAF has a short three-month window in which to transplant all of the trees that have been growing in the 12 community-managed nurseries with whom we partner.

This year, HAF and farming communities are in the process of transplanting 1 million trees into agricultural plots and schoolyards around Morocco. We are also planting 1.6 million seeds in the 12 nurseries to bring them back to full capacity.

We’ve already planted approximately 200,000 trees in communities since the season began, and are working hard to plant the remaining trees before the end of March.

You can help to deliver these saplings, grow trees in Morocco, uplift marginalized communities, and take vast strides toward ending rural poverty when you plant trees in the name of a loved one or simply give. 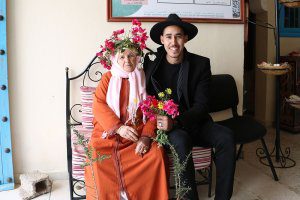 Follow Errachid  as he takes over HAF’s stories on Instagram & Facebook from the field on Tree Planting Day – January 18 –
when HAF’s team plants trees with communities across Morocco simultaneously.

Follow along on our Facebook and Instagram to watch as our team plants trees with communities all over Morocco in provinces as far south as Boujdour, as far east as Figuig, and as high as Al Haouz.

HAF Farmer-to-Farmer Project Manager Errachid Montassir will post live stories throughout the day as he travels to the field to plant trees with community members.

Tune in to watch President Yossef Ben-Meir broadcast live from Tamnsourt, near Marrakech. Tour the Akrich, Tassa Ourigane, and Tadmamt nurseries. Learn how to plant a carob tree and an argan seed with HAF Project Manager Said Bennani. And join a climate change presentation from HAF Field Coordinator Karam Azzabi. There will also be a little tree poetry from HAF Director of Programs Imane Akhezzane and HAF Program Manager Elizabeth Jay.

Tree-planting with HAF in Morocco

The High Atlas Foundation (HAF) with its community, government, and civil partners currently manages 12 organic fruit tree nurseries in 7 provinces of Morocco, all on land lent in-kind. These partners include: The High Commission of Waters and Forests, the Ministry of Youth and Sports, the Moroccan public-school system, the Moroccan Jewish community, cooperatives and associations across the country, and various universities and provincial authorities.

HAF’s production of fruit trees for Moroccan families, schools, and communities not only benefits their livelihoods and environments but also helps preserve their cultural heritage and build highly productive partnerships between the people, their government, and various intercultural groups.

HAF’s organic fruit tree nurseries are of critical importance to farming families as they make the daunting transition from the traditional staples of barley and corn – which cover 70% of agricultural land, but only produce 15% of agricultural income – to the cultivation of fruit tree varieties. 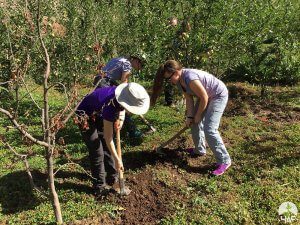 MLK Day was established to honor the life and legacy of Dr. Martin Luther King, Jr., the famed American preacher and civil rights activist. It officially became a national day of service in 1994, encouraging Americans to devote the day to volunteer acts.

The High Atlas Foundation was formed by the vision and drive of former Peace Corps Volunteers. Since its establishment in 2000, HAF has carried the tradition of service and flourished because of the support of passionate interns and volunteers to help further the organization’s mission.

On Martin Luther King Day we call into action the volunteer spirit of our staff, engaging small teams to travel all across Morocco to plant trees in rural villages in multiple provinces simultaneously. We embrace the activism spirit of Dr. King and call upon others to do the same to plant a million trees this tree-planting season. 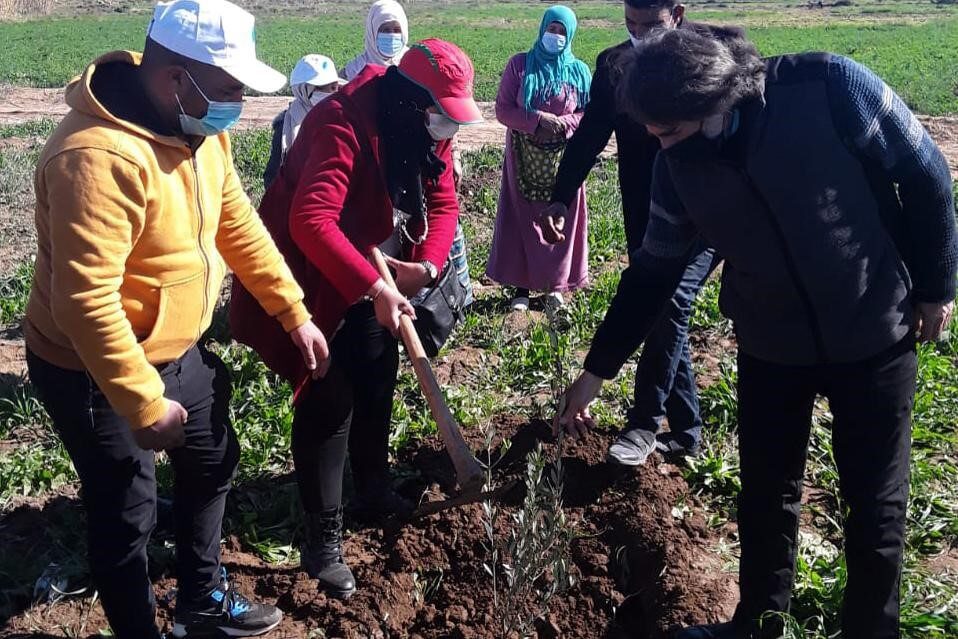 HAF Celebrates Tree Planting Day 2021 with the People of Morocco