On Thursday, December 16, I had the chance to attend a Conference-debate organized by Al Mowafaqa Institute during which Dr. Amina Mesgguid, doctoral researcher in Social Anthropology at the Center for Global Studies (CGS), provided interesting insights on contemporary Sufism and its evolution in Morocco.

Her research focuses on “Contemporary expressions of Sufism beyond Sufi Brotherhoods: New Age Sufism”. During her presentation, the researcher reviewed the etymology of the term Sufism and explored some of its contemporary forms of transmission, including some of the most renowned Sufi festivals in Morocco and spiritual retreats. 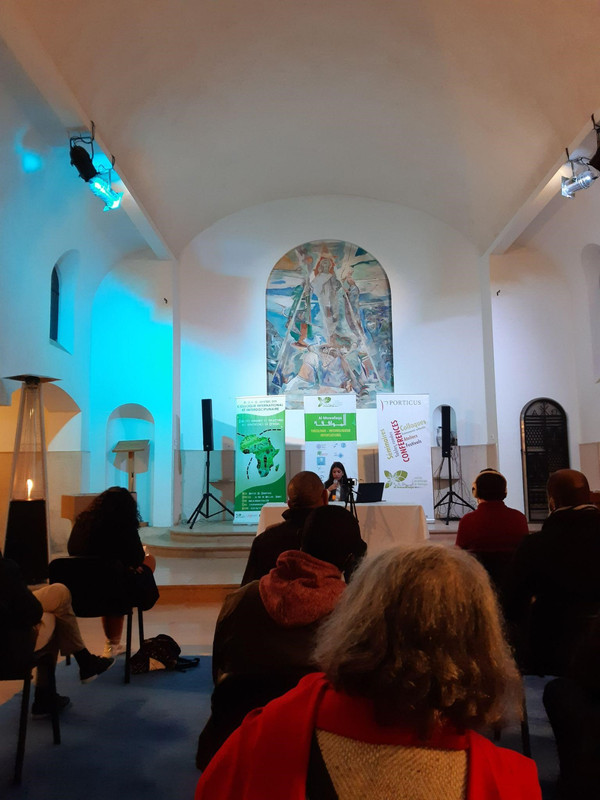 Sufism is generally perceived as a mystical expression of Islam that stresses on introspection, self-discovery, and meditation. On the origin of the term, many interpretations have been put forward by various scholars. The most commonly accepted origin of “Sufism” is “souf”, the Arabic term for “wool” in reference to a group of pious, ascetic worshippers who used to dress up in coarse woolen garments. Another possible etymology suggests that the term was derived from the Arabic word “Safa” for purity, which is one of the key concepts in the practice of Sufism.

Furthermore, “Ahl al-Ṣuffa” or “the people of the bench”, a group of ascetics who devoted their time to prayer, meditation and recitation of the Holy Qur’an at the “Ṣuffa” of the Prophet’s mosque in the Medina, is considered another origin of the term. Yet, Al-Biruni, Iranian scholar and “the Father of Comparative Religion,” attributes the origin of the term to Greek Sophia, meaning wisdom. Regardless of the origin of the term, Sufism is becoming a universal practice that attracts adherents from various backgrounds.

While most writings and research projects focus on studying the development of Sufism within the context of brotherhoods, Dr. Mesgguid suggests an alternative approach to analyzing contemporary forms of transmission of Sufism in Morocco and its development beyond the context of brotherhoods. According to her, the patrimonialization of Sufism is an alternative contemporary way to introduce Sufi practices and beliefs and help spread them widely.

The patrimonialization project includes several initiatives, namely the organization of spiritual events such as Fes Festival of Sufi culture, Fes Festival of World Sacred Music, Issawa Festival in Meknes, and Joudour Festival. Such events tend to attract visitors from around the world, and aim to promote peaceful coexistence and intercultural dialogue. Other efforts geared toward the preservation of this universal heritage include the translation of Sufi texts, in addition to the creation of a museum in Fes dedicated to showcasing the heritage of Sufi culture. 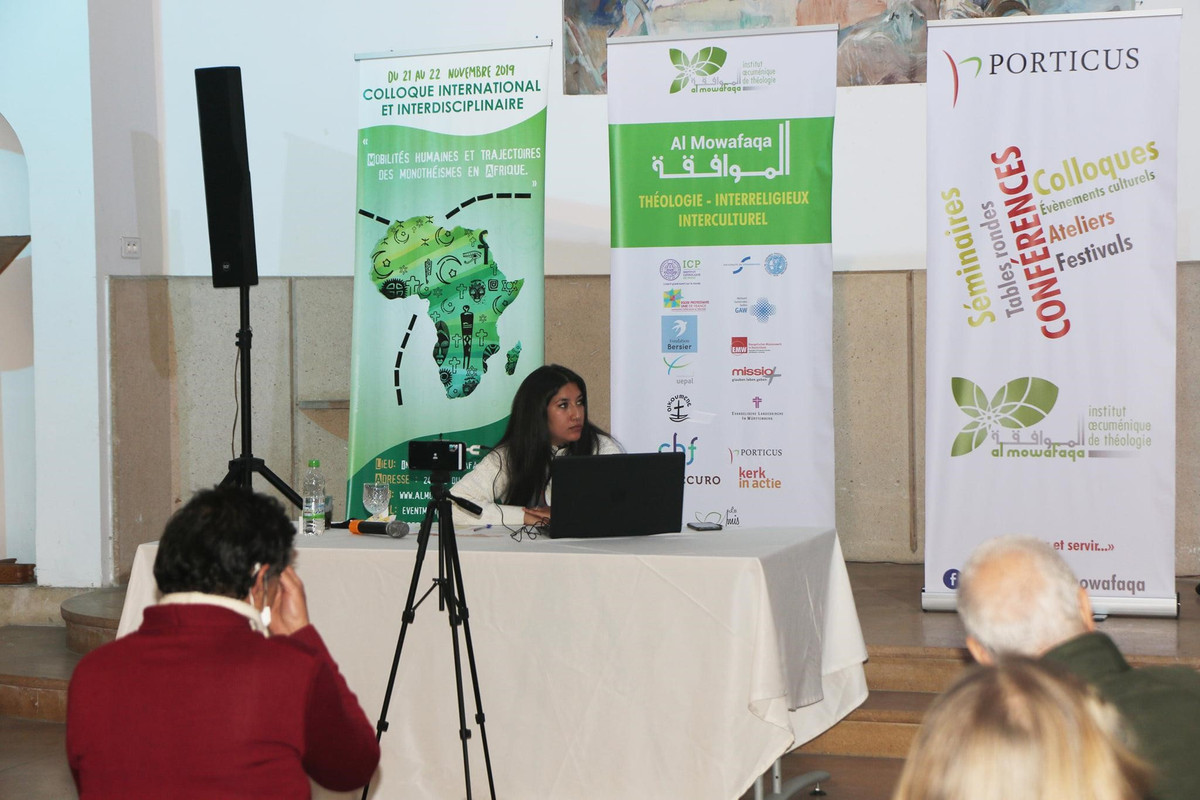 Dr. Amina Mesgguid discussing the etymology of the term Sufism and reflecting on its contemporary forms. © Al Mowafaqa Institute, 2021

Dr. Mesgguid also shed light on spiritual retreats that have gained fame lately as a contemporary form of introduction to Sufism. The retreats are spaces that make use of various spiritual, religious, and psychological resources so as to offer a universal Sufi experience and cater to attendees of all ages and backgrounds. Such spaces operate without an institutional or traditional religious structure and offer the attendees the chance to embark on a journey of self-discovery and mindfulness through combining Islamic beliefs with shamanism, Buddhism, and hypnosis. According to Dr. Mesgguid, this form of contemporary Sufism is often associated with “the new age movement” since the latter combines different spiritual beliefs and practices to achieve inner peace.

At the close of the event, the attendees were invited to share their closing remarks. An interesting point raised by one of the participants highlighted the unique interaction between Jews and Sufism that took place in the medieval era, noting that Jewish Mysticism adopted Sufi practices during medieval times. It is this religious symbiosis that the USAID Religious and Ethnic Minorities Activity (REMA) strives to showcase through the collection and preservation of stories of interreligious and intercultural coexistence.

Soukaina Kherdioui is a field coordinator for the USAID Religious and Ethnic Minorities Activity (REMA) and is currently based in Rabat. REMA, implemented by the High Atlas Foundation and its partners, aims to strengthen inter-religious and inter-ethnic solidarity through community efforts that preserve cultural heritage in Morocco.

By Amal Mansouri and Soukaina Kherdioui, REMA Field Coordinators On Wednesday, December 22, 2021, the embassies of the United States and Israel in Morocco celebrated the first anniversary…

A Seed of Hope for Interfaith Cooperation

By Catrin Waters What is universal about the human experience? And what does it have to do with planting trees? Let’s start at the beginning. An amorphous concept…