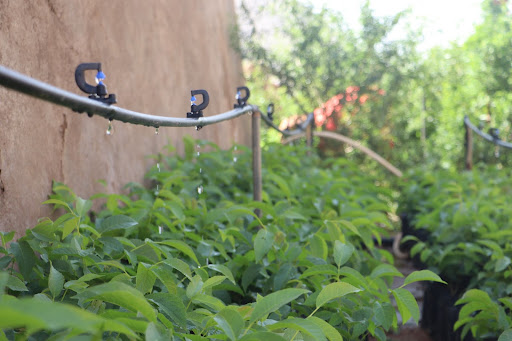 “Thousands have lived without love, not one without water.” —W. H. Auden

World Water Day has been an internationally celebrated day on March 22 of every year since 1992. This day is a global occasion to demonstrate the importance of water in our lives and showcase the vital role of this natural element in the survival of humankind.

Globally, it is well known that water covers approximately 70 percent of our planet. However, only three percent of it is considered freshwater. Almost 2.2 billion individuals worldwide do not have access to clean and safe water, according to the United Nations. Also, inadequate access to safe water causes disease in vulnerable communities. By 2025, it is expected that two-thirds of the world’s population may face a water shortage. The worst part is that the most affected groups who experience this problem are women and children who are often tasked with collecting drinkable water some distance from their villages.

Pollution is one of the main reasons our planet Earth suffers from water scarcity, according to the World Wildlife Fund. In addition, the field of agriculture is one of the most draining of the global water supply where it consumes almost 70 percent of the world’s accessible freshwater. On the other hand, population growth remains one of the most obvious reasons for water shortage. Within the last 50 years, the world population has doubled, which has led to a larger need for water. Climate change is the most affecting element in this phenomenon and will be as long as humans continue pumping carbon dioxide and other greenhouse gases into the atmosphere.

Nowadays, the effects of water shortages are more crucial than we first thought. Rivers, lakes, and aquifers are either drying up or are too polluted to use. As a result, almost half of the world’s wetlands have disappeared, alongside the damage that has been done to the ecosystems of our planet Earth.

In this regard, the High Atlas Foundation works with local communities across Morocco to provide water solutions, including clean water to villages in the high mountains and wherever the need is identified. HAF is grateful to its supporters of all levels who prioritize water projects, just as Moroccan communities continue to do.

Today, HAF celebrates World Water Day, a day which brings people from all over the world together to contribute to the betterment and development of societies. We are honored to have had the opportunity to distribute environmentally friendly water bottles from the Dailybottle Maroc to 180 school-aged children in the Tisfane commune in Taroudant province. As part of the activity, the students learned and discussed more the importance of preserving the environment and managing vital natural resources, particularly local water sources.

World Water Day is an important reminder for us to mobilize for the protection of our natural resources–particularly water.

By Karam-Yane Azzabi, HAF Program Manager The French NGO Le Partenariat has been engaging in activities surrounding water access, management, and sanitation in the Marrakech-Safi region of Morocco…