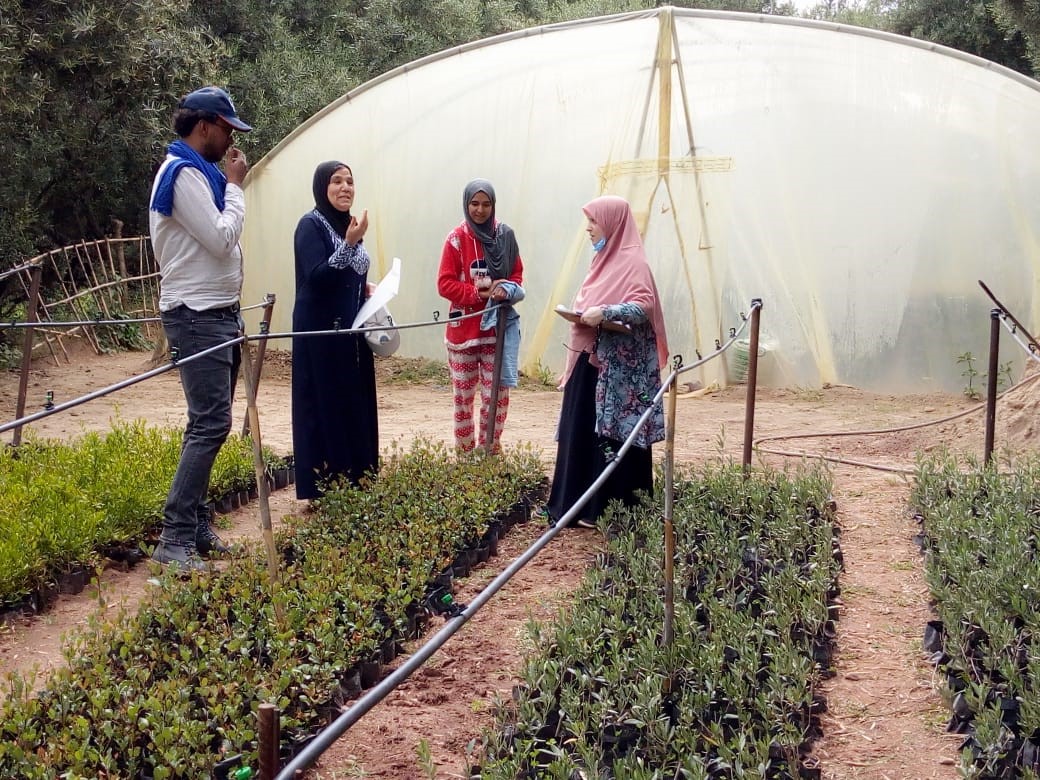 The HAF team visits the Tassa Ouirgane nursery in early June 2021 where saplings of carob, fig, and pomegranate are growing well.

“Desertification  and  drought,  which  are  a  degradation  of  environmental  health,  contribute to the collapse of biodiversity and favour the appearance of zoonoses. This is yet  another  reminder  that  human  health  and  the  health  of  our  environment  are  deeply intertwined.”— Audrey Azoulay, Director-General of UNESCO, on the occasion of World Day to Combat Desertification and Drought 2021

On this day in the year 1995, the United Nations General Assembly proclaimed June 17 to be the “World Day to Combat Desertification and Drought,” in order to raise awareness for the issue of environmental degradation in light of the ultimate goal for global sustainability. Such concern for our beloved planet also led to the creation of the “2030 Agenda for Sustainable Development,” in which 17 globally linked goals were designed for a sustainable future throughout the world. Goal 15 specifically is focused on “Life on Land,” which declares the need to “combat desertification as well as “halt and reverse land degradation and biodiversity loss.”

The High Atlas Foundation (HAF) incorporates these visions into its efforts to counter land degradation and implement human development initiatives with people across Morocco. With 12 community-managed fruit tree nurseries and over 700,000 trees planted with 6,000 farming families in 39 provinces across the Kingdom in 2021 alone (over 4 million trees planted in total since 2000), HAF prides itself in the work it performs with the aim to build more livable and beautified conditions for future generations. This includes initiatives surrounding the prioritization and localization of renewable energies, such as in the case of the nursery in Ouaouizeght, which can now – as of June 2021 – be irrigated 100 percent through the usage of solar energy. 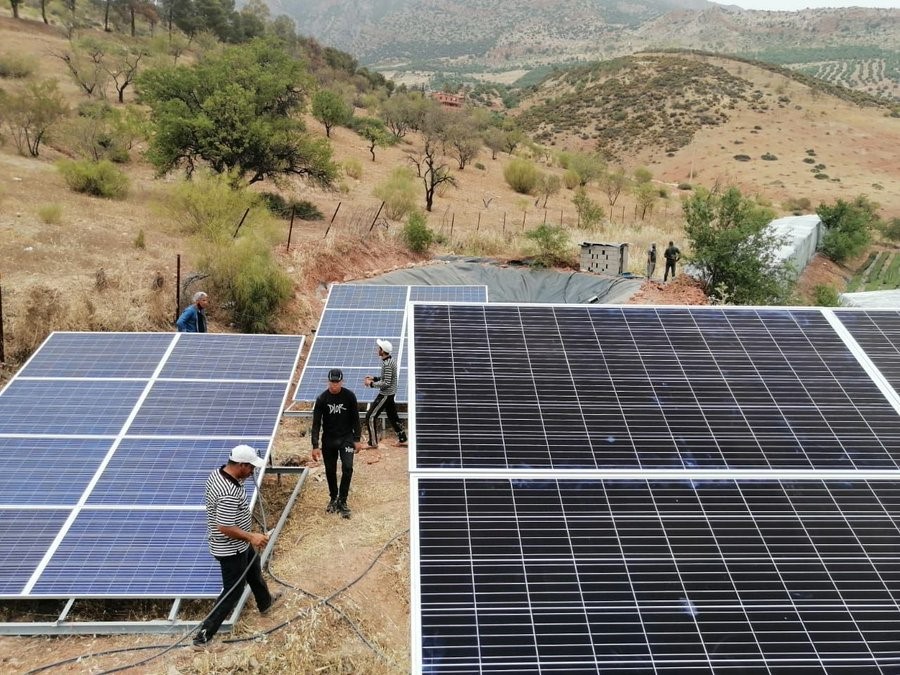 The HAF team completes the installation of the solar system in the Ouaouizeght fruit tree nursery, June 2021.

Moreover, HAF maintains various partnerships that represent the values of environmental sustainability in the Kingdom and abroad, such as with Morocco’s Department of Water and Forests at the Ministry of Agriculture, Ecosia, Rotary International, FRÉ Skincare, Credit Agricole, Germanwatch, and the USAID Farmer-to-Farmer Program. Yves Saint Laurent’s (YSL) partnership with the High Atlas Foundation also led to the creation of a women’s cooperative that manages the growth of flowers for Ourika Gardens, a YSL project created in honor of the commitment to social and environmental impact in Morocco. The regard that HAF has for planting trees and water relief initiatives has been reflected within these partnerships and the many actions that have been made possible because of them. 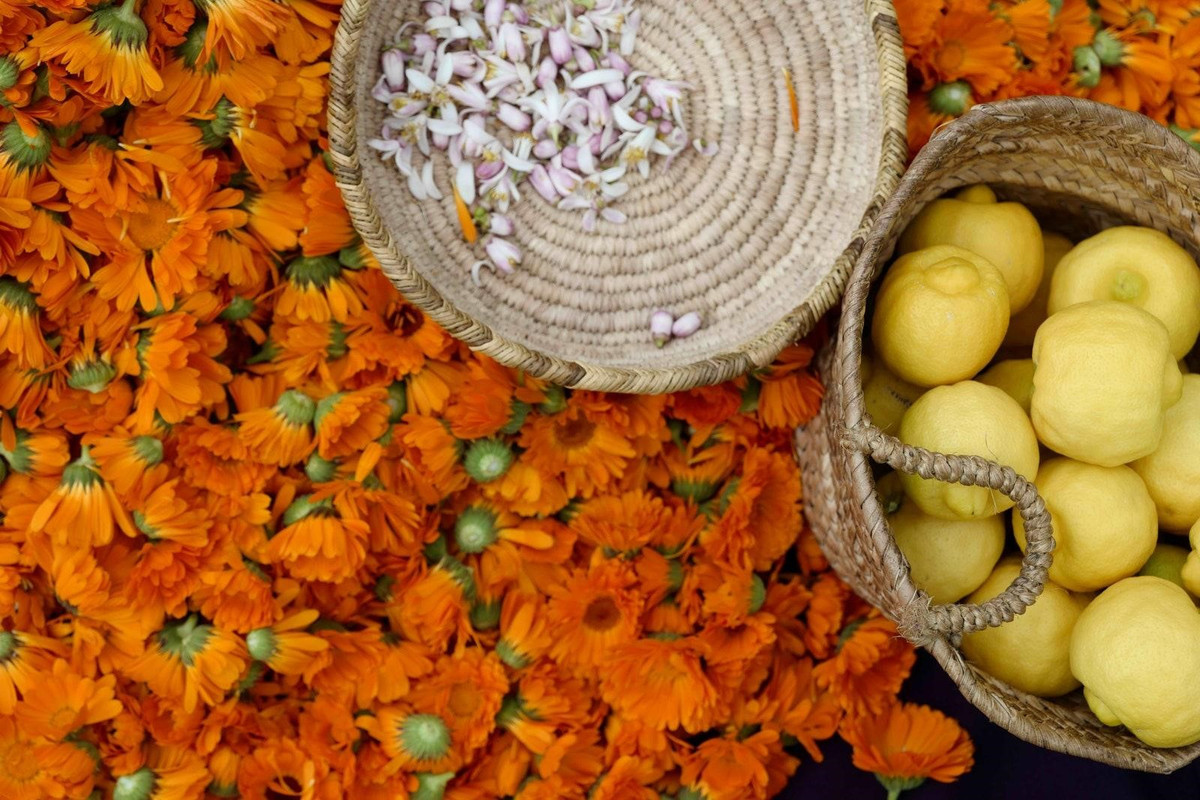 Flowers grown by a women’s cooperative created in partnership with YSL and High Atlas Foundation, as featured in Vogue (2019).

Learn more here about how HAF aims to counter desertification by sequestering carbon via the planting of fruit trees throughout the Moroccan drylands. Afous Ghissiki: A Project to Promote Organic Agriculture in Guelmim

By Karam-Yane Azzabi, Program Coordinator The HAF team visits Tighmert Oasis to meet farmers who benefited from the Afous Ghissiki project and planted trees with HAF in 2021.… 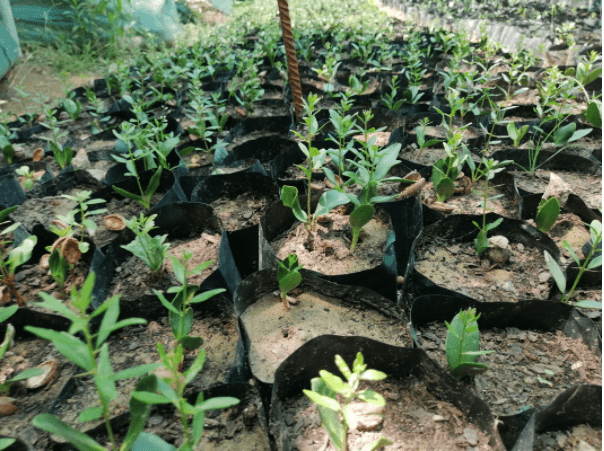