Women’s Empowerment at the Heart of Imagine Workshops 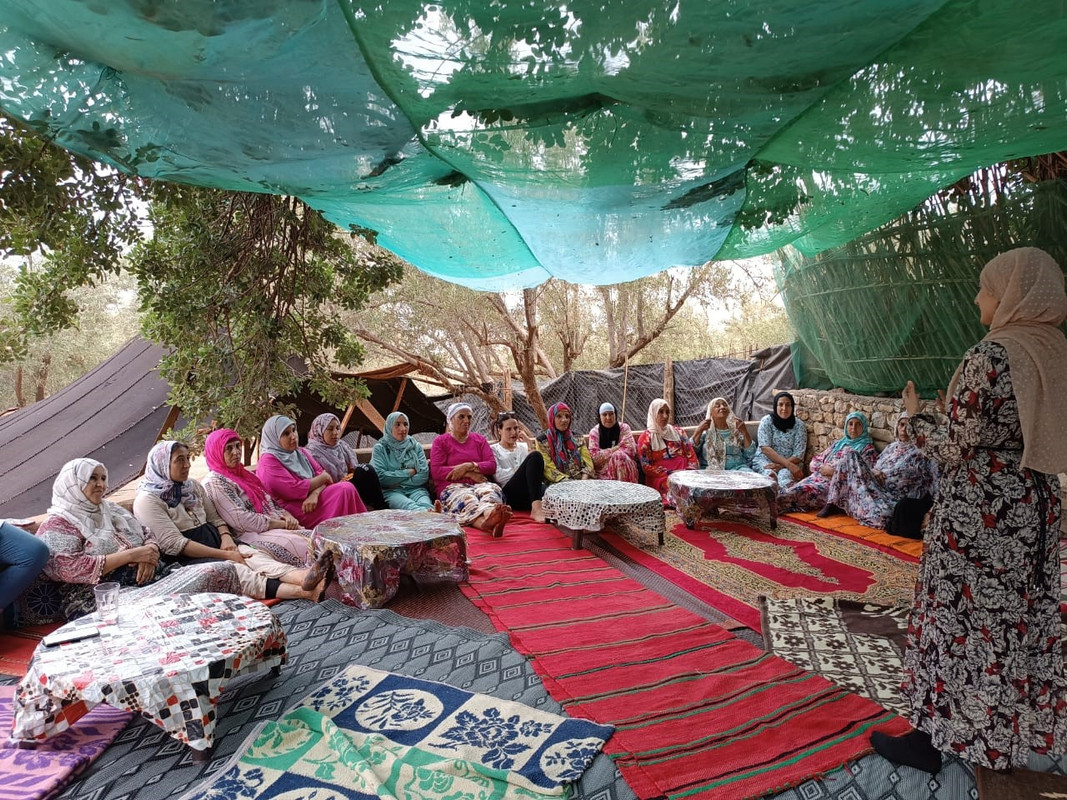 A group of women participate in an Imagine Workshop in the Ait Oum El Bakht commune, Khenifra province, as part of the Family Literacy program implemented by the High Atlas Foundation in the Beni Mellal-Khenifra region and financed by the European Union. Photo: HAF

I was very fortunate to attend the Imagine workshops that took place in Ait Oum El Bekht, between the 20th and the 23th of September. The workshops I attended are some of many that are targeting 400 women in the region of Beni Mellal-Khenifra that aim to promote literacy among women and empower them. I went to the workshops with the intention of being an observer and learner, and quickly found myself part of a second family that hosted me and welcomed me as if they had known me for years.

The four-day workshops carry a mission of empowering women and raising their awareness about topics they often discuss but have little credible information around, topics they know nothing about, and others they are not encouraged to talk about because of culture and taboos. Since the first meeting, I had a feeling of security and belonging with the organizing team, the beneficiaries, and the local partner. How couldn’t I when everyone was willing to make everyone’s experience enjoyable and meaningful? I got the chance to relive memories of spending family time in my father’s hometown where the community’s priority was showing hospitality to guests and bringing enormous joy and comfort to their hearts.

To me, the Imagine workshops are not only an opportunity to learn new things and unlearn misconceptions about different topics. Imagine workshops are an opportunity that every woman deserves to benefit from at least once in a lifetime to reconnect with her inner soul, build her self-confidence, get inspired, and show true emotions. The safe space that was provided to the beneficiaries since day one was fascinating. In a world where people are more and more cautious about keeping their true feelings and secrets to themselves, I was surprised by the women’s capacity to trust us and show their true emotions. We laughed and cried in an accepting environment dominated by appreciation and gratitude for the opportunity at hand.

One of the main criteria that made my experience remarkable and unforgettable is joining the amazing team of superwomen who organized the workshops. I am forever grateful to Bouchra, Sanae, Ilham, and Fatima for their incredible efforts to make the program as successful as it was. The amount of effort, attention to detail, and passion for the work they do will always remain a source of inspiration to me. When the workshops ended, we went back to our place of accommodation, and that’s where another enjoyable experience started. I never felt like a stranger among these ladies. They welcomed me and considered me as one of them.

I am very touched by the experience because I am always advocating for women’s empowerment and the urgency of having women supporting one another. Imagine workshops provide exactly that: an enabling and encouraging environment where women grow, learn, feel empowered, and get inspired. 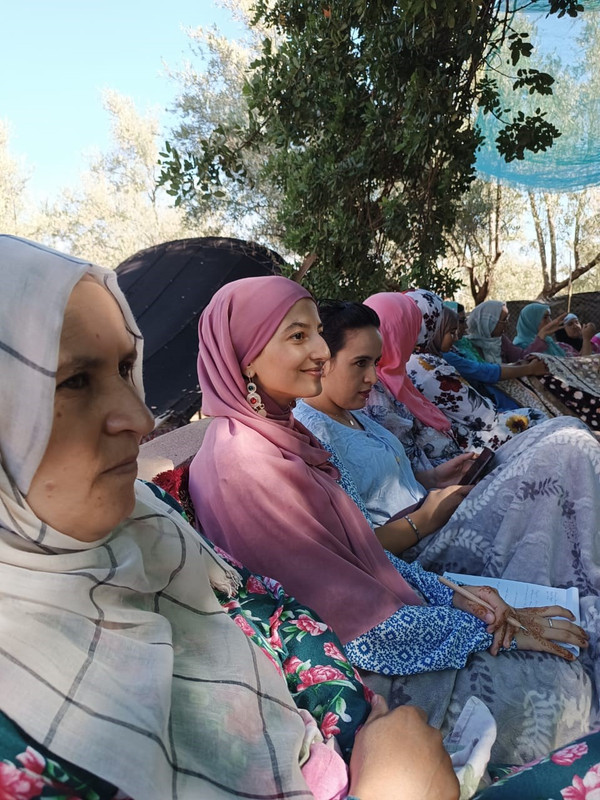 Khadija (center) participates alongside other women in an Imagine Workshop in the Ait Oum El Bakht commune, Khenifra province, as part of the Family Literacy program implemented by the High Atlas Foundation in the Beni Mellal-Khenifra region and financed by the European Union. Photo: HAF