What You Need to Know About Quinoa 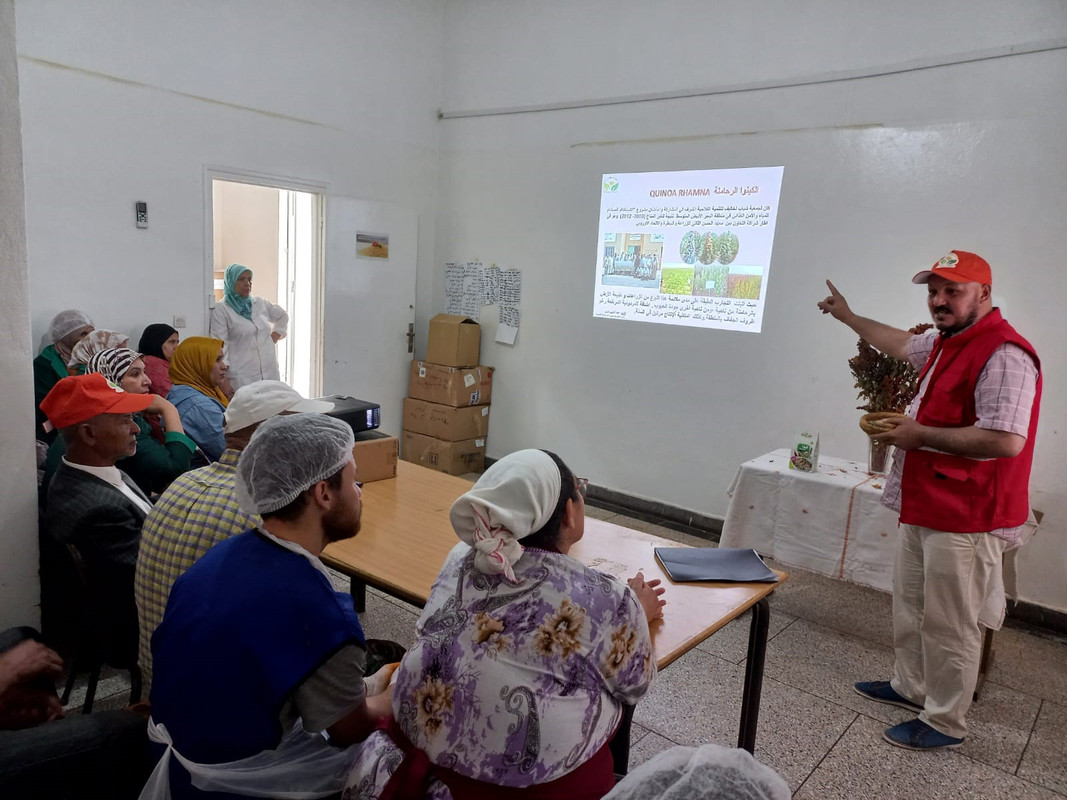 The F2F volunteer delivering a workshop to the members of Sanad Cooperative. Photo Credit: Houria Chouhab

Until recently, quinoa seeds were not widely known in Morocco and only people who had worked with it before knew of its importance and value.

In a needs’ assessment visit carried out in March 2022, the USAID’s Farmer-to-Farmer program team observed that the members of Sanad Agricole Cooperative needed training on how to grow quinoa and the different products that can be made with it.

Three months later, the team returned accompanied by a local F2F volunteer who is the president of a seeds cooperative in Rhamna province. This local volunteer had started to grow quinoa in late 2008 and has participated in several forums where his cooperative exhibited the various products they make out of the quinoa seeds. Today, he is gladly sharing his knowledge with other cooperatives in order to help them become more familiar with growing, treating, and using this plant.

Quinoa seeds first began growing in the Andean region of South America 7,000 years ago and it was considered to be a sacred seed for its value. Unlike wheat and barley, quinoa does not need a great deal of water, and notably has the unusual ability to adapt to different agro-ecological zones and climates. Additionally, quinoa is considered a great source of fiber and protein, helps maintain a healthy weight, and lowers the risk of heart disease.

Thanks to the special taste of the quinoa flakes and its distinctive nutritional composition compared to other seeds, quinoa is now becoming a part of many food systems.

The question that is more often raised is ”what can be made from quinoa?” or “how can we eat quinoa?” The most popular way of consuming quinoa is adding it to a salad, along with other ingredients. You can also make a soup out of quinoa alongside vegetables; this dish could not be any healthier! Lastly, bread, biscuits, cakes, and pasta can also be made from quinoa, and there are some cooperatives that are experts in prickling the quinoa. 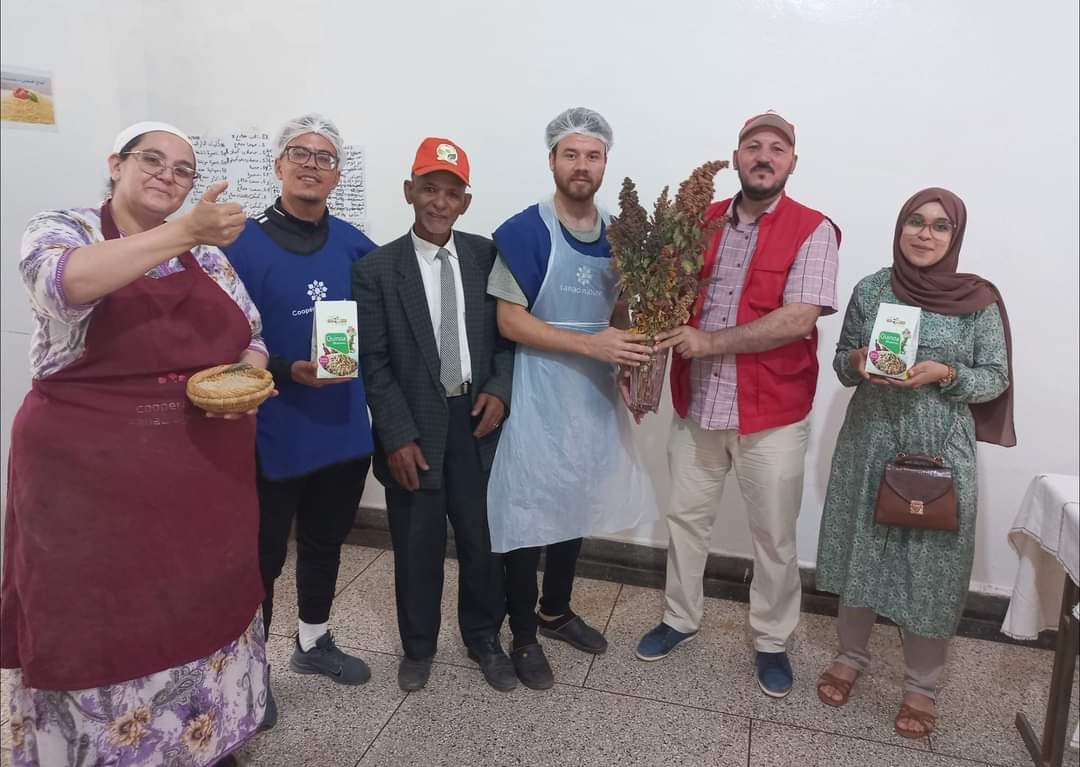 The Farmer-To-Farmer volunteer shared the aforementioned information with the members of Sanad Cooperative. The theoretical part of the training was interesting and grabbed the attention of the attendees who were keen to learn more about the grain; their enthusiasm and interest in learning more was clearly demonstrated in the number of questions they asked the trainer.

The practical part of the training consisted of moving to the cooperative’s land for the members to attempt to plant the quinoa. The team’s volunteer expert noticed that the seeds were randomly distributed and not enough attention was given to the seeds’ placement; as a result, the quinoa may not grow properly this time. . The F2F volunteer provided advice to the cooperative members on planting the quinoa so that the next season of planting and growing  will be better than this first one.

By Zineb Laadam HAF Program Manager At first glance, Mrs. Nezha Bazzi, and Ms. Hassna Bazzi look no different from any other rural women in Morocco. They live…