What development vividly means: A report about my Internship at the High Atlas Foundation

by Till Dahlmüller
Marrakesh, Morocco

Mid February 2015 I set off for ten days in the High Atlas Mountains, an undertaking that was in keeping with the terms of my Internship at the High Atlas Foundation (HAF) in Marrakesh. It was these mountains from which the Foundation derived its name.

The HAF is an Moroccan-American NGO which was founded in 2003 by Yossef Ben-Meir, a former peace corps volunteer. The Foundation’s work encompasses different forms of development aid for rural areas such as youth education, women’s empowerment, food & water infrastructure and sustainable energy. All of the projects launched by the Foundation have been previously chosen by the people of the province themselves. This participatory approach serves democratic development and at the same time helps to do away with top-down development policies. However, hearing and reading about development is one thing. Observing its practical application and understanding why it is necessary is another matter. This is the reason why I decided to go to Amszouzert  (Tifnout). In the following passage I would like to relate, in a subjective way, the experiences I made there so that practical development can be seen more vividly.

Viewed through a car window, I was confronted by two contrasts upon entering the valley, two contrasts which would accompany me throughout my stay: On one hand barren mountains devoid of  trees or forests and powdered by dusty orange soil. On the other hand lush, green terraces cultivated close to the river. This scenic contrast corresponds to the life of the people. Whereas building houses of clay and stones seems to suggest itself, cultivating the land calls for more and harder work, passed down knowledge and creative solutions.

The working day begins at 8am and ends at 18pm. Young children are already busy carving terraces from the slope, collecting wood, and transporting it with the help of donkeys. They may well accompany their mothers while they are minding the animals.

But the results then are admirable; dozens of new green terraces, water canals, small waterfalls and almond trees. An environment which apparently accommodates contented people, who identify themselves with an environment shaped both by their ancestors and by themselves.

However, life is hard, and the increasing load of physical work causes many injuries and serious diseases. Moreover, the people are still poor, living from self-sufficiency. Due to their isolated situation the people developed an attitude of independence, community sense and solidarity (even the few main gravel roads were built by the people themselves). To feel and to see all this was most inspiring, especially for someone like myself who had grown up in a big German city – where the social concept of individuality and reliable institutions and infrastructures provide a sound basis.

At the end of the line, however, social, economic and health improvement can only be achieved or bettered through monetary and technical support. And this is the point where the work of the High Atlas Foundation comes into play.

In the initial meetings with community representatives the Foundation larns what the community wishes to develop. As a result the provision of clean, the construction of proper washing places (to avoid chemicals flowing into the rivers), the planting of tree nurseries to help stop erosion have already been set up in Tifnout and other Provinces.

At the time of my visit Fatima Baamrani, Project Manageress of the Province, heavily involved in helping the people of Tifnout to develop their valley, focussed on the establishment of a women’s cooperative. To explain the necessity for the latter, she only had to refer to what I had seen since my arrival. The women work even more than the men do. They not only care for the children, but they also do the house work (which includes cleaning, cooking and making bread and butter). They are also to be seen working in the fields, minding the animals and carrying heavy loads of wood and grass on their backs. This – as I see it – is unjust and of strict patriarchal gender thinking. This is again reflected by the financial situation of the women: the little money that is availlable, inevitably ends up in the pocket of their husbands.  Once they are ill or, perhaps even worse, unfit for work, they become totally dependent on the support of their husbands, which in most cases is missing. By means of a cooperative, women are not only strengthened in their sense of self-esteem, but they also hope to to become more independent of their husbands. E.g. they are able to pay for their own medical treatment.

In conclusion, my stay was not just a visit, but rather a small, yet instructive insight of life as it is with other people. Working five days in a row with three other men, rebuilding a terrace, that had disintegrated as a result of erosion, allowed me to gain a practical idea of what working and living really means.  After six hours of heaving and carrying  big rocks, battering stone with a pickaxe and making the most of a fair quarter of a Tajine made for one-man, I was simply wiped out, finished ! Nevertheless, I was still happy to see the result of the work; a terrace upon which a dozen trees will grow in the course of a year, funded by the the Foundation.

Till’s experience in this HAF project, was made possible by its partnership with Bureau of Oceans, Environment and Science of the U.S. Department of State.

On a Saturday last March, the Teachers Association of Life Sciences and the Earth, partnering with the High Atlas Foundation, completed planting 110 Argon, carob and olive trees… 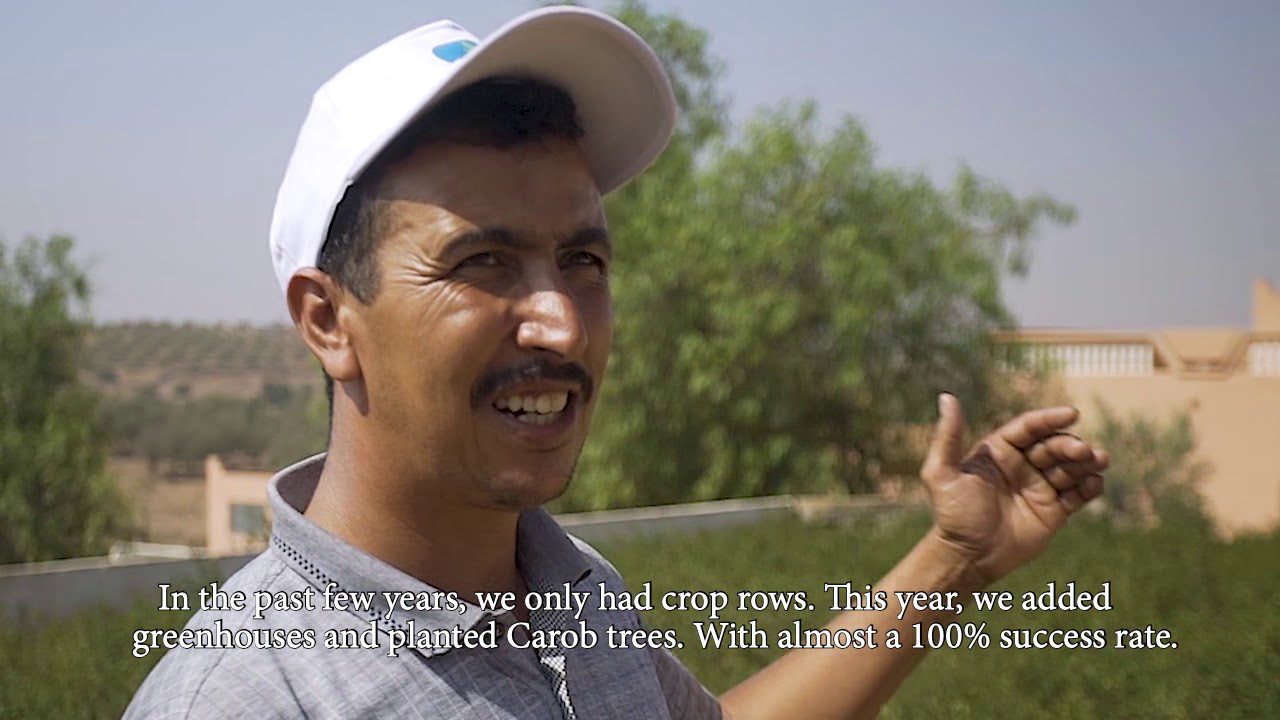