On November 30, 2021, the American Sephardi Federation’s (ASF) Institute of Jewish Experience launched their campaign “Reclaiming Identity” by hosting a webinar during which the Jewish people of Arab lands and Iran shared their stories of identity, struggle, and redemption. The webinar specifically acknowledged the rich Jewish heritage that was lost across these nations. 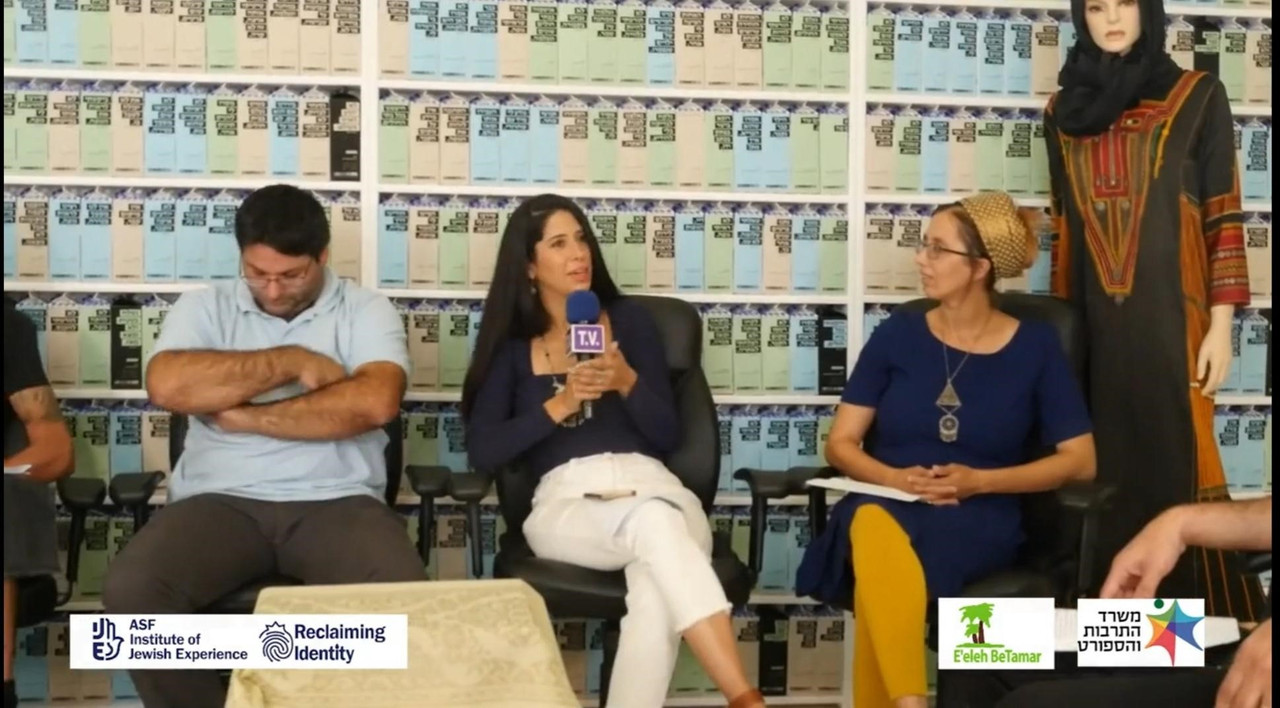 Personal stories of Jewish participants were featured at the webinar.

Designated by the state of Israel, November 30 is an annual national day to commemorate the Jewish exodus from Arab and Muslim lands. The event brought together Jewish people from different parts of the world to share their unique personal stories and contribute to restoring their Jewish heritage. The webinar featured both live and recorded stories of participants based in the UAE, USA, Canada, the United Kingdom, and across Europe.

Rabbi Dr. Elie Abadie was one of the many participants who shared their experiences during the exodus from the Middle East to, in his case, Mexico. His story started back in 1947 when the United Nations established the Partition Plan, which triggered violent demonstrations across the Arab world and Iran. Arab youth subsequently rose against their Jewish communities, destroying their properties, looting their shops and damaging their synagogues. Dr. Elie’s family, like most Jewish families in Syria, were forced to flee their home and escape to Lebanon. Nevertheless, Dr. Elie ended up returning to Dubai as a Senior Rabbi of the Council of the Jewish Community in the UAE and reclaimed his Jewish identity. 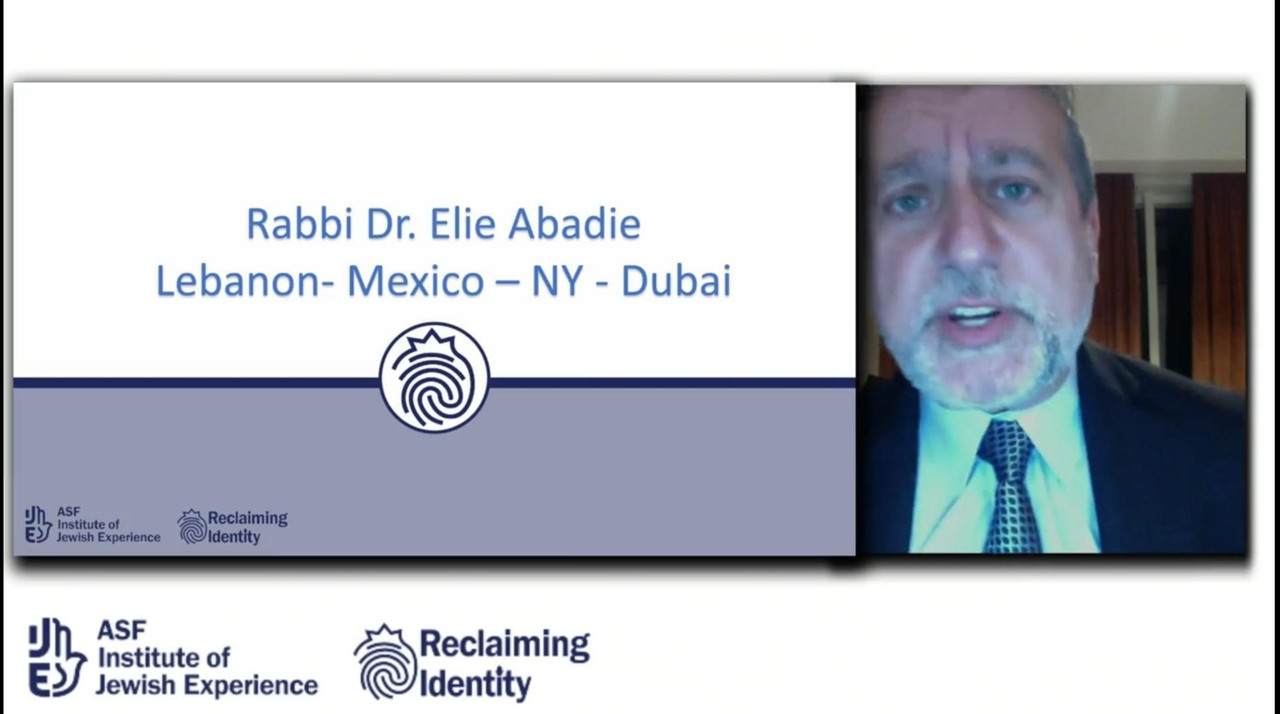 Rabbi Dr. Elie Abadie shares his personal story of exodus from the Middle East to Mexico during the Global November 30 Webinar.

Dr. Edwin Shuker, an Iraqi Jewish Philanthropist, recalled the tragic experiences Jewish Iraqis Jews went through after the Arab-Israeli war of 1967. After the Arabs had lost the war against Israel, there were reprisals against Iraqi Jews. The latter were accused of being spies and were tortured and killed by public hanging. Dr. Edwin and many other Jewish Iraqis sought refuge in the United Kingdom. After a long journey of struggle, he returned to Iraq and became heavily committed to ensuring the revitalization of Jewish heritage in the Middle East and its continuity by working on the preservation of Jewish shrines that have long existed in the region.

Dr. Shimon Ohayon was born in Morocco and immigrated to Israel in 1956. He is currently the Director of the Dahan Program through the American Sephardi Federation. During his presentation, Dr. Shimon talked about the sufferings of Jewish communities across the Arab world following the UN resolution in 1947. They had been deprived of their nationality and nearly 1 million Jewish people were forced to flee their homes. The stories of Jewish-Arab communities remained hidden for years. Yet, nowadays, several institutions are devoted to reviving the old Jewish heritage in Arab countries.

As a result, Jewish culture has flourished in recent years as many projects are taking place, including the establishment of orchestras like the Andalusian and Al-Nour group, which both focus on showcasing the Jewish heritage in North Africa and the Middle East. In addition, the Abraham Accords and the normalization of ties between Israel and several Arab countries give hope that the heritage which was nearly forgotten is being restored for upcoming generations. Dr. Shimon also praised Morocco’s efforts in preserving Jewish heritage through the establishment of the Research Centre for Hebrew Law in Essaouira. 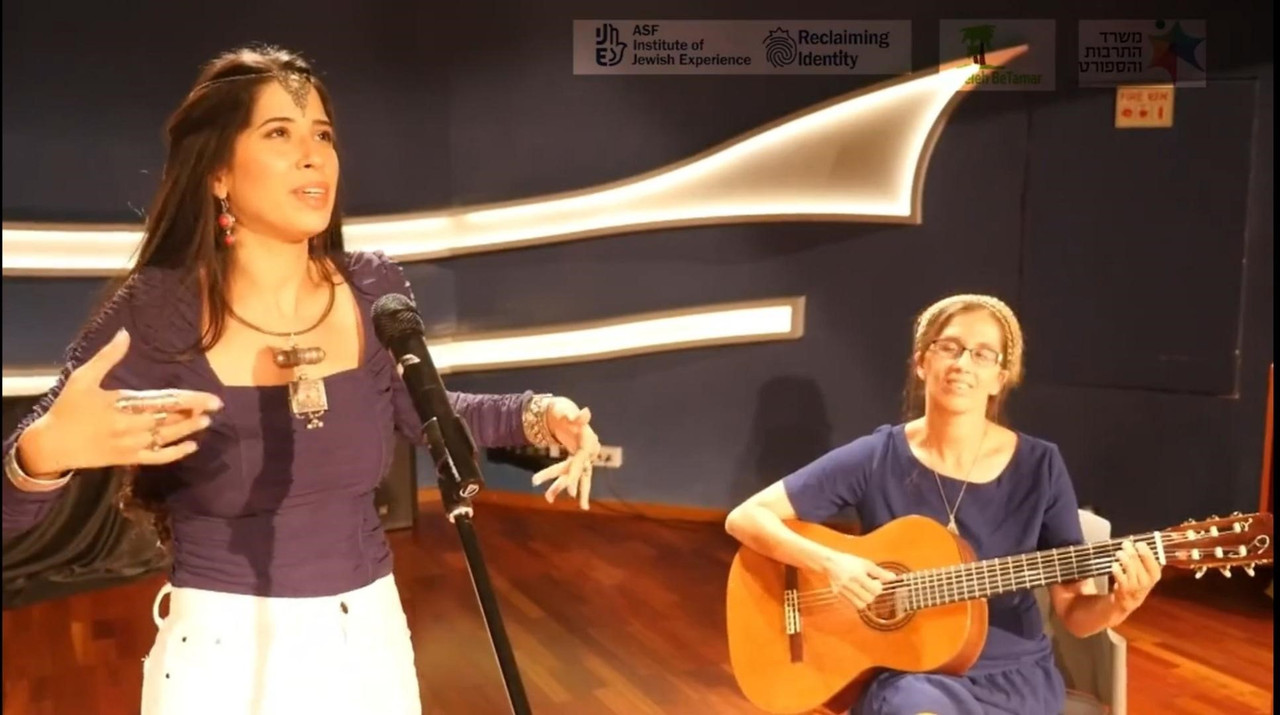 The “Reclaiming Identity” campaign launched by the ASF Institute of Jewish Experience goes hand in hand with REMA’s objective, which is to collect and preserve stories of ethnic and religious minorities, with a focus on Jewish communities in Morocco.

Soukaina Kherdioui is a Cultural Field Coordinator currently based in Rabat.

This article was completed with the support of the United States Agency for International Development (USAID) Religious and Ethnic Minorities Activity (REMA), and the High Atlas Foundation is solely responsible for its content, which does not necessarily reflect the views of the USAID or the Government of the United States. 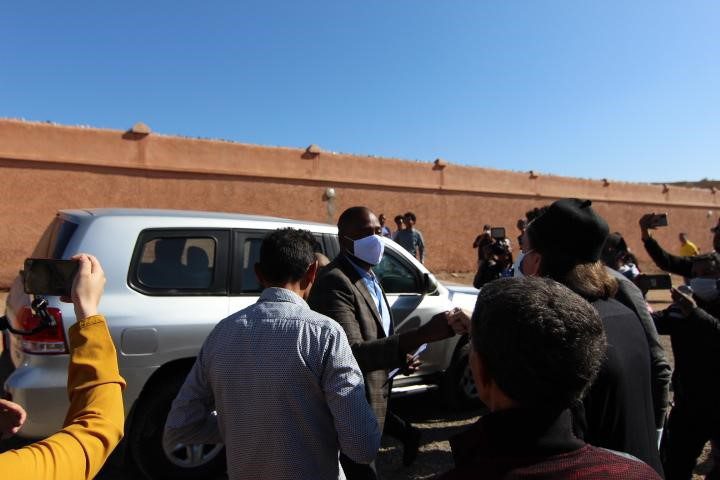