Unanswered Questions are an Inevitable Facet of Life 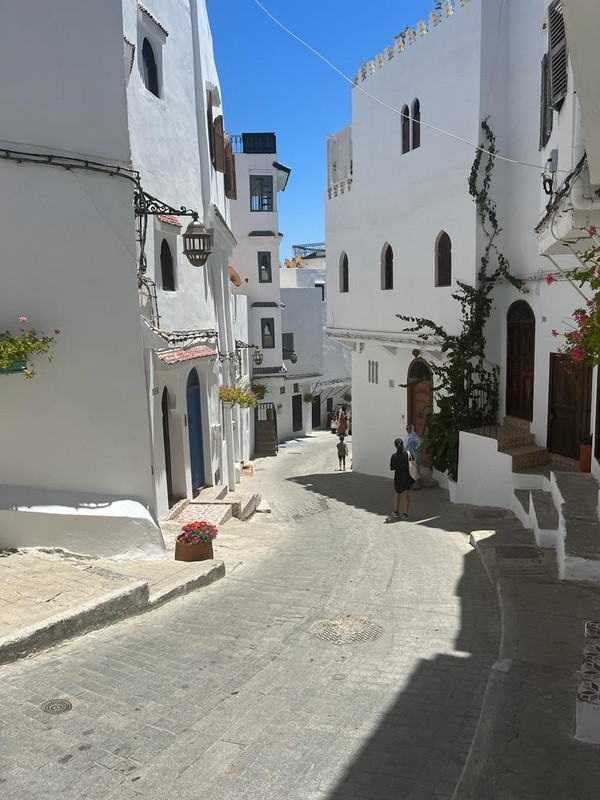 While roaming through the winding hilly streets of the Tangier Kasbah, I made a friend. He was laying in front of a shop front as we walked by, with ribs protruding and matted dirty fur. The merchant shooed him away; sickly strays are bad for business. We all stopped to look at the dog and a small boy walking by called him perrito, little dog. For unknown reasons, Perrito chose us as companions. As we continued to shop, he trotted alongside us, limping as he went. When we stopped, he stopped. When we walked, he walked. What at first seemed like coincidence of a stray in search of shade soon revealed itself as a strange sort of bond. We assumed he must’ve been hungry and hoping to score food from some guilty tourists. We bought Perrito a slice of bread and held it out to him to feast on; however, he turned his nose away and refused to eat.

“He won’t eat it,” a man sitting nearby said in French, pointing at Perrito. “He never eats because he is sick.” We offered the bread to the man, who accepted. I wondered aloud if there was anything that could be done. By sheer coincidence had we crossed paths with Perrito, and in an hour we would be leaving Tangier forever. I wanted to help the poor dog, to take him to the vet or to hide him in my carryon and take him back to Marrakech. But there was nothing I could do beyond offer the bread and the companionship. He followed us further until we left the winding roads toward the sea, where he took off to roll in a patch of grass.

I’ll never see Perrito again, nor will I know his fate. The longevity of a limping, starving and sick stray are not optimal. Our brief crossing of paths was the only opportunity that I had to make a positive impact.

A few days later I was planting trees and felt a similar fleeting helplessness. I was aware of my temporary and minute impact in a moment that was months in the making. The saplings were the result of a year of growth, care, and dedication. The holes that we planted them in were the result of hard work and labor by farmers who dug them. I held each plant gingerly, unwrapping them from their casing and slowly placing them into the deep holes, guided by local farmers who explained the correct way to bury the saplings. I must have planted at least 30 trees, but I’ll never see them grow to adulthood. There is nothing I can do beyond that moment in present that will empower or harm their growth. The trees I planted might one day produce fresh produce that enables the farmers’ economic growth, or they could die.

Most encounters in life are fleeting. Most impressions that individuals have of us are based off short interactions, and most of our impacts on the world are minimal. I have made dozens of strong bonds in Marrakech but had hundreds more short and minimal interactions. From the children at the many schools we visited, to the cooperative owners and university students from Beni Mellal. All that these individuals will remember of me (if they remember me in general) is whether our interactions were positive or negative. The long-term outcome of these interactions and moments is invisible to me.

Dealing with the intangibility of impact has been a struggle. Tangible results are satisfying and putting your name to a result is gratifying. Coming to terms with the fact that my overall impact on HAF is in the form of tiny little ripples of interaction is to cope with my own selfishness. I am not a big fish in a small pond, I am a cog in a machine. Western work ideology tells us that this is a sign of failure; success is defined by working up the ranks, by name value and accreditation, by personal and individual success. I’ve began to reconsider whether this is accurate. Leaders are important, but not everyone can be president, and not every action in the workplace can be met with immediate results.

Such is life. I could continue to go through all the unresolved threads in my life and unknown impacts, but it would be monotonous. I hope our furry friend from Tangier is okay, I hope the trees we planted blossom, I hope every child at the schools we visited grows up to be successful. A thousand ripples of impact are not as satisfying as one massive wave, but that is something I must learn to be okay with.

By Sabine Stratmann HAF-UVA Intern Three interns sitting across from me sparked a game to play. One girl suggested that the people around her should shout out random…

Grafting: From Farm to Table

Addie Simkin HAF-UVA Intern On Monday I made couscous. That morning, we traveled to a HAF tree planting site to learn about grafting. Abdelilah taught us that grafting…