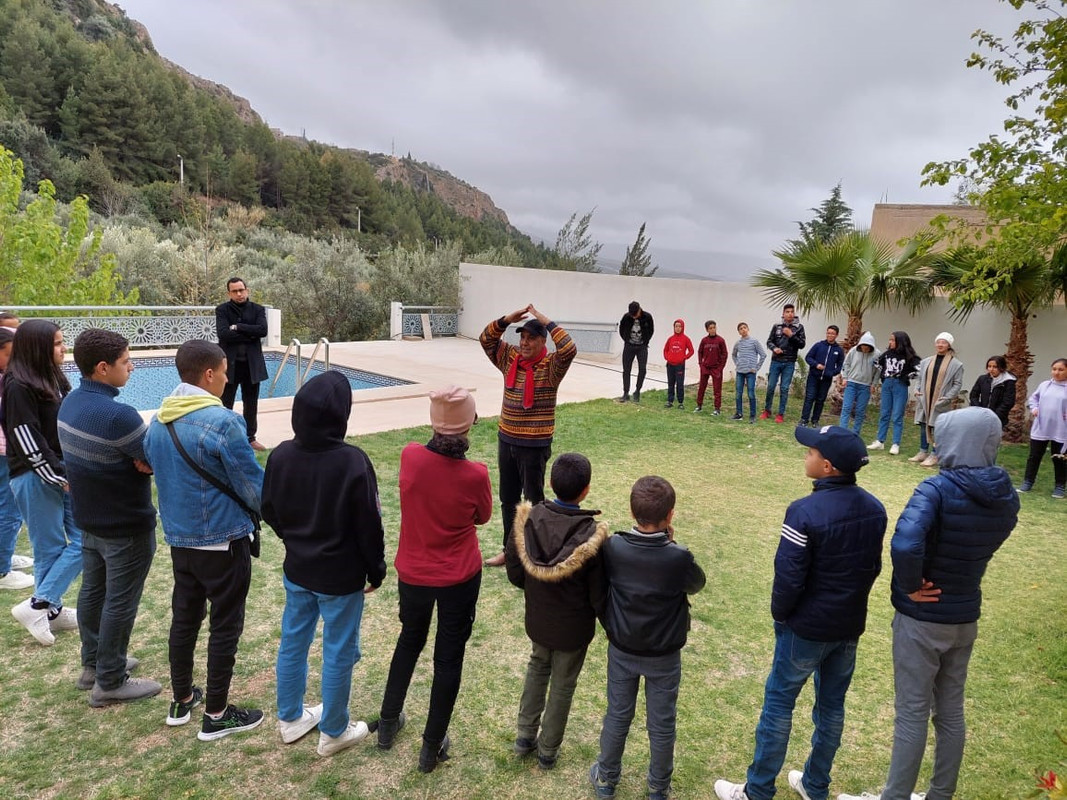 Charif Idrissi Middle School students  learned about animals, ecosystems, trees, and how to protect them through a set of workshops organized by the Peace Corps in collaboration with the High Atlas Foundation.

Afterwards, the children engaged in another activity regarding the needs of animals, as they are a vital element in the ecosystem as well as in our lives; this activity demonstrated to the students the methods that should be followed in order to protect animals. After having a small talk with the students, we divided them into two groups, one representing animals and the other their needs, such as water, food and shelter. Each student playing the role of an animal chose one of those needs. The hidden message is that if needs aren’t provided, it could have a negative effect on the animal’s life.

Next, the students learned about the importance of trees. It has a strong connection with land, sun, animals, birds and people and how to provide enough oxygen to protect soil. Then, we began a small activity where one student played the role of a tree and two others were the roots. The students came to the conclusion that in order to make a strong tree, its roots must gain enough oxygen and minerals from the soil. Trees are like human beings; they eat, drink, get sick and will ultimately die.

Finally, Mr Aziz Rahmouni presented a video about the types of fruit trees: cherry, pomegranate, carob, olive, walnut, argan and almond, and their different roles in various fields, such as ecology, economics and nature. 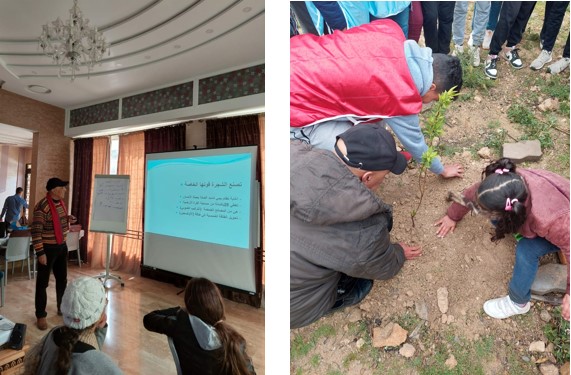 By the end of the day, the students were very happy and grateful for the efforts made by the Peace Corps and the High Atlas Foundation team and gave their full attention to the presentations. They were all eager to learn about the importance of trees and had a hard time leaving the nursery, and we promised to pay them more visits in the near future.