To the Base of the High Atlas Mountains

When I first visited the Regraga Cooperative in August with HAF’s Farmer to Farmer (F2F) program team as a volunteer, I was acquainted with the concept of helping smaller farmers and co-ops in Morocco by bringing in experts in relevant fields, but my observation taught me much more.

We were on our way to the town of Amizmiz, situated at the base of the Atlas Mountains. As the city of Marrakech disappeared behind us, I learned that the F2F volunteer expert specialized in business and marketing, and, hence, he was just the man for the job. As we pulled up to the town, I was excited to see what was in store.

The Regraga Cooperative was unassuming from the outside, with its only marker being “Regraga Family” painted onto the wall across from the entrance. As we entered through the small door, we were greeted with a covering of grapevines and fig trees. The door read “No male allowed,” a testament to the all-female nature of the cooperative (an exception was made for us in this instance). We were greeted not only with warm welcomes but also with a traditional Moroccan breakfast. I was encouraged to help myself. The food was not only delicious but also homemade. The women of the cooperative were talented bakers and cooks, and I was given the opportunity to see the space in which they work. The building was laid with traditional zellige tile, and the kitchen was constantly in action.

As we sat around the table, the consultancy began over a glass of mint tea. I had one main obstacle—the fact that, naturally, the discussion was in Darija (Moroccan Arabic), which I do not speak. However, my HAF colleagues were accommodating and would intermittently translate so I could keep up with the conversation.

The HAF team, representing the F2F and Family Literacy programs, and local F2F volunteer expert Abdelouafi discuss the workshop with the president of the cooperative. Photo: Houria Chouhab/HAF

The discussion began with how to make the cooperatives’ vision of being a cosmetics producer a financially viable reality. As the women representing Regraga explained the troubles they were having not only with sourcing all the materials to create the cosmetics but also with their lack of knowledge in the scientific process of formula-making, the F2F expert identified the first area for improvement.

While cosmetics have been a goal for Regraga, they suffered financially like the rest of the world during the COVID-19 pandemic. To venture into anything new, they need to become financially secure using the resources they already have. When inquiring into how they currently make money, the expert found that Regraga is actually flourishing when it comes to edible goods, such as couscous and aromatic plants. By identifying this potential to become more financially secure, the expert presented a possibility for the cooperative to create a secure foundation to grow upon. However, the women are determined to follow their passion of producing cosmetics, and they showed their strength by insisting on this point.

Delving further into the operational foundations of the cooperative, I was inspired by the independent, all-female nature of the organization. Seeing not just the members but generations of their female family members working in unity under one roof offered a glimpse into the strong culture among Moroccan women, based in craftsmanship and culinary practice. This is why I was surprised that the co-op lacked a sense of organizational structure that made it hard for them to expand. When the expert began to understand this, he was able to delve into the areas of development that had not yet been considered. With all this in mind, he was able to make a clear plan for the next day: first focus on organizational structure, next on finances, and, finally, on what the business will actually sell.

The second day involved team-building and taking a deeper look into the issues that the cooperative faced, which seemed unrelated at first but were condensed to two points with the help of the F2F expert. They lack financial means to invest capital, and they do not have enough women to help each other with different tasks. The members were encouraged to tackle these issues by working as a team and focusing on the cooperative’s vision of starting the cosmetics business. 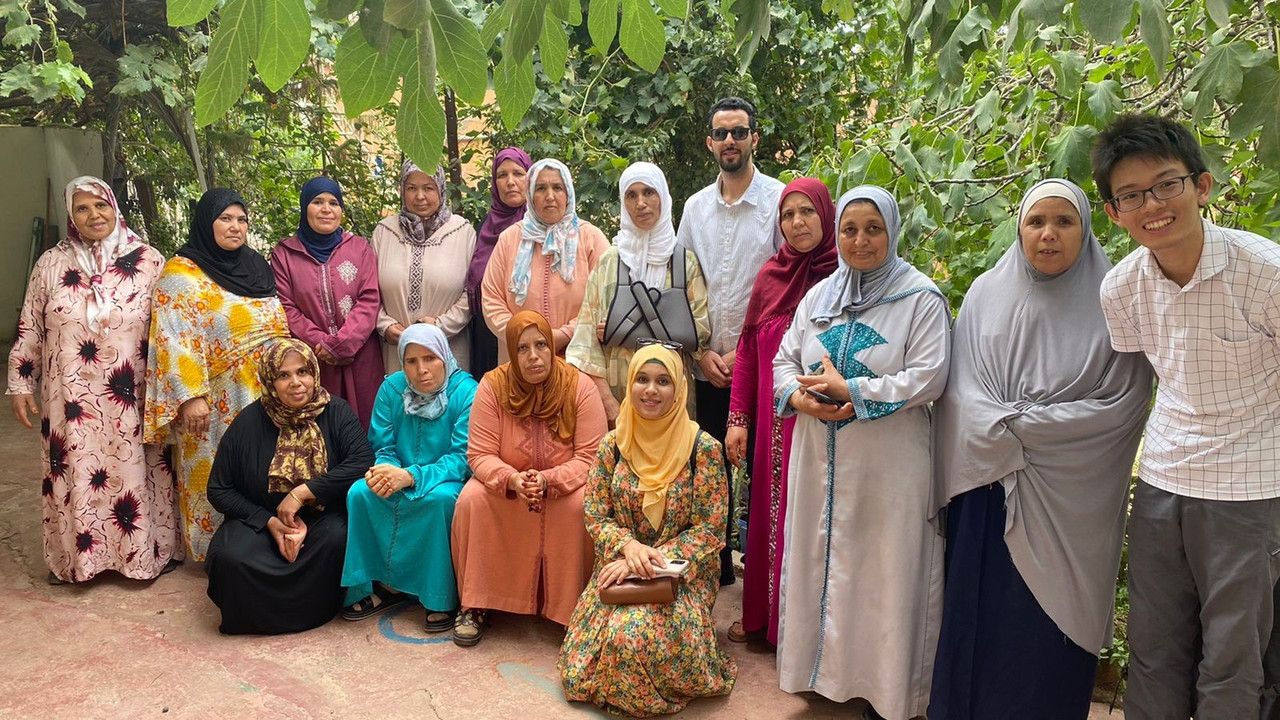 The language barrier made me focus more on body language. The cooperative members started out the session often looking shy and uncertain. However, near the end, I could tell they were feeling more confident and determined. What I love about HAF initiatives and programs like F2F is their focus on sustainability, not only environmental but also in terms of business and community development. A sustainable business gives workers financial independence, emotional security, and a sense of hope for the future. I, too, am hopeful that the F2F program as implemented by HAF will play a key role in strengthening Morocco’s agricultural sector and solving rural underdevelopment. 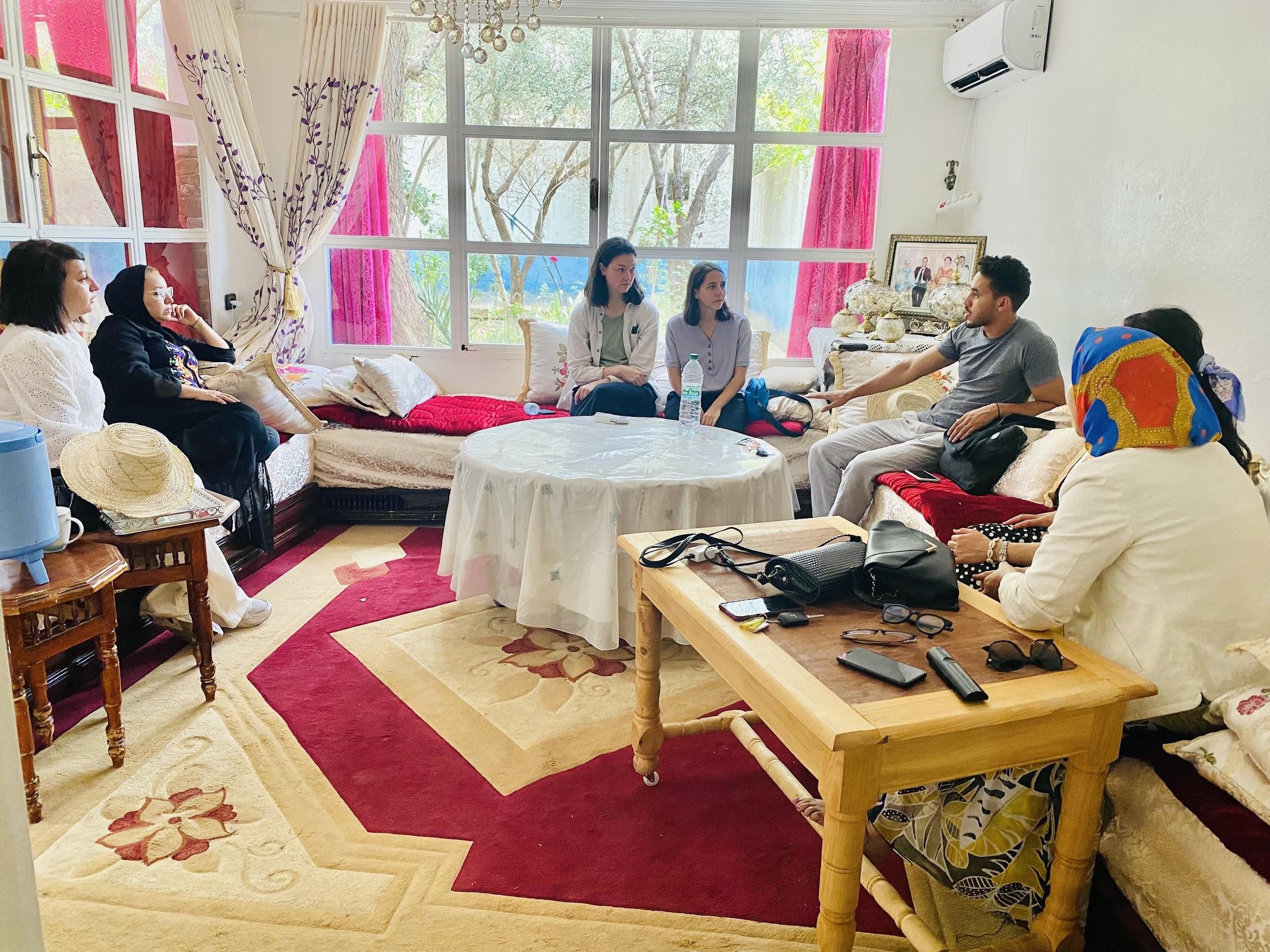 A Common Goal, A Common Success

By Zineb Laadam, HAF-F2F Field Officer The F2F team and the U.S. F2F volunteers discussed their assignments with the members of Wachmat and Sanad Cooperatives. Photo: Zineb Laadam/HAF…