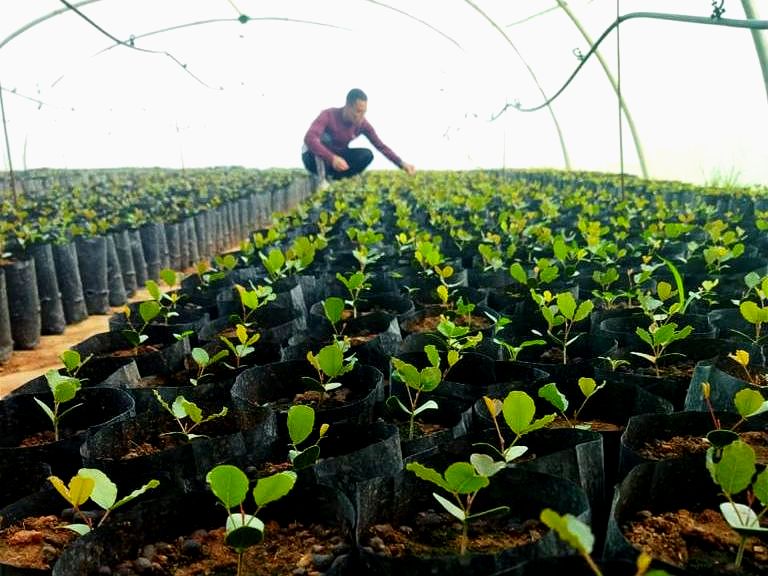 It is common that each religion has its own new year celebrations that mark events or simply cherish the divine orders of days and months. These festivities usually mark the end or beginnings of new cycles of prosperity and being thankful for God’s blessings. However, the Jewish culture celebrates an entire holiday that is specifically dedicated to trees. The choice of trees emphasizes their importance to human beings and the environmental ecosystem as a whole.

According to the Babylonian Talmud, Tu Bishvat is the Rosh HaShanah La’Ilanot, New Year of The Trees. As its etymology indicates, Tu Bishvat is literally translated into “15th of Shevat.” This date indicates the beginning of the agricultural cycle for the purpose of biblical tithes. It distinguishes between the fruits of last year and the fruits of a new year.

Tu Bishvat is deeply rooted in the Hebrew concept of Tikkun Olam , which refers to the humans’ obligation to behave according to ways that can benefit the society and repair the world by honoring God’s creations, namely trees. Besides the fact that this holiday marks the cycle of giving, and monitors the growth of trees, one of the ways it is celebrated is considered a direct contribution to the battle against climate change.

Despite it being a religious holiday, the celebration of Tu Bishvat is of great importance to not only the Jewish people, but to the world as a whole given the positive environmental impact it generates. One of the core practices during this holiday is to plant trees. Thus, Jewish and non-Jewish people can celebrate this tradition at different times of the year either in Israel, as the Talmud indicates, or in the diaspora.

Referred to by the secular and global communities as the Israeli Arbor-Day, the practice of planting trees in January is very common in the Mediterranean region given the suitable climate. Thus, the High Atlas Foundation (HAF) has made the third Monday of January, this year January 17, its annual day to raise environmental awareness and launch its tree-planting activity simultaneously in schools, cooperatives, and villages all over Morocco.

The USAID DAKIRA program, an interfaith and cultural heritage preservation program implemented by HAF in Morocco, also cherishes the values Tu Bishvat, promotes and considers it an occasion to strengthen Morocco’s cultural connections and its resilience to intergroup conflict. It presents the country’s diverse community a chance to collaborate on doing what best preserves the land we live in, and the planet as a whole through the act of tree-planting.

Tree-planting, environmentalism and the preservation of nature are core components of both Jewish and Islamic belief systems. It is these religions’ shared responsibility to inspire their believers to honor the generosity and benediction of God by taking good care of what he created.

Both Islam and Judaism have arboreal references that reflect the importance of trees in the belief and culture of these religions. Their two holy books relate tales of humans and trees. They mention species that are particular to the birthplace of the religions, describe the fruits they bear, and tell miraculous stories of trees and prophets. These tales continue to shape generations of people who sacralize God’s creations and cultivate the earth as stewards of the divine.

To honour lives of the loved ones who have passed, and in respect of Shiva, it is a common tradition for the Jewish people to plant trees in the cemetery where the deceased lay or in synagogues, homes, or public parks as these may be less painful places to visit. To symbolize a life well-lived, fruit trees are more likely to be planted because not only do they provide shade and have an aesthetic value, but they are a symbol of continuous giving and altruism.

That tree becomes the visual reminder of the cycle of life and death that we experience in the birth and death in our communities. One can think of numerous ways to interpret the act of planting a tree to commemorate the deceased. For instance, planting particular tree species, such as carob, can refer to the symbolic value of this tree in Judaism and the land of Israel.

Date palm, fig, olive, and pomegranate are mentioned in the three Abrahamian books. Carob, or the poor man’s bread, on the other hand, only appears in the Talmud and Mishnah in its Hebrew name Haruv.

The Biblical times in the Middle East witnessed an abundance of wild carob trees resisting the harsh climate and feeding travelers and prophets. According to Talmudic teachings, one single carob tree takes up to 70 years to mature and yield fruits. As long as Tu Bishvat is concerned, carob trees are exempt from the tithes due to their limited production, one crop a year. But, why is this special treatment allocated to carob and not similar trees that have annual yields such as olive trees and date palm?

As a symbol of charity, durability, and resilience, the carob tree finds its place in numerous Talmudic tales. For example, in the story of Rabbi Shimon Bar Yochai where it sprouted in front of the cave in which he was hiding from the decree of the Roman emperor. The Rabbi and his son fed on the tree for twelve years without having to look after it to be able to reap its fruit. Another inspiring story is that of Choni HaMe’agel, who witnessed a man planting a carob tree and wondered why anyone would plant a tree that will take up to seventy years to yield fruits.

The moral in the stories revolves around the charitable act of planting a tree that would benefit the generations to come. For, one does not necessarily have to eat from a tree they planted as long as it is going to be there to feed future generations. But, it is the selfless and sustainable act of leaving trees behind that fueled this man’s will to put in laborious work to plant a carob tree because somebody did the same before him.

Carob is a tree that inspires patience, hard work, and selfless giving. It is human’s way to invest in a future they have no guarantees of living in. Besides the religious importance of cultivating land, planting carob, or any other trees, is the manifestation of human’s strong faith in good deeds no matter how long they take to come to fruition.

One can easily depict the analogy made between humans and trees. A good person that strives for the best of others is not much different than a tree that sprouts and takes care of itself and generously feeds the living things passing by it. Just like carob trees, we may be born in harsh circumstances, lead challenging lives, but we can manage to survive and prosper.

This article is published in commemoration of HAF’s annual tree planting day on January 17, 2022, coinciding with Martin Luther King, Jr. Day of Service and Tu BiShvat.

This article was completed with the support of the United States Agency for International Development (USAID) DAKIRA Program, and the High Atlas Foundation is solely responsible for its content, which does not necessarily reflect the views of the USAID or the Government of the United States. Our Culture Is Our Wealth

By Bouchra Zine, HAF Field Officer I have always believed that training is an important and interesting way to meet people who you might not normally connect with:…