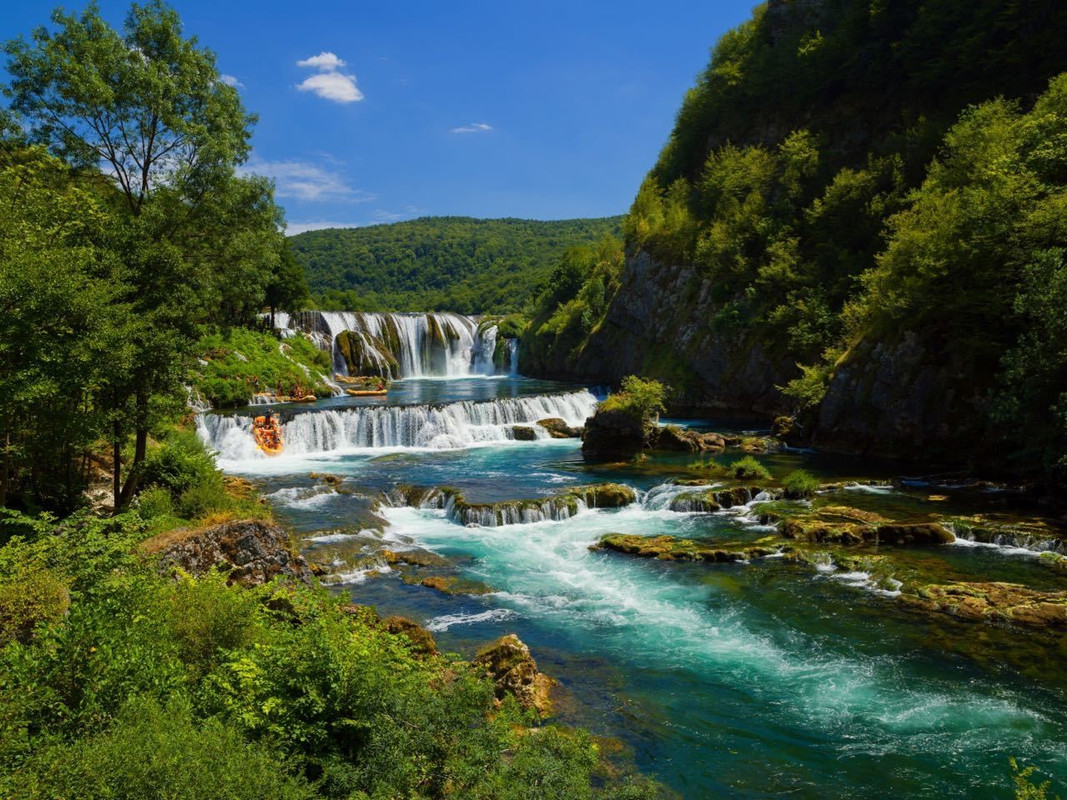 On September, 10th, 2021, Beyond Tree and the US Forest Service International Program presented “In Bosnia and Herzegovina: The Challenge of Conserving Large Carnivores in the Una National Park and Mount Plješevica. Bosnia and Herzegovina, referred to as Bosnia for simplicity, is a small country situated on the Balkan Peninsula in Southeastern Europe, with its capital located in the city of Sarajevo.

Established in 2009, Una National Park is the youngest national park in Bosnia, and is home to more than 300 bird species, 30 fish species, and segments of both the Upper Una and Unac Rivers. Located in the outer Dinarides region of Una National Park is Mount Plješevica, which encompasses 85 percent of the park’s biodiversity and contains large deposits of limestone. Moreover, in addition to otters, bats, and deer, Una is one of the only remaining ecosystems in Europe home to the brown bear, wolf, and Eurasian lynx; these animals comprise three out of the five largest carnivores in Europe, all of which are classified as endangered. Large carnivores serve as natural predators that regulate population growth in relation to ecosystem resource abundance. Specifically in Bosnia, brown bears, wolves, and lynx attract wildlife experts and international visitors alike, both for their beauty and for their enhancement of local agricultural products.

Brown bears, scientifically known as Ursus arctos, are the only bear species inhabiting the European Union. Ursus arctos typically weigh anywhere between 100 and 350 kilos and stand between 1.70 and 2.20 meters tall. Although brown bears are considered carnivores, in actuality, they consume a predominantly vegetarian diet consisting of fruits, seeds, nuts, grass, and insects; through the consumption of fruit and nuts and dispersal of seeds, the bear supplements vegetation growth. Furthermore, bears are more likely to consume a vegetarian diet in the spring, while relying on game, such as deer, in the winter.

The Eurasian brown bear begins to reproduce at around three to five years of age, with both male and female bears engaging in multiple reproduction cycles throughout their lifetimes. Females raise their offspring for about three years, during which young cubs learn social behaviors from their mothers, who are exceedingly protective of their offspring. These bears typically live in solitary, avoiding humans and rarely attacking other than to protect their offspring. With sufficient access to food and water, brown bears typically live in environments isolated from human infrastructure. For instance, Ursus arctos inhabit oak woods and beech forests in the Dinaric Alps in Una, as well as other forests in Europe.

Theoretically, the life expectancy of Ursus arctos in the wild could be as much as  20 to 30 years, but in reality, the average lifespan of a brown bear has been reduced to a mere six years. Premature deaths in bears are not due to natural conditions, but instead hunting, poaching, and highway infrastructure, which both fragments their habitats and precipitates an increase in vehicular collisions. In response to large carnivore endangerment, many European countries have enacted international legislation that protects these bears, including The Bern Convention and The Washington Convention. Furthermore, in accordance with the Nature Protect Act and Ordinance on the Protection of Certain Mammal Species, 33 mammalian species, including the brown bear, are protected from being hunted in Una National Park.

In 2012, the Center for Sustainability and Development in Bosnia (COR) also initiated a Wilderness and Wildlife project that encourages the coexistence of animals and humans for the protection of the environment and endangered species, such as Ursus arctos. Through this program, park officials have successfully tagged and tracked six brown bears throughout Bosnia, generating a database of their geographic and behavioral patterns. The first bear traced was named, LLKUTOC BH001; veterinarians harmlessly inserted a chip under his skin, and tracked his movement and lifestyle for two years. The resulting data demonstrated that LLKUTOC BH001 semi-permanently resided in a total of 478 locations, traversed the Una River five times, fathered three cubs, and covered more than 400 km2 and 1,000 km in both Bosnia and Croatia. Ensuring data sources for the next eight years, officials tracked five more bears and collected spatial and genetic data through radio telemetry and genotyping.

In summary, without the work of parks such as Una, information regarding these threatened species would not be known, and their extinction would be imminent, if not already transpired. The protection of endangered species such as the brown bear in Una, as well as the wolf and Eurasian lynx, is crucial to the preservation of biodiversity in natural environments, not only in Bosnia and Herzegovina, but across the world.

Some of the founders of the High Atlas Foundation are former Peace Corps Volunteers who served in Morocco in the Environment sector living in communities that bordered the nation’s national parks. Our objective was to promote sustainable development within the village environments, and in the process decrease the local people’s dependence on the fragile and declining natural resources of the nearby protected areas.

HAF’s first national partnership with the High Commission of Water and Forests, the public responsible for the country’s protected areas, was with the national park system, supporting this function of creating mutually productive linkages between development and conservation, between the national parks and the people.

In these protected area cases that are all around the world, including six percent of the surface area on earth and involving so many millions of people, we must learn to reconcile vital interests with each other, create opportunity initiatives that advance multiple goals that together improve the human condition, and we must do so peacefully through dialogue, through shared analysis, and through implementing projects that meet all the critical facets of life. 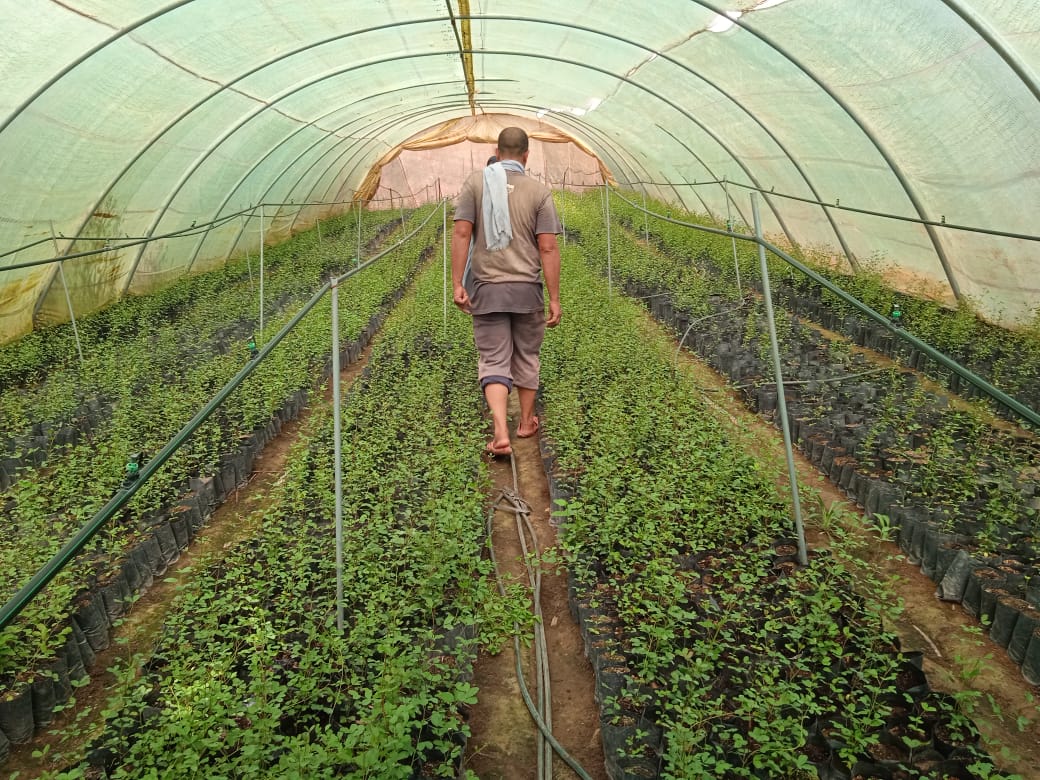 Gabrielle Rosario HAF-UVA Intern We often neglect the importance of trees in our daily lives, passively accepting their shade, beauty, and fruit as we walk beneath their leafy… 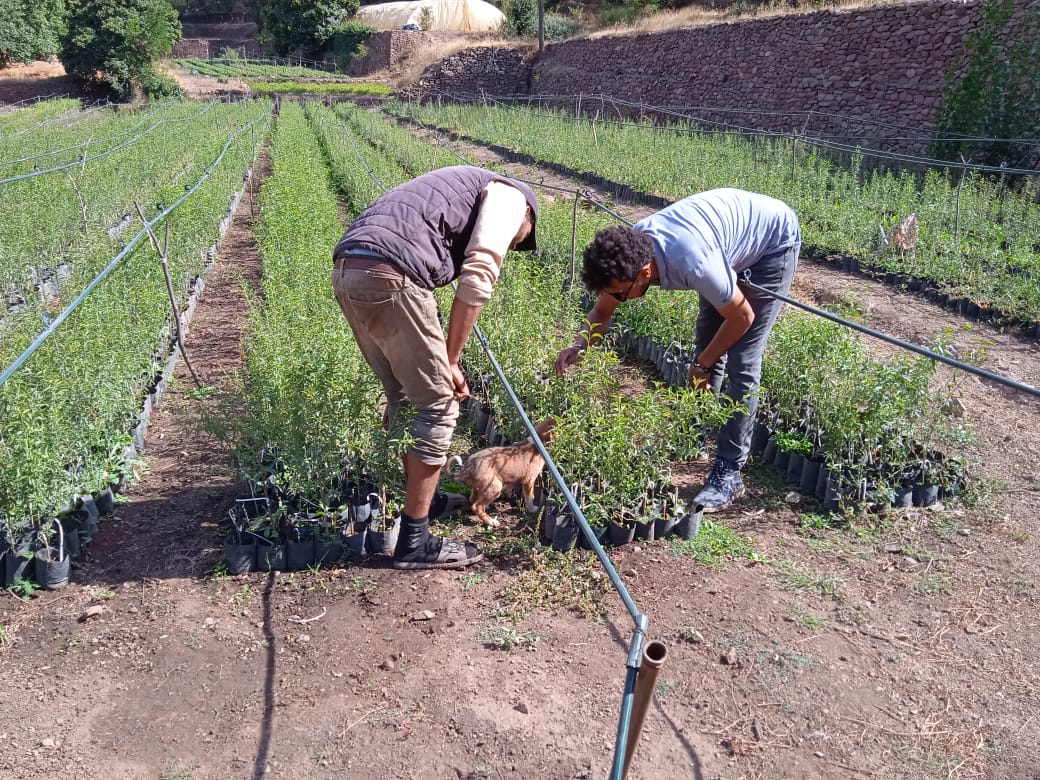 Henry Prillaman HAF-UVA Intern All around the world, we have seen deforestation and overuse of fertilizers and pesticides that have led to degradation of the environment. Contrary to…