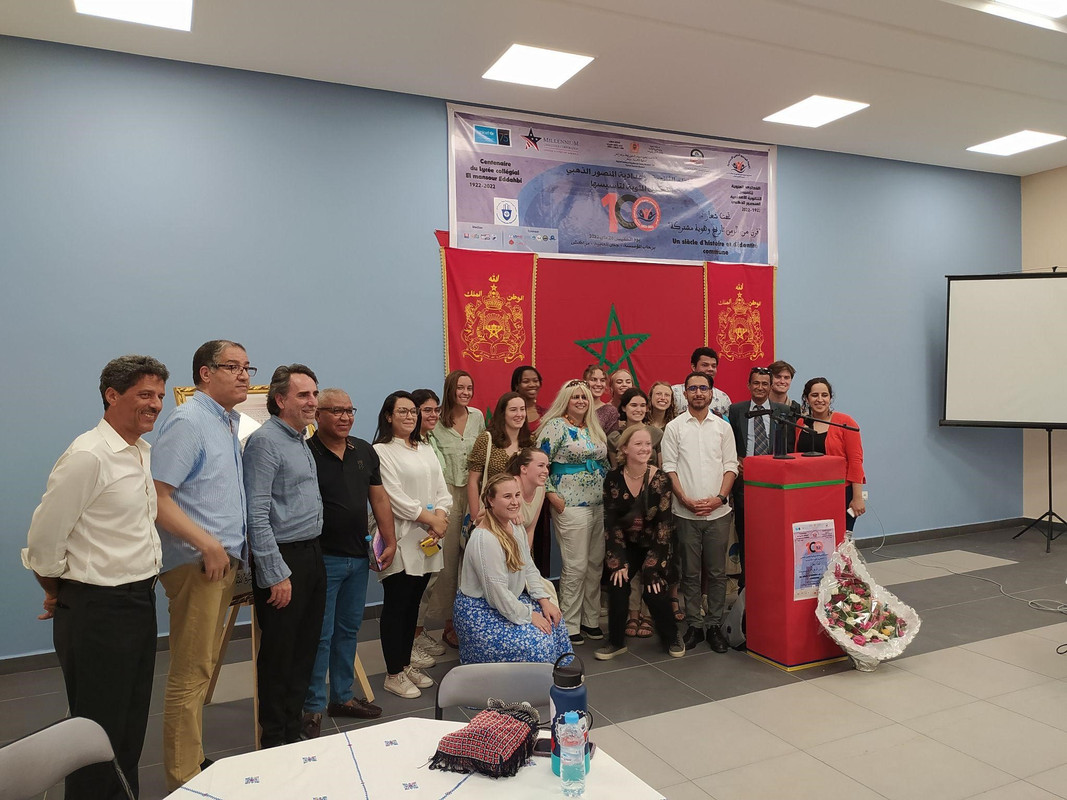 On Thursday, May 26, 2022, Al Manssour Eddahbi Secondary School in Marrakech celebrated the centenary of its establishment. The presence of the former students of the Moroccan institution, both Muslim and Jewish people who are now occupying prestigious positions in society, was an added value to the ceremony. It was a historic day for the school, as the building’s lecture hall gave the former students a feeling of nostalgia for the school’s long history through the touching testimonies of a group of stakeholders.

I had the chance to be among the invitees to this great event, and it was an excellent opportunity to meet my fellow Dakira Field Coordinators in Marrakech. I had the chance to learn more about my Dakira colleagues and the school’s history by facilitating an ice-breaker activity with some former students from the boarding school. We all enjoyed introducing ourselves and telling about where we are from through the game called “Guess Who I Am.” Most of the participants expressed their full awareness of the cultural and historical value of the school on a QCM form they completed, and Ikbale and Jamal explained the Dakira Program and its objectives to preserve the cultural heritage of Morocco and the importance of student involvement to maintain the identity of Morocco. 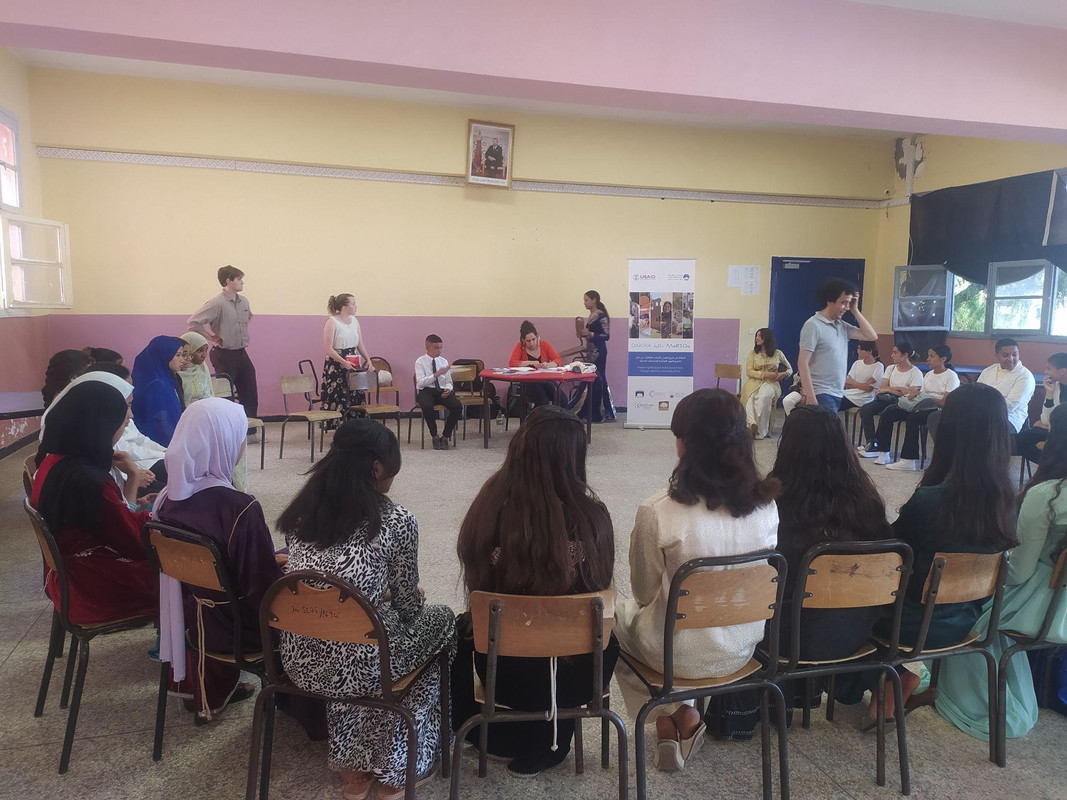 The students expressed their full enthusiasm to share historical facts about their school, so they provided us with plenty of information about the establishment and its full connection with the  Jewish community of Marrakech in 1922. After the independence of Morocco, the Ministry of Education adopted it as a Muslim school. In fact, when I arrived at the school’s main gate, I found the majestic aspect of its Moroccan Jewish architecture in every corner.

My colleagues went on with the activity, and then I talked briefly about the historical background of El Manssour Eddahbi and the main dynasties that ruled Morocco for several centuries. It was an interactive conversation that gave the students an opportunity to share their thoughts on Moroccan history in general; after that, I moved to the point of memory sharing to see if the students had heard some stories from their grandparents about the Jewish community in Marrakech. Some of them shared an interesting story told by their grandmother, who learned sewing with the help of a Jewish lady in their neighborhood.

I myself shared a story that I  heard from a Jewish Moroccan about the Sefroui people and their title as “Wlad o Bnat Mssissa.” The story goes back to the time of the Jewish Moroccan who lived in Sefrou. Despite living in the “mellah” of Sefrou, a walled neighborhood, they had very deep ties to the Muslims, such that Muslim and Jew mothers exchanged breastfeeding; for example, when a Jewish mother was sick or had a full, busy day, she would give her baby to a Muslim mother for breastfeeding and tell her, if the baby cried, please give him/her “mssissa” (some of her breast milk), to make him sleep and the same thing for a Jewish mother, so this given title has a deep connotation of coexistence between the two faiths. The students attentively listened to my story, and they were very eager to know more about the Jews’ and Muslims’ shared memory, but due to time restrictions, we had to wrap up the activity to join an open space exhibition of different school clubs, and we enjoyed an awesome music performance with the students.

Mohammed Chadli is a field coordinator for the USAID Dakira program and is currently based in the Fes region. Dakira, implemented by the High Atlas Foundation and its partners, aims to strengthen inter-religious and inter-ethnic solidarity through community efforts that preserve cultural heritage in Morocco.