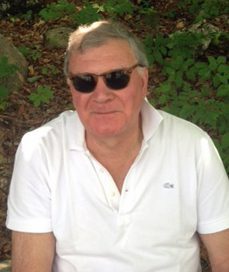 Harry Palumbo has been a member of the Board of Directors of the High Atlas Foundation since 2017. He is an active member of the Board on the Finance Committee and the Funding Raising and Marketing Committee. He retired from AIG (American International Group) in 2017 after 15 years. He is now an independent consultant working within the financial services industry. He has  over 40 years of experience in the insurance and corporate banking industries. At AIG he was a SVP and Division Executive of Trade, Project Finance and Structured Finance insurance area. He worked with major U.S. and International banks and other financial intermediaries and corporations providing insurance covering the non payment of loans for major infrastructure projects in the U.S. and internationally. Prior to joining AIG he spent over 10 years with Bank of America in London and New York. He was a Managing Director in London responsible for project and structured finance transactions in Eastern Europe, Russia, Middle East; and Central Asia. Before Bank of America he worked at J.P. Morgan in the corporate banking area in London, Australia and New York. He is on the Board of Directors of the Excelsior Corporation a real estate company and  actively works  with non profit charities. He holds a BA from Rutgers University and a MBA in finance from Rutgers University Graduate School of Business.