STRIVING FOR A GREEN WORLD, ONE PLANT AT A TIME

The successful partnership between the High Atlas Foundation (HAF) and Ecosia, a social business based in Germany, provides a special example of the utility of such unions, evidenced in the project for sustainable development in Moroccan communities.
The idea of sustainability development stems from people’s participation in their own development, community-based natural resource management, and a multiplicity of other factors, including achieving income-generating opportunities by farming families. With Ecosia’s partnership, we are building a sustainable future for the coming generations by assisting farmers in their growing of organic fruit trees and green spaces.  We aim together to also protect and preserve biodiversity using the existing natural resources.
The efforts for the creation of this project were not singular, and we wish to thank those who helped us materialize and implement this project, here as it unfolded in the Fes and Ifrane regions. 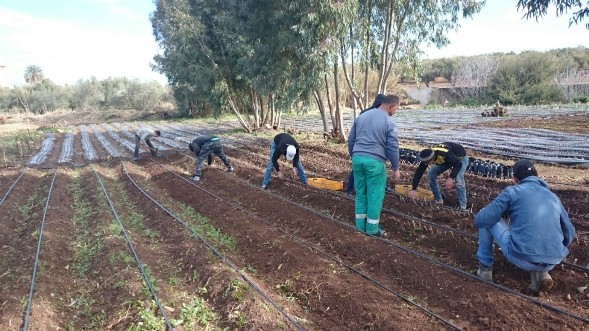 We started working on building fruit nurseries in Fes and Ifrane a year ago, with the aim of providing communities and farmers agency to practice organic agriculture on their own lands. We were able to see the first tree nursery’s incremental growth in Fes, at the ‘Abdelaziz Ben Diss’ Center for the Protection of Children, where HAF partners with the Ministry of Youth and Sport, in order to create a productive green space for the youth living at the center.
The project hopes to give these disadvantaged young people an opportunity to partake in agricultural activities such as watering the plants, seed cutting, planting and fixing the drip tape. While providing them an opportunity to learn about agricultural practices, this project also involves local stakeholders such as farmers, who also assist in the cutting and planting of the fruit tree seeds. Additionally, the youth learn techniques on how to take care of the seedlings during growth stages, until the trees become strong. 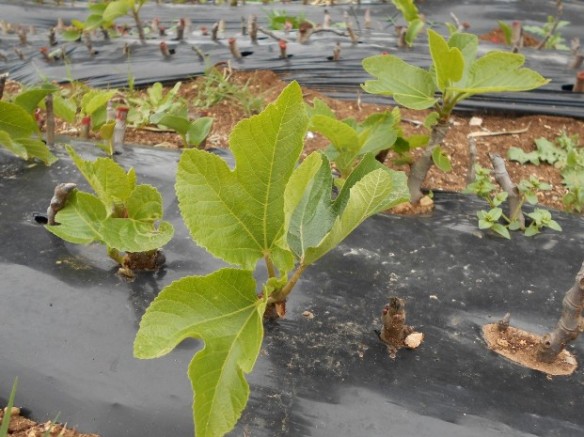 These trees will be transplanted to farms, where it will find warm hands, from the farmers who will benefit and care for the trees from the nursery. By involving multiple stakeholders of the community such as youth and local farmers, we aim to provide a ‘hands on’ approach to the process of learning and implementing new skills, while benefitting the community in a sustainable manner.
At this Center, we are growing more than 290,000 fruit tree seeds and cuttings. The table below shows the amount of seeds and cuttings already planted at the nursery: 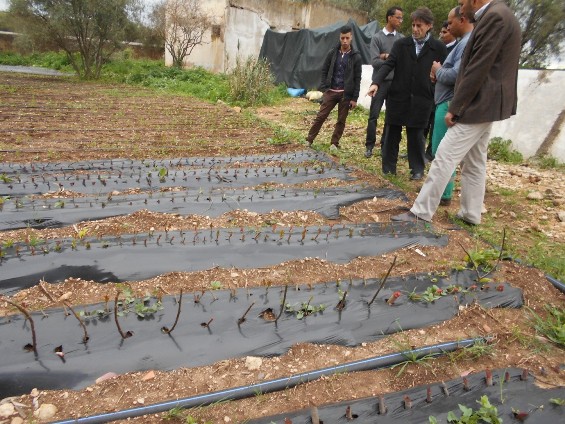 While it might seem that we planted many seeds in one place, we are expecting to produce and plant many more seeds this year with the help of the youth at the Center (as well as a dedicated technician and local farmers). Our plan for the coming months will be to plant more seeds using small sacks in greenhouses, in order to enhance growing conditions.
To provide the appropriate suitable conditions for all the seeds we planted, we prepared the land with a group of local farmers, who cultivate the land, build seeds beds and do the weeding. We also supplied, with the help of Ecosia, all the needed equipment, such as the irrigation system, by feeding all the seeds with drip tape and pipes and fittings. In addition, we put a new well connected with a solar pump, which we are using to irrigate the nursery.
Nearby, in the Moulay Yacoub province, we have small nursery land at the middle school, ‘Lhoussine Ben Ali’. We have already produced a thousand pomegranate, grapes and fig seedlings since last year, and we had the chance to plant some of these seedlings with students in a land owned by a farmer near the school! The students were able to watch the seeds in the school nursery grow day by day, month by month. When asked what the nursey meant to them, the students responded that “the school looks so different before we built the fruit tree nursery”, indicating that “it was like the desert” previously. The school is using the nursery in the environmental education teaching program and encouraging students to make their school a green region.
We planted grapes, pomegranates and figs, with students and teachers from the school and other community stakeholders such as local farmers and staff from the Education Delegation of Moulay Yacoub. We took the trees from the nursery to the farmers land after planting them together with the students and the local farmers. The farmer and his family who benefited from the trees were incredibly grateful to be working the children and the HAF team. 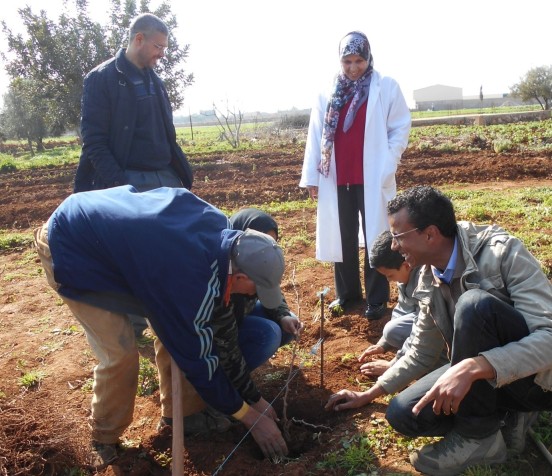 This year, after we met with more local farmers and their communities. We told them more about the nurseries that HAF has built with its partners. We also asked the students (who were instrumental in building the fruit nursery) to discuss with their families the kinds of trees that are needed the most and would benefit their communities considerably. Based on their responses, we decided to plant only olives seedlings this year due to its growing need in the community. HAF was able to plant 26,000 olive cuttings at middle school nursery for Moulay Yacoub communities. 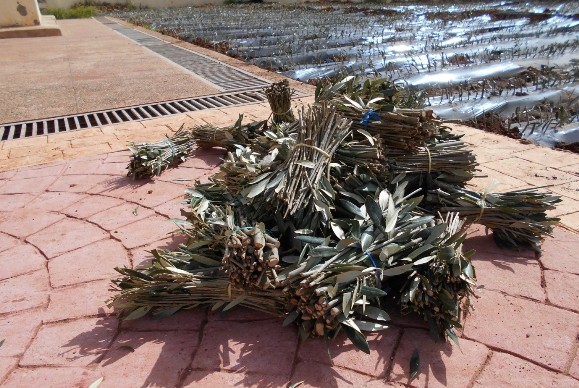 In Ifrane, we built two nurseries, one at Al Akhawayn University’s Annex, and the other at the Salam School. At the first nursery, we distributed 24,000 almond trees in the regions of Ifrane, Azrou, Figuig, Bouarfa, Errachidia and Al haouz. 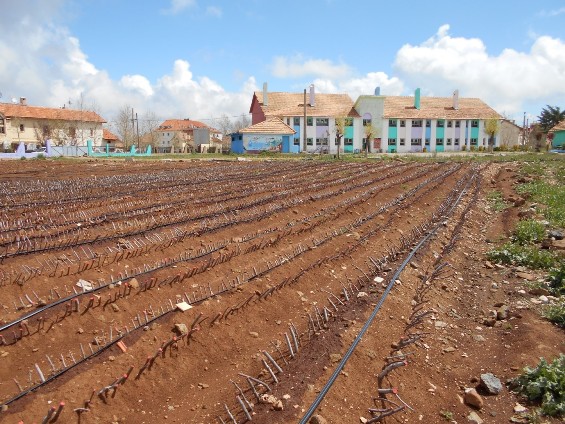 The picture above is of the Salam School nursery after we installed a new solar pump for its new well.  We bought soil, after which, a machine was used to spread it on the land. This land now grows 121,000 almond, fig and olive trees and cutting. 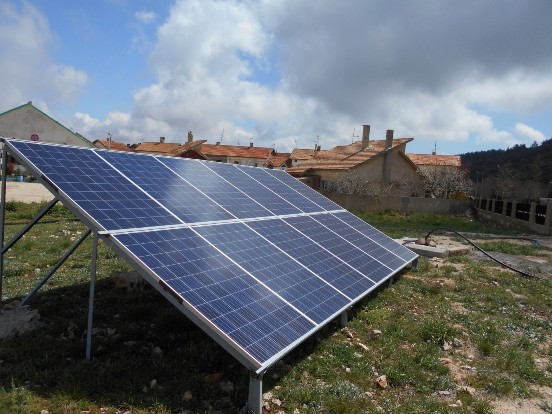 I would like to congratulate our partnership for planting such a vast amount of seeds. With the help of Ecosia, youth, farmers, schools, the Ministry of Education, the Ministry of Youth and Sports, Al Akhawayn University, and the High Commission of Waters and Forests, we were able to implement our project and, in the coming months, we will be able to plant more seeds in the regions of Fes and Ifrane, and also Oujda at its Center for the Protection of Children.
We deeply appreciate all the efforts and the financial giving of Ecosia, who is bringing more green life and opportunities to Morocco! Thank you for all those who have been encouraging and enabling us to do more, for the environment, for our collective future, and for this planet. From Christian "Karim" Fowkes, RPCV Taza (1998-2000) : I returned to Morocco this summer to show my wife why Morocco holds such a special place in my heart. We… HAF TO PLANT ITS ONE-MILLIONTH TREE ON JANUARY 16TH

On 16th January 2014 a milestone event in the calendar of the High Atlas Foundation is scheduled to take place in various locations throughout Morocco, with the celebration…