Spreading the Seeds of Multiculturalism: A Moroccan Perspective, Qwenu, By Jacqueline Skalski-Fouts, 11 August 2020.

Since early June, an estimated 15 to 26 million people across the United States have participated in protests against the death of George Floyd and the persistence of systematic racism in America, making it one of the largest movements in the country’s history. 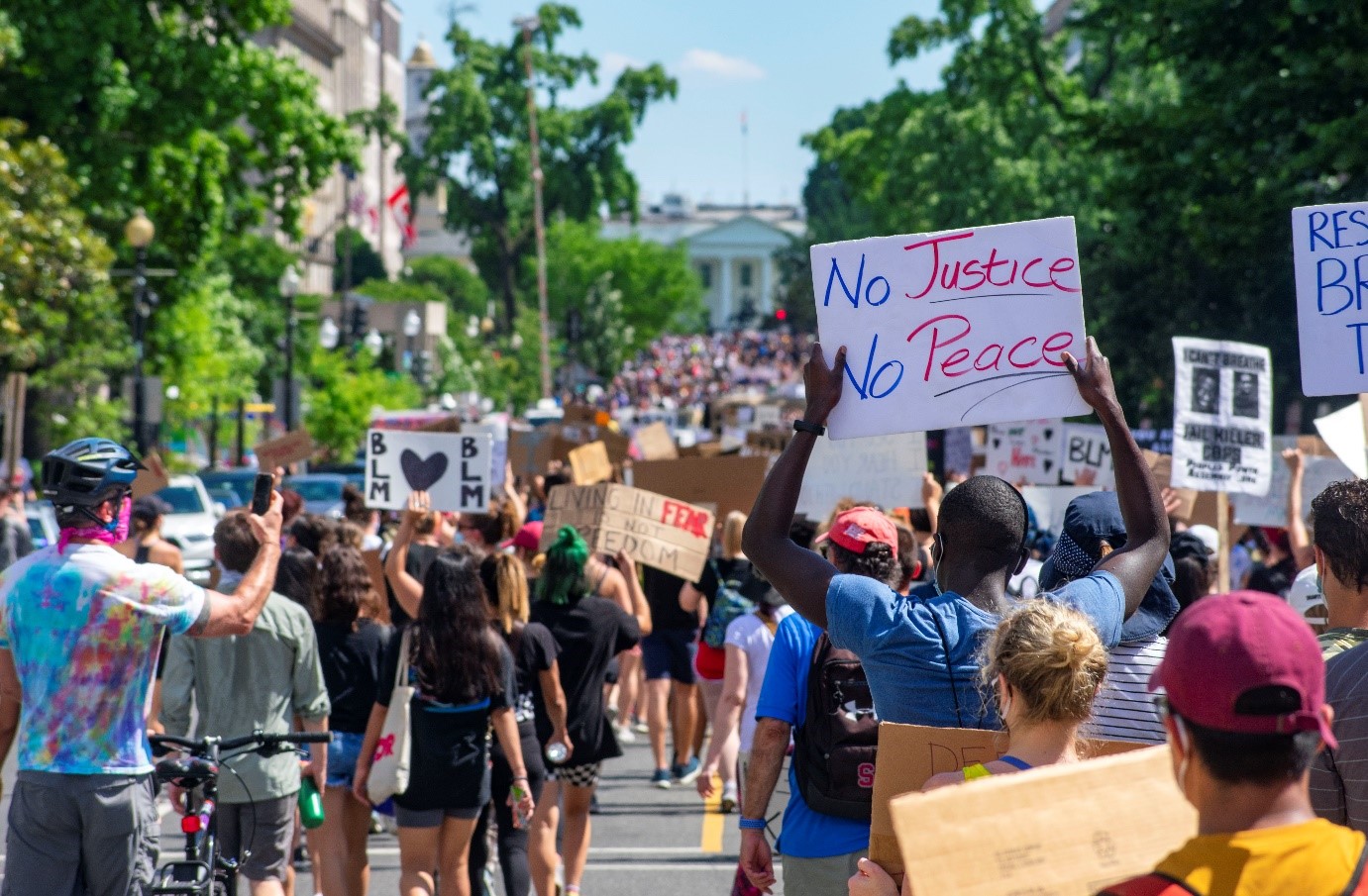 Recent trends have shown that support for the Black Lives Matter movement—now more than 67%— has doubled since 2016, and the majority of Americans favor working directly with black Americans to solve local issues.

As the United States embraces improving race-relations, black culture and heritage become more than just an expression of the Black community, but something that is inherently all-American.

As the movement brings light to nationwide change, it may be helpful to consider the methods of Moroccan multiculturalism, where cultural protection is tied to development, limiting socioeconomic divides and welcoming diversity.

A Model for the World

There is a word for the Moroccan ideal of multiculturalism—a word borrowed from the Spanish—the idea of “Convivencia” or coexistence. Originally a reference to the relative harmony among Christians, Muslims, and Jews living in Muslim Iberia (al-Andalus) during the Middle Ages, it now represents the shared history, culture, and heritage of Morocco’s diverse national identity and a guide for modern multiculturalism.

Moroccan Judaism has roots in the time of Antiquity. Jewish merchants came to Africa around 500 BC, likely to take part in the riches of the Carthaginian gold market. Before the Arab conquest, several Amazigh (native Moroccan) tribes were converted to Judaism, one of which, located near Sefrou, survived long into the 11th century.

In 1948, about 265,000 Jews were living within the French and Spanish protectorates of Morocco, although the numbers began to decrease as many emigrated to newly-formed Israel. Those who remained resided mostly in small towns and villages, dispersed throughout the country, limiting their access to educational institutions and health care. Illiteracy rates among some Jewish populations were more than 40%.

When Morocco gained independence in 1956, after rising hostilities and anti-Jewish rioting in 1948, many Moroccan Jews believed they had no future in a country where they felt they were unwelcome.

However, despite these setbacks, Morocco has and continues to be protective of its Jewish community as a model for inclusion. The 2011 Amendment to the Moroccan Constitution redefined Moroccan national identity, establishing difference—Arab, Muslim, Jewish, Amazigh, Andalusian, African, Mediterranean—as a facet of Moroccan identity. It also made Tamazight (spoken by native Imazighen—roughly one third of the Moroccan population) an official language. And two years later, Morocco’s New Migration Policy regularized 24,000 migrants, beginning the first phase of a human-rights approach to migration and strengthening support of Morocco’s African heritage.

In combination with Morocco’s Municipal Charter (requiring participatory methods in community planning and thus involving minority voices) and Morocco’s stance within the UN Alliance of Civilizations (which ties multiculturalism to development), this solidified a tradition of multicultural preservation, arising from the efforts of King Mohammed V, King Hassan II, and King Mohammed VI.

The Role of Society

Moroccan preservation of cultural heritage has led to greater community development and reduced poverty in neglected minority areas. Cultural preservation projects, funded by the Ministry of Culture in the Mellah of Marrakesh—a Jewish quarter whose traditional name was reinstated in 2017—have restored streets and town squares, creating a safe, clean space for its inhabitants.

The “House of Life” project, initiated in 2010 by the Chief Rabbinate of Morocco and the Ministry of Interior, provides rehabilitation to 167 mausoleums and cemeteries in 14 different regions within Morocco. This has led to the development of pilgrimage destinations such as Ouezzane Cemetery, where Jewish Moroccans who emigrated to Israel return to visit.

On lands surrounding these protected cemeteries, the High Atlas Foundation, a developmental organization in Marrakesh, creates nurseries for medicinal and fruit trees, which are then given to farmers as a way to diversify local produce and improve local economies, promoting both Jewish heritage and community development.

These projects are made possible through participatory methods, where members of the communities they serve decide which resources are most in-need, a method that could be useful in underrepresented American neighborhoods. Promoting black art, culture, and history, gives recognition and provides a basis for the rest of the country to learn about difference.

“I always advocate for education.” Says Laziza Dalil, guest speaker on a series of cross-cultural lectures hosted by the Kivunim Institute, and Vice President of Association Mimouna, a Moroccan organization run by Muslim university students in promotion of Jewish culture and tradition. “[Education] is a building bridge. It causes people to deal with diversity in a more positive way.”

While the Moroccan case is not identical to the United States, the development and support of a Moroccan multicultural society, through cultural preservation and promotion of minority visibility, can serve as a guide for NGOs and policymakers in America working to combat systemic racism.

Such a plan may include funding the preservation of buildings and landscapes infused with black culture and history, funding small museums or exhibitions on African American activism and achievement, and supporting arts programs focused on diversity and inclusion.

We Are the Change: International Youth Day 2020

HAF Project Manager We, the youth, have a vast and important role in development and nation-building. Societies that have a large percentage of youth are strong ones. This…

Critical Outlooks of the Community Approach to Global Development