“Joining the legal clinic was the best decision I made in 2022.
It has greatly contributed to my academic and professional growth.” 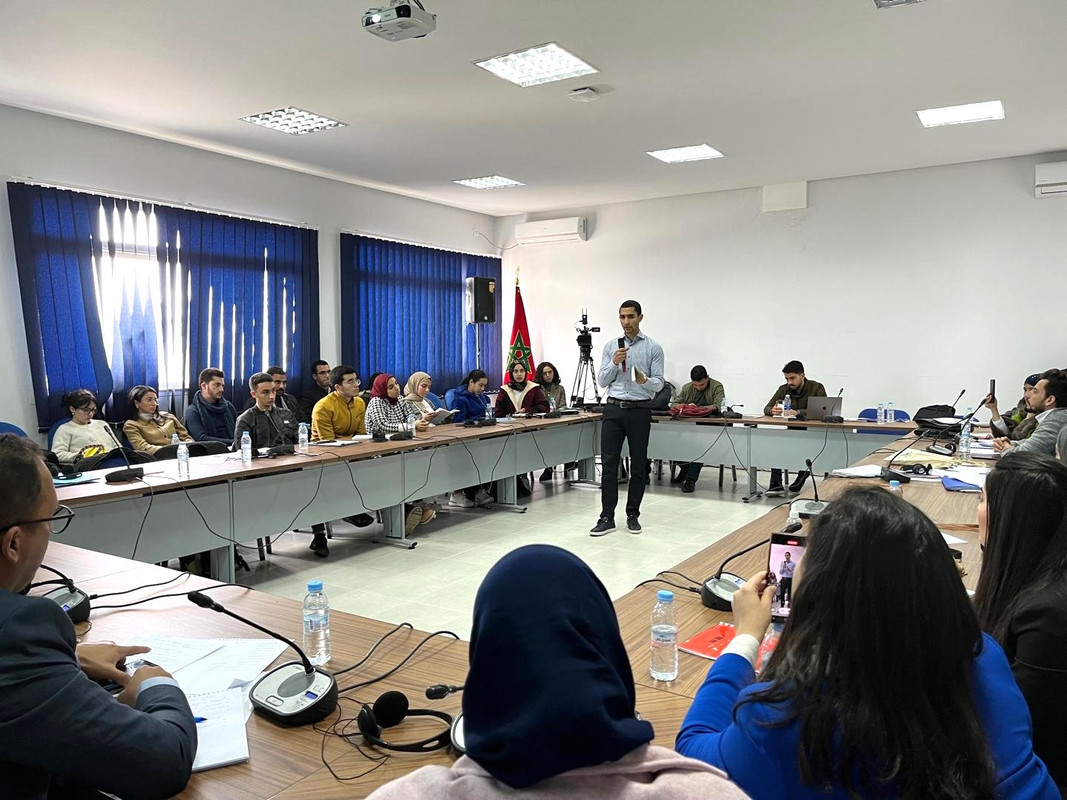 Soufiane is now a 26-year-old legal clinician trainee with a master’s degree in business law. During the second year of his graduate studies and last planned year of formal education, he felt the need to deepen his knowledge and sharpen his skills to better face the job market, be ready for the post-graduate world, and feel more legitimate and confident. As such, he applied to be a part of the Legal Clinic of the Faculty of Law (CJFD) in Fez.

From the beginning of his tenure with the “clinic,” he made a good impression and easily stood out through his commitment, participation, and curiosity. He put his heart and soul into the activities of the program and participated ardently in all of the events organized. The experience allowed him not only to perfect his knowledge of the law and to satisfy his unquenchable thirst for learning by offering him a myriad of fruitful and eclectic activities, such as study days, practical workshops, and field trips, but also to perfect his public speaking and oratory skills through debate and moot court competitions and, finally, to enlarge his professional network and to meet new people.

“It is a complete, qualitative, and no-frills experience,” says Soufiane. “The legal clinic is an absolute godsend that allowed me to think outside the box and learn the law by doing. And all for free. What more could you ask for? If I had to do it again, I would do it gladly.”

According to Soufiane, his integration into the program was the turning point in his academic and professional life.

First, he succeeded in joining the Youth Parliament of Morocco, occupying the position of legal assessor since his first participation and being elected as a Minister for the next legislature, which will take place in July 2023. He claims to owe much of his success in joining the inner circle of young Moroccan parliamentarians to the “clinic” and the various skills he learned as a student clinician.

Secondly, his interest in defending the cause of women increased tremendously after meeting and assisting women who have experienced abuse and gender-based violence during his year as a student clinician. Wanting to do even more to help them, he created, with several of his peers, an association called eve4ever to improve the status of Moroccan women and promote their socio-cultural and economic condition.

Even in light of his notable success, Soufiane does not claim it for himself. He always insists on expressing his gratitude and appreciation to all those who helped him along the way. “Being a clinician is more than an experience. It’s a valuable identity that sticks with us, makes us proud, and helps us shine in all areas,” he says. 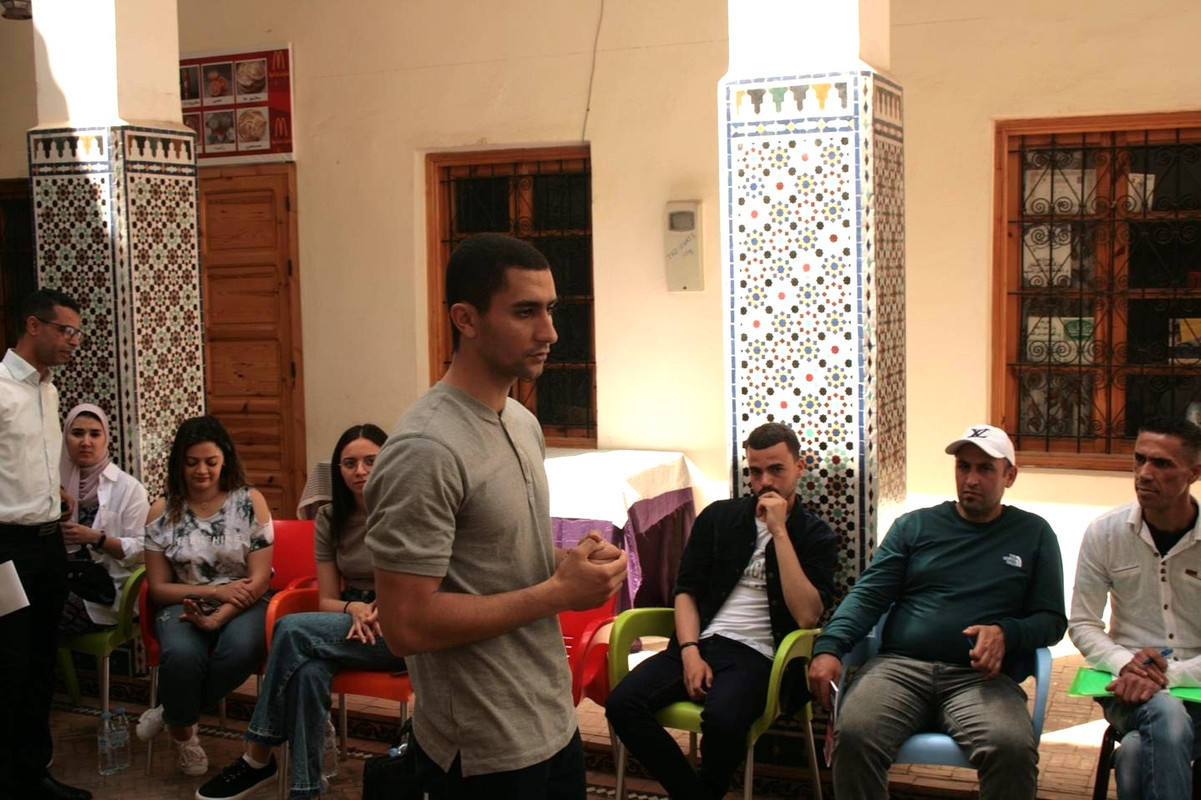 Soufiane speaks during a field trip to Sefrou to train members of various cooperatives, May 2022.
Photo: HAF

The Legal Clinic of the Faculty of Law (Clinique juridique de la faculté de droit – CJFD) in Fes aims to elevate the status of youth, women, and underrepresented communities by providing pro-bono legal aid and entrepreneurship training as a means to engage civically and economically.

Over the three years since its inception, the program has trained 231 (50% women, 50% men) master’s and doctoral students of law to administer legal aid and facilitate capacity building with community beneficiaries in the Fes-Meknes region of Morocco. In that time, student clinicians have worked on a total 267 case files pertaining to entrepreneurship, immigration and asylum, family mediation, psychological support, human trafficking, employment, and real estate. Additionally, 256 have benefited from the establishment or growth of 39 private income-generating projects and entities following entrepreneurship training and mentorship.

The program was established first as a pilot project in 2019 as a collaboration between the High Atlas Foundation and the Faculty of Legal, Economic, and Social Sciences at Sidi Mohamed Ben Abdellah University in Fes. From 2020 to 2022, the program’s continuation and expansion to include concentration on the promotion of entrepreneurship was funded by the U.S.-Middle East Partnership Initiative (MEPI). By Bouhlala Safae, Program Manager, Fes Khaoula Abid Allah in her office – Training and Language Center, Fes. Photo: HAF "The moment I knew what I had to… Ali Jaouhar: An Inspiring Success Story of a Young Entrepreneur

Ali Jaouhar is a 42-year-old personal development coach, a graduate in Energetic Massage Therapy, and Founder of the 17th Sense Wellness Center. Ali explains the progress of his…