This is the story of Selma, a little girl who is 11 years-old. She is one the 38% of the population who live in the rural areas, and of the mere 26% of girls living there who go to school. She lives in a small village in the heights of the Atlas Mountains, close to Marrakech, a cosmopolitan city.

Selma is very lucky because her parents push her to study, which is far from being the case for all the families living in the rural areas. For many, the “good place” of a woman is still at home, ideally fuelled by cultural norms where the so-called traditional roles of men and women predominate. Selma’s mother, Janna, is illiterate, and she only knows how to write her name. She is one the millions of Moroccans who have never entered a classroom. She got married at 16, the age at which most European girls are in their first year of high school.

In Selma’s village, there is a school. Sometimes the access conditions to the educational infrastructures are very bad: the closest schools are still far from home, or to reach them requires taking dirt roads that can be dangerous. Out of 100 girls in her village, Selma is one of 48 who will go on to secondary school. Will she be among the 40.8% to continue to college?

Also, Selma has the opportunity to speak Amazigh and Arabic languages thanks to her aunt, who was able to leave her village to live in the city. Rural people speak some form of Tamazight when Arabic is the most commonly spoken language in the country. Selma’s neighbour and friend, Yasmine, only speaks Tamazight so she has to stay at home while Selma is going to school. The classes are taught in Arabic and the teachers, who are not from the village, know nothing about Selma and Yasmine’s first language.

The omnipresence of school dropouts, especially girls, causes problems in rural Morocco. Parents provide for their families, sometimes with great difficulty. Poor living conditions force girls to stay at home to help.
It has been suggested that education threatens a woman’s likelihood and ability to marry. Let us stop defining a woman by her status as a mother or a wife; she is foremost a woman. Not all women aspire to the same life, and this is fortunate, for variety is “the spice of life.”

Too often, the first question a woman is asked, even before knowing her first name, is “Do you have children,” thus positioning motherhood as the pinnacle of her life. But not all women dream of giving birth, of having a nice husband with whom she could buy a detached house, own a dog, and go on holiday to a seaside resort. What could be more reductive than to lock a woman into the sole role of being procreative, making a woman who does not want children “abnormal” or a sterile woman “shameful”? Why point the finger at this woman who doesn’t want to be a mother and accuse her of selfishness? Isn’t it the opposite? Isn’t the woman who chooses not to raise children not only protecting unwanted children from growing up in potentially poor conditions but also sparing the Earth from population beyond its capacity?

The key to emancipation, to open-mindedness, is education; it is also a fundamental right of every human being. A woman is a human being, entitled to the same rights. 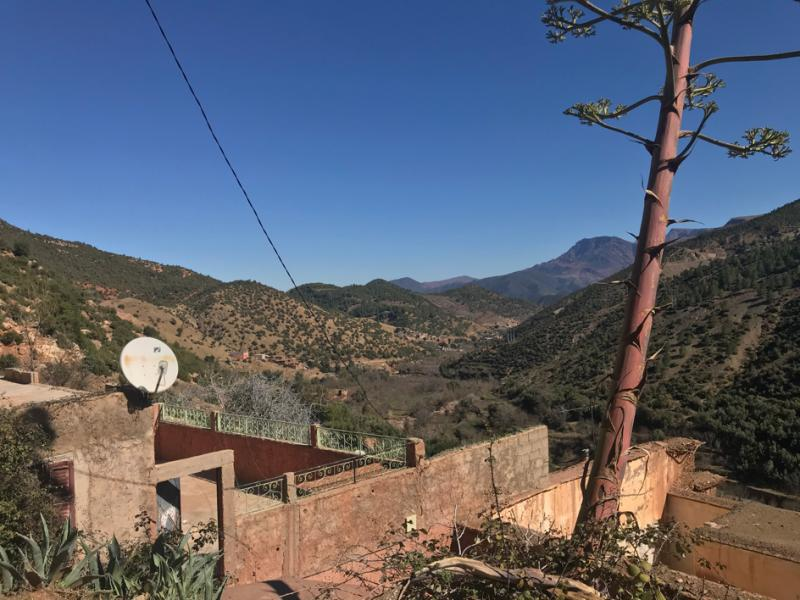 HAF Project Manager On January 31st, 2020, I had the chance to travel with my colleagues Errachid and Amina and a former HAF volunteer Youssef to meet the women…

HAF Friend The argan-oil trade is a large and growing industry with fierce competition for customers. With big cosmetic brands integrating argan oil into their products, the demand…