Climate change is one of the major issues that humans face in this day and age. It is a phenomenon that has social, economic, and political impacts. As the progress of a community is directly correlated with the advancement of women and their capability to participate in economic, social and environmental development, women around the world are contributing to  the reduction of climate change and its effects. 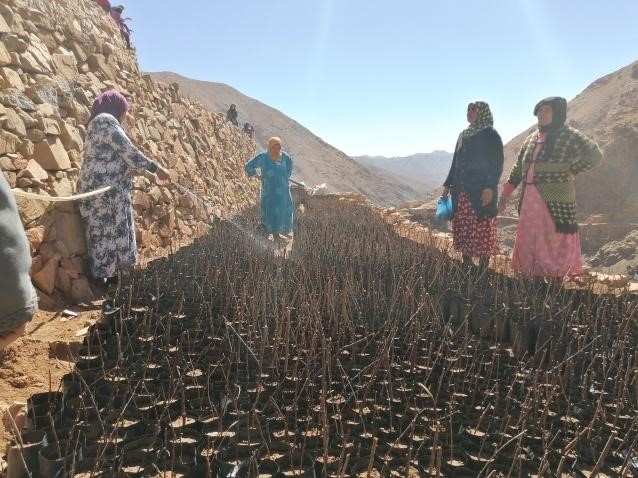 Moroccan women play a crucial role in the development of the community on a local and professional level. They support the reduction of climate change, for example, by working in agriculture. The High Atlas Foundation works with two groups of women in Toubkal National Park in the High Atlas Mountains who are engaged in planting organic fruit trees–almond, walnut, olive, and cherry trees– in two separate nurseries.

Working with women in the High Atlas Mountains

Thanks to a project financed by the United Nations Development Program, the High Atlas Foundation facilitated the creation of an organic tree nursery, the implementation of a new well, and the organization of a participatory meeting and training concerning environmental protections with the farmers and the men’s association in the village of Tassa Ouirgane in Al Haouz Province. The project incorporated a crucial gender approach that is both encouraged and supported by the National Coordinator Microfinance Program UNDP-FEM Morocco. 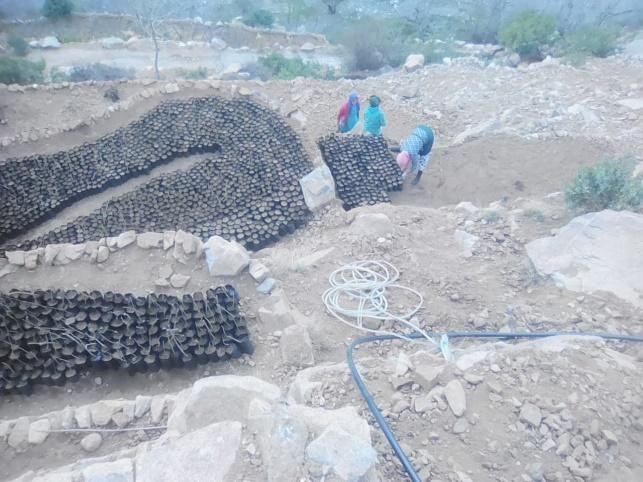 After the project was completed in October 2019, HAF and Ecosia committed to the vision to plant 40,000 almond, walnut, and olive seeds and cuttings in 2020. The nursery is managed by the High Atlas Foundation and five members of the women’s cooperative in Tassa Ouirgane. The women have also benefited from a participatory approach meeting as well as empowerment workshops. They have established cooperative policies and procedures, and participated in democratic voting for decision-making in the cooperative. They also learned more about cooperative management, how to plant seeds and irrigate fruit trees, and how to create and implement a strategic plan. In addition, they received visits and workshops about the needs of the nursery by  an American expert that is part of USAID’s Farmer-to-Farmer Program.

In January 2020, the High Atlas Foundation, with Ecosia, helped 27 women in Aguerzrane village in the Toubkal commune of the Taroudant province to create a nursery of 30,000 organic almond, walnut, and cherry trees. The women in this village benefited from participatory approach meetings, empowerment workshops, and training about creating cooperatives and how to plant seeds and cuttings.

This project, in which women plant organic fruit trees,  aims to:

Even though the women started work in the nurseries just four months ago,  and even though they are from rural areas, they have already learned a lot about agriculture for the first time in their lives. They are very happy to work together, and they are starting to feel small transformations within themselves–step by step. 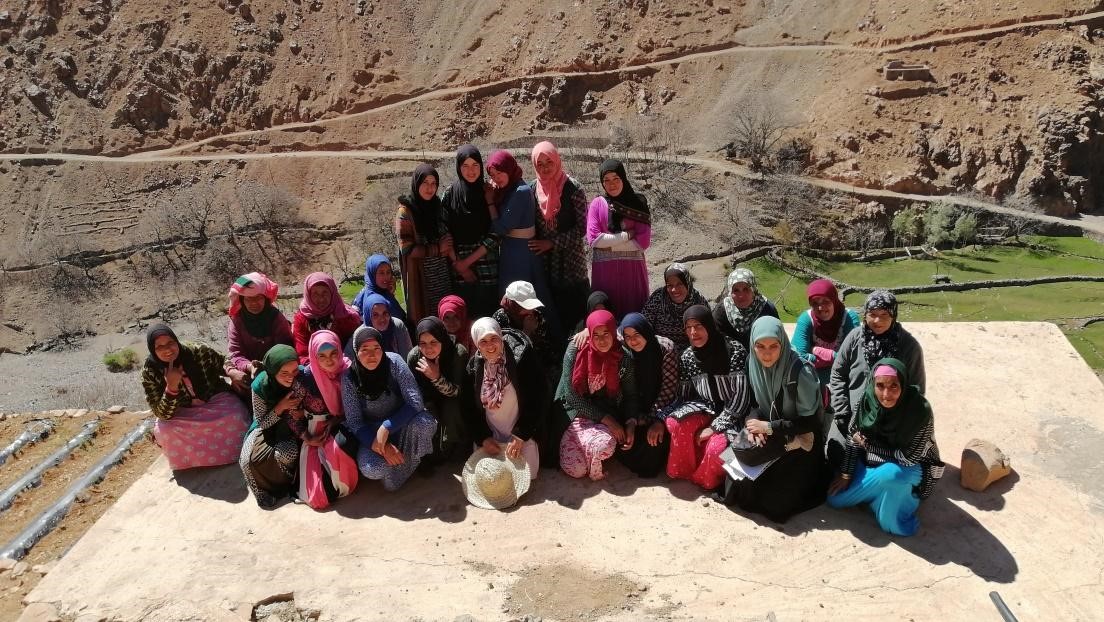 Each time I visited with these women, I witnessed a slight change in their personas. They are more positive and they want to know more. Instead of investing their time and thoughts into the opinions of others,  they now focus on their own personal and professional visions.

One of the women was very timid during our first empowerment workshop. When I asked her to share her story with the group, she started to cry. She shared with us that she is divorced and has a daughter. She felt that society viewed her as a bad woman because of this. She admitted wanting to work but allowed her fear of what other people might say about it interfere with pursuing a job search.

After one year of workshops, meetings, and follow up, she is now the leader of one of the groups working in the nursery.  Not only that, she is also responsible for the management of the nursery along with her colleagues as well as the payroll for male caretakers. She is very happy about the way her confidence and self-image have improved through this experience. Through her involvement in the tree nursery and the empowerment trainings, she has begun to claim the power she has always harbored within her and feels more comfortable with who she is.

Civil Rights in the Light of Covid-19

F2F Program Volunteer Administration and Finance Officer | Trainer In the midst of the coronavirus crisis, the High Atlas Foundation had the opportunity to participate in a webinar…