In Morocco’s Middle Atlas Mountains, near the town of Azrou, travelers come for hiking or to see the famed macaque apes in the cedar forest. Near Azrou, nestled high in the mountains and overlooking the green valleys below, the Toumliline Monastery was established by a group of European monks who came from France in October 1952. They chose this location to reside because it was “suitably remote for contemplation,” as noted by a Time journalist in 1969.

Pressured at first by colonial authorities to keep a distance from the local Amazigh tribesmen, the monks refused, instead learning Arabic and Tamazight, explaining that they were guests in Morocco, not occupiers. They had come to be a living testimony that Muslims, Jews, and Christians could live together peacefully in mutual respect.

As early as August 1956, three months after Morocco’s independence, the Toumliline monastery became a place for dialogue between people of all beliefs, political opinions, and cultural origins. The monastery welcomed students and local villagers for practical training on how to navigate differences of opinion. Together with the King of Morocco, the late Mohammed V, the monks brought together at Toumliline those of the Abrahamic faiths – the “three religions of the book” – to find shared values and common ground without renouncing their respective faiths and differences. French Jewish philosopher Pr. Emmanuel Levinas, local farmers, and hundreds of people from various religions, ethnicities, continents, and social backgrounds gathered to debate how all people could live together and interact for the benefit of the whole of societies.

It is also worth noting that the monks opened an orphanage for local children. As they were all Muslim, the Christian monks invested in teaching them more about Islam to allow them to further understand and embrace their own religion, sharing with the world a strong message of openess and empathy.

Meanwhile the so-called “Cold War” was actually very “hot” in the developing world. Rising political tensions in the 1960s, as well as structural financial issues due to the opening of two other monasteries in West Africa (Ivory Coast in 1960 and Burkina Faso in 1962) from Toumliline’s budget and human resources, led the once-thriving monastery to finally close in 1968. 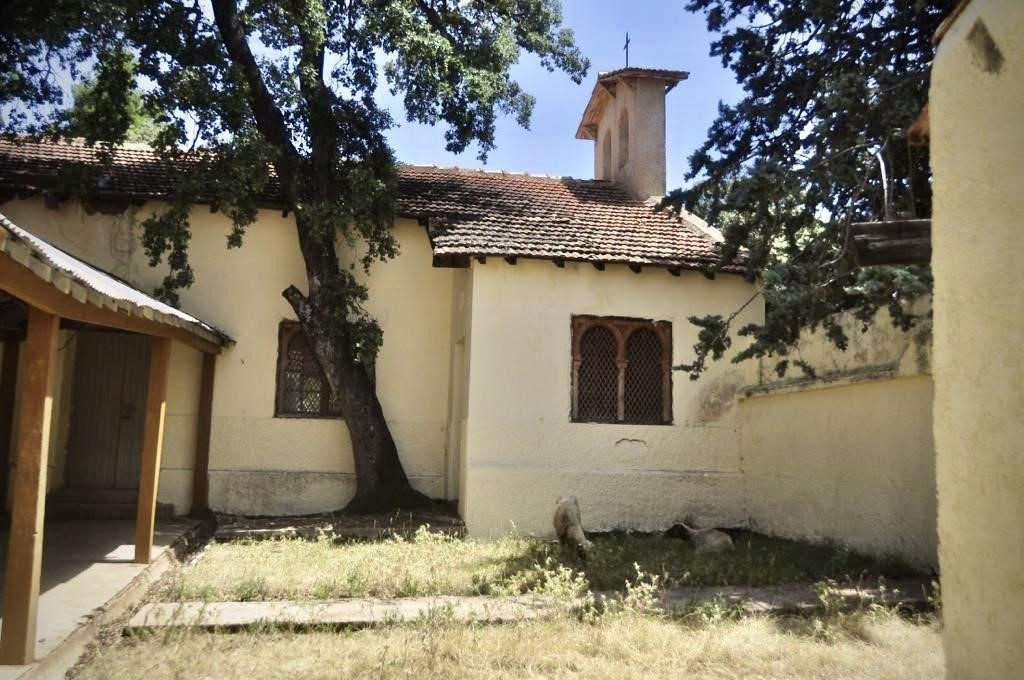 Today, the High Atlas Foundation (HAF), the Association Mimouna and the Memories for the Future Foundation (FMA), work all together and with the local people to restore this once-vital part of the community, nationally as well as locally, to consolidate citizenship, openness to differences, but also encouraging a sustainable economic and cultural development. Through several planned projects, the site will gradually, concretely and symbolically be reborn to teach us the lessons of openness, empathy and cooperation it once carried.

Over the course of the last year, FMA has organized the cleaning of the site, collected information and archives from during the time when the monastery was open, and installed educational signages at various points of significance throughout grounds to make the place and its history more understandable for non-Christian visitors.

Now, FMA is collecting the memories from local community members from the years when they interacted with the monks. A Muslim Moroccan elder recalls: “One winter…there was a terrible storm. My flock of sheep was very sick. Then I heard someone knocking at my door. I opened it, and it was a monk who came in the storm to bring medicine. He gave them to the sheep and left walking back to his monastery in the snowstorm. Those men were good men.”

In a time of rising intolerance and rejection of the other systems of belief, it is important to collect, preserve, and diffuse such Muslim testimonies, adapting them for transmission to younger generations.

The project aims to make the former monastery a base for regional trekking tours. A small museum in the monastery will retrace its extraordinary story of respect and peacefully living together. There, visitors will have the opportunity to stay in the monks’ rehabilitated living quarters, aiding the local economy by using the services of local guides and restaurants. By connecting the monastery to the existing structures in the region, such as the Cultural Center of Azrou, which was opened by the Ministry of Culture, the national park, and its “House of the Cedar Tree,” which was opened by the Ministry of Agriculture, the project will gradually expand and diversify for the benefit of the local community that will find interest in protecting this heritage and will gradually come to consider it as its own.

Another project will train youth to be “global guides” that transmit important information to visitors about the very specific ecosystems of the region, the history of the interfaith dialogues that took place at the monastery, and stories about the monks who lived there and how they interacted with the local community. Such projects for Moroccan youth aim to honor the history of the monastery, to be an inspiring model of behavior, and to provide a sustainable income for them.

The crown jewel of the plan is to restore the monastery’s two famous gardens the monks created, one botanical – to heal the body with medicinal plants – and one Buddhist – to heal the mind with meditation. HAF’s partnership includes training in medicinal plants, arboriculture skills as well as planting a fruit tree nursery with local seeds, a historically significant agricultural activity, that will benefit the farming families of the region. Taking care of the site in the long-term will provide jobs to local gardeners and a women’s cooperative for the processing of the medicinal herbs and fruit.

Together, these partnerships preserve the memory of the important example that took place here when the projects transmit this philosophy to the new generations. The “spirit of Toumliline,” made of fraternity and hospitality to diverse peoples and beliefs will then go on, allowing the local people to enjoy the fruits of the seeds the monks planted long ago in this Muslim and Jewish land, making this monastery a nursery, a grove of tolerance.

Lamia Radi, President of the Foundation Memories for the Future, is a political scientist and a career diplomat. This project has been developed by the Memories for the Future Foundation, a Moroccan NGO founded in 2008 that is dedicated to countering radical and violent ideologies in the Maghreb through the revitalization of interfaith sites and meaningful historical events.

The USAID Dakira (Arabic for “memory”) program was officially launched in October 2021. In celebrating the completion of its first year, we are delighted to launch the first Dakira…