On February 14th, I went with three members of the High Atlas Foundation to a primary school near the town of El Gara in the Berrechid Province. During this day, two workshops were organized in order to raise awareness about climate change among the young generation. The first activity was aimed at having the students participate and gain knowledge about the environment, polluting practices, and the direct effects these have on their environment. The second activity consisted of planting a symbolic tree with the children in the school’s playground before the other trees were to be planted the following day. Despite our unexpected arrival due to logistical reorganization, the teachers welcomed awareness activities dealing with climate change and the opportunity to get to know our association. 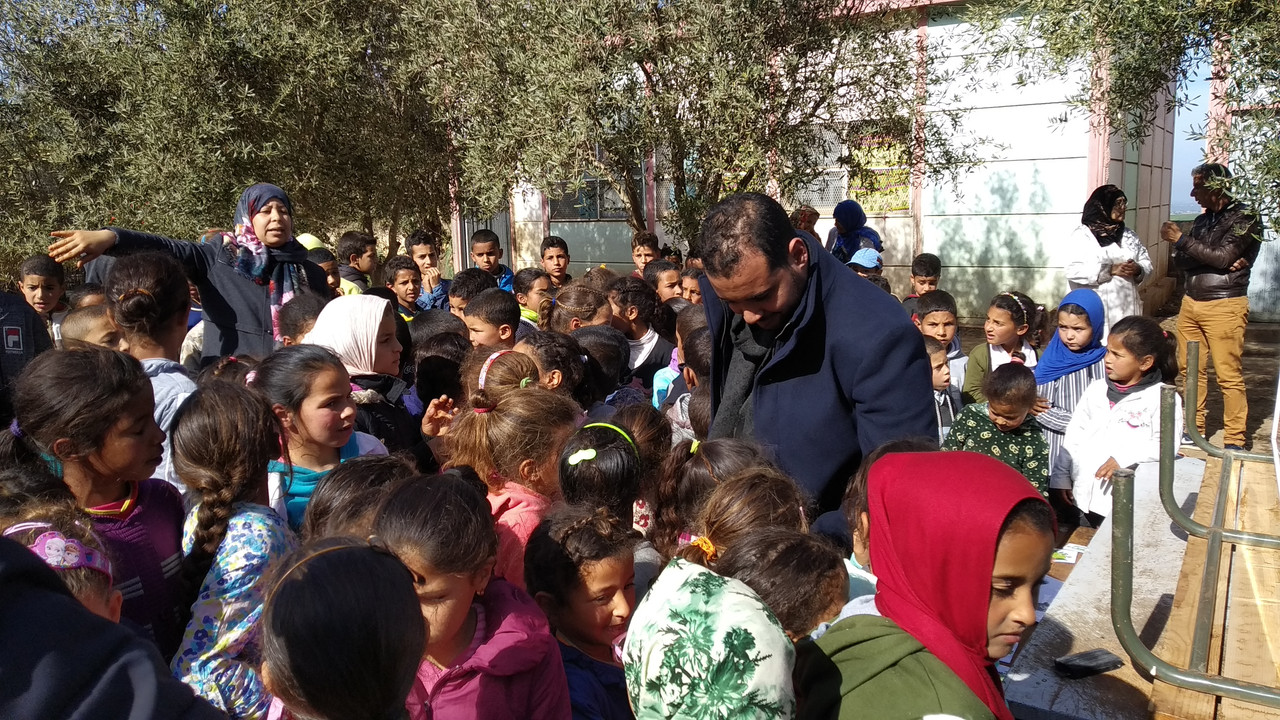 I wasn’t expecting the pupils at this school to know a lot about climate change, but it appeared that they are familiar with many terms relating to global warming even though they were no more than 11 years old living and living in rural Morocco. The school has already been involved in sustainable projects such as the installation of a solar-powered well pump. That may explain how much the children are already aware of the variety of renewable energy sources.
Those rural pupils will be the first to be impacted by global warming. Indeed, due to the high temperatures that will cause drier summers and warmer winters, that rural population who relies on locally grown food, weakened water infrastructures, and food-deprived animals, will suffer far more difficulties than more affluent city-dwellers. The fact that they are the most endangered should be the reason for them to be the first informed. In practice, the best way to involve them is to have them participate in direct planning. Through these ongoing discussions, HAF aims to develop the pupils’ sense of connection that will ultimately encourage them to protect their environment. 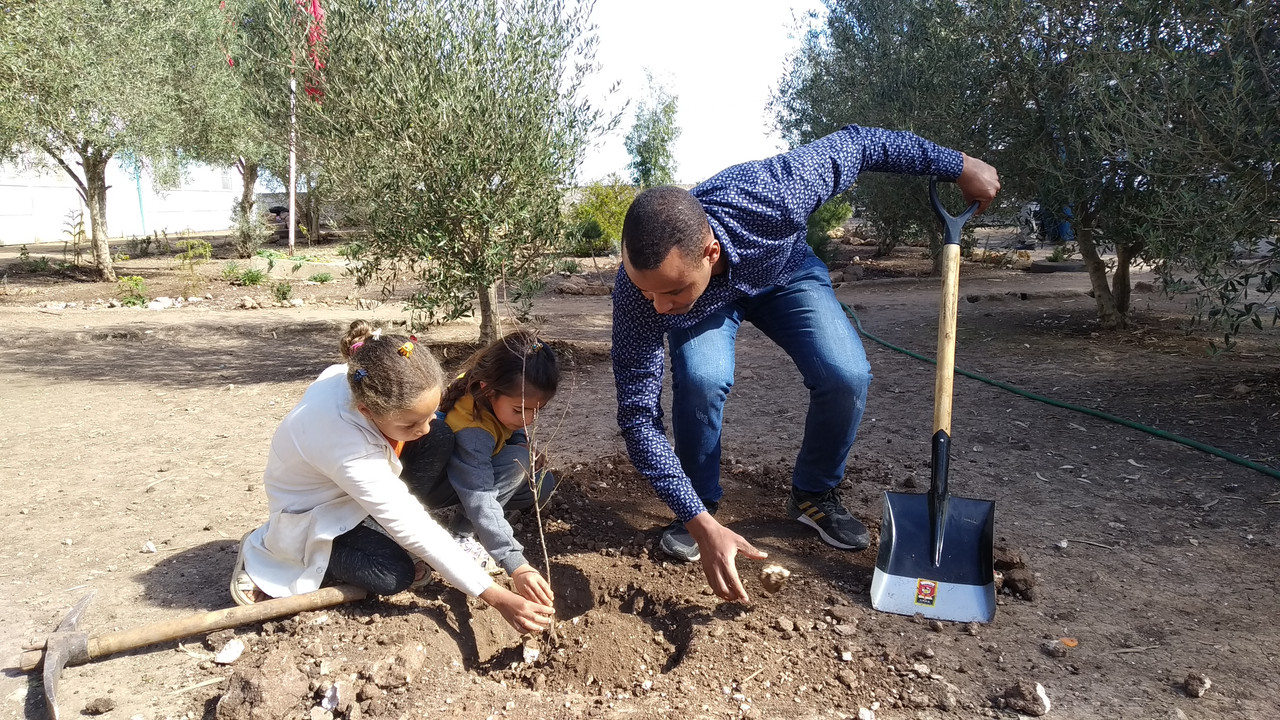 During the different activities, the students’ eagerness was noteworthy: such a simple action as planting a tree becomes a day’s event at the school. While this disrupts their daily routine, it allows them to discuss a subject that will become their reality during the next decades. As important as Math or English classes, this awareness must be part of the tools given to such rural populations. In addition to the issue of girls’ education, the issue of global warming awareness is becoming nowadays an essential topic in Morocco’s rural schools. Wherever they are from and whatever the gender, the children must be informed about these global realities and guided in discovering how they will address the problems as they grow. In turn, they will raise awareness among their parents and eventually their own offspring.

Tifaouine Angale, in Anougal in the South of Marrakesh HAF Volunteer Down to the village of Anougal, on February 11th, the Farmer-to-Farmer team visited this women’s cooperative for…

HAF Intern A parade of landscapes so beautiful and amazing at the same time: it's hard to believe that the city of Marrakech is nearby. My young, Western…