Progress at the Imegdale Nursery 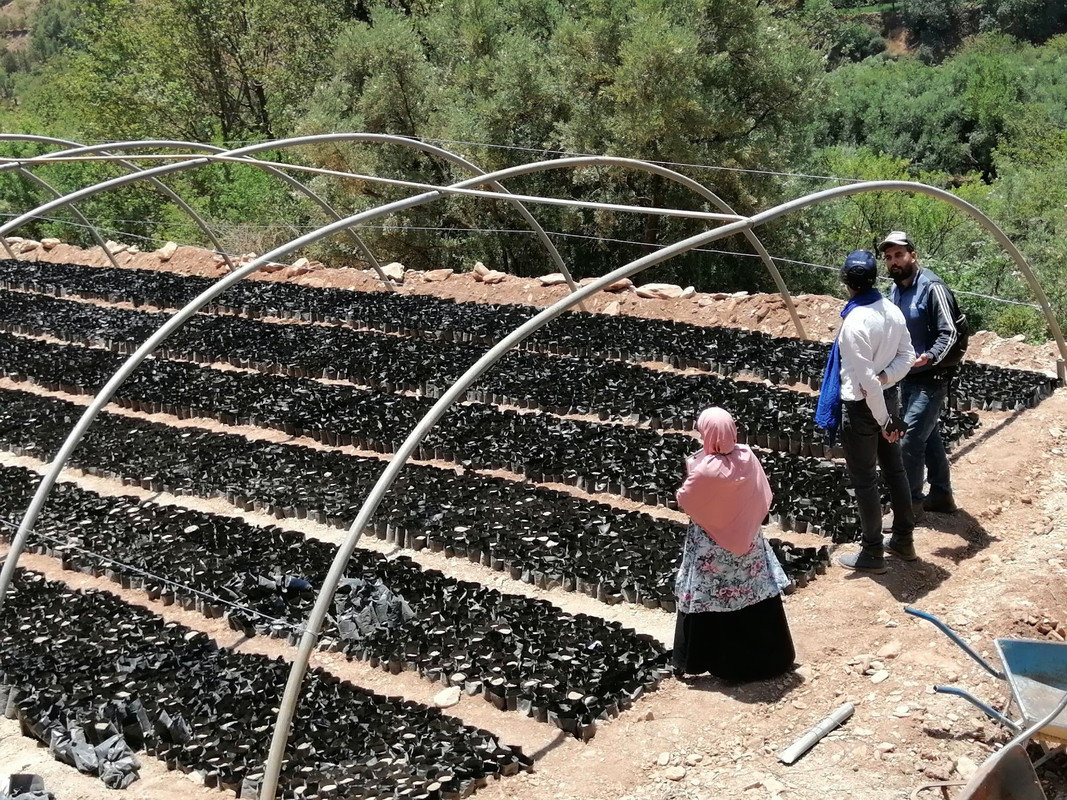 On June 4, 2021, Project Manager Said Bennani and a group of volunteers visited the Imegdal and Tassa Ouirgane nurseries.

The first stop was the Imegdal nursery, where they met nursery caretaker Hassan Ait Ba on the new nursery land. To date, five terraces have been built on the new land. Three greenhouses have been installed, and a water storage system has also been built. The greenhouses will have the capacity to plant almost 60,000 carob seeds.

The planting and the irrigation system installation should be completed in a two-week time frame. After that, Hassan will plant 20,000 argan seeds. The old nursery also has 50,000 argan seeds and 60,000 carob. The carob and the argan seeds are growing very well but more slowly on the sides that face a lot of wind.

By the end of this year, after transplanting all the saplings grown at the old nursery, Said and the volunteers will move all the materials, greenhouses, and irrigation system to the new land. Hassan was asked to plant as many trees as possible on the old land for when they return it to the local cooperative.

Said and his group hope to visit the nursery often to make sure everything is installed and working well on the new nursery land and to monitor Hassan’s progress. There are now four employees working at the nursery in addition to Hassan, and the plan is to add two more workers to complete the planting process swiftly.