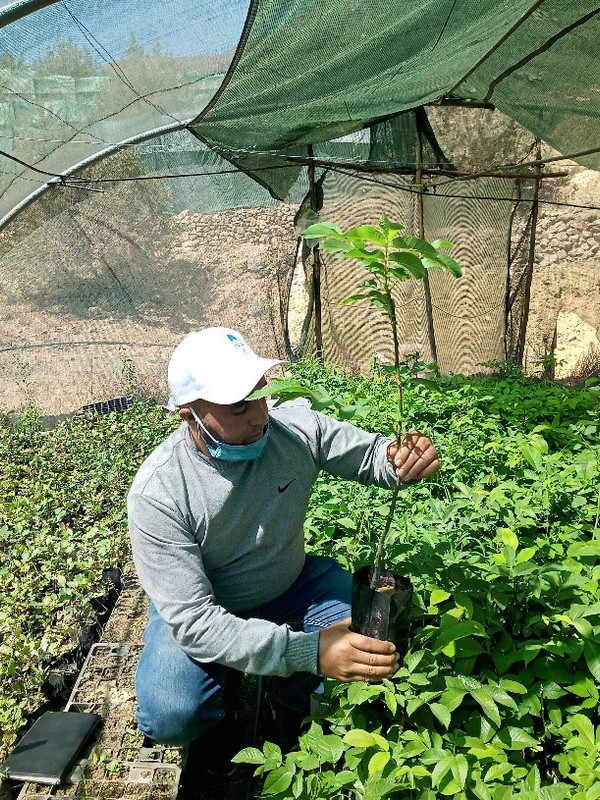 Humanitarian crises have recently been declared in Sudan, Yemen, Niger, Mali, and Somalia—affecting at least 450,000 people—due to flash floods and landslides. Areas with low tree coverage and poor soil quality are more likely to experience flood and drought, as the soil is less able to retain excess rainwater.

Countries like Morocco, which are highly susceptible to long periods of drought, are welcoming reforestation efforts to improve agriculture. In partnership with civil society, the Moroccan government will plant 800,000 trees across the country by 2024.

Like Morocco, many are turning to agroforestry, or tree-farming, as an eco-friendly solution to climate issues. Globally, at least 650 million hectares of land (13.3% of total farming land) are used for agroforestry systems.

Deforestation and poverty are linked

Almost 30 percent of the world’s 821 million malnourished people live in Africa, the highest prevalence by region. Despite socioeconomic improvements in Morocco (1.7 million Moroccans have moved out of poverty in the last decade), droughts continue to threaten agricultural production, which accounts for 20 percent of GDP and 30 percent of the Moroccan workforce. Low crop yield can exacerbate poverty, especially in rural regions, as two thirds of people who are in extreme poverty work as agricultural laborers.

However, African farmers are beginning to diversify their incomes, a method Morocco has been successful with in improving rural economies and reducing poverty throughout the region. For Moroccan farmers, this has meant investing in cash crops, such as fruit and argan trees, as opposed to producing principal crops, such as wheat and barley.

An oasis in the desert

Forest-gardens, or “food forests,” have been around since ancient times. These cultivated forests contain several layers. The top layer, usually fruit or nut trees, provides shade and traps moisture for smaller edible plants, such as shrubs and root crops.

One of the most well-known forest-gardens in Morocco, located in Agadir, is the Inraren forest, a strip of tropical fruit trees that covers approximately 65 acres. While the exact origins of the forest are untraceable, many believe that it has existed for at least 2,000 years.

The area began as a small gathering of plants, an alternative to transporting and cultivating food sources far away from home. Locals tended the area over thousands of years, creating a support system—beneficial insects, cultivation techniques, and traditional horticultural knowledge. The end-result was the creation of a “self-sustaining” ecosystem, a so-called oasis in the desert, where local produce—goats, chickens, pheasants—could live within and contribute to the survival of the trees and crops.

In addition to food staples and non-native produce, these forests provide shady spaces where cool, moist air can gather, keeping the surrounding land firm and water-retentive. The goal of food-forest developers is to create these forests in areas where the soil is prone to becoming loose and dry.

In order to combat the effects of global warming, governments are embracing reforestation initiatives. A simple initiative may involve tree planting as an activity. The Chinese government, for example, enacted a program in 1982 to combat the effects of climate change within the country, establishing that all able-bodied citizens between the ages of 11 and 60 have the obligation to plant three to five trees every year. Local governments are required to organize voluntary tree-planting activities that engage all citizens. This ensures that trees are not planted in unwanted areas that could harm the land or the people. Since the program began, a total of 42 billion trees have been planted across the country.

The High Atlas Foundation (HAF), a development nonprofit based in Marrakech, offers a method of reducing rural poverty by providing farmers with natural-grown fruit and nut trees to diversify and boost local incomes.

The approach connects three levels of stakeholders—individuals within the community, government, and local organizations—and provides a solution to barriers local farmers may face in trying to grow their own trees. Local farmers may not have available land or proper equipment to grow saplings from seeds, and nearby nurseries may be too expensive to purchase from.

HAF nurseries use land donated in-kind from donors such as the local Departments of Water and Forests, Ministry of Youth and Sports, and the Moroccan Jewish community. Locals grow seeds within these nurseries, keeping the process within the community. Then tree saplings are sold at reduced prices to local farmers, planted, and monitored for proper growth. In this way, the organization has planted 1.38 million tree seeds this year, partnering as well with Ecosia.

As climate change continues to affect communities around the world, reforestation and tree farming methods provide a solution. However, economic and political aspects of land ownership can challenge these initiatives. It will be important for those who choose to plant trees to do so in the right places.

Jacqueline Skalski-Fouts is an undergraduate global studies student at the University of Virginia.

It’s Time to Wake Up: Imagining More for Women’s Futures

Climate Change: A Lot of Progress to Be Done