Planting Trees: An Act of Faith

The Qur’an speaks about water as the life force: the heavens and the Earth were a joined entity, and then they were separated and every living thing was made from water [21:30]. Everything needs water to survive, and among these, of course, are trees. Trees help us to have an abundance of water as well. Between them is a symbiotic relationship.

High Atlas Foundation started its tree-planting efforts in 2000 because we listened to the people of Morocco. They wanted this because they were trying to transition from barley and corn, which are important staples but which were not meeting their household needs. They wanted to grow what would provide much more income for them: fruit trees. Ecosia, the National Initiative for Human Development, Robert Bosch College, FRÉ skincare, and many other organizations, and thousands of individuals have enabled HAF to fulfill the people’s desire, planting 1.38 million seeds in 11 nurseries in six provinces this year. More than providing much-needed increases in income, tree-planting is a vital activity for Moroccans. For HAF, we expect that 20% of what we plant might not grow. But when that happens, we are dedicated to re-planting in that very spot to ensure the bounty. 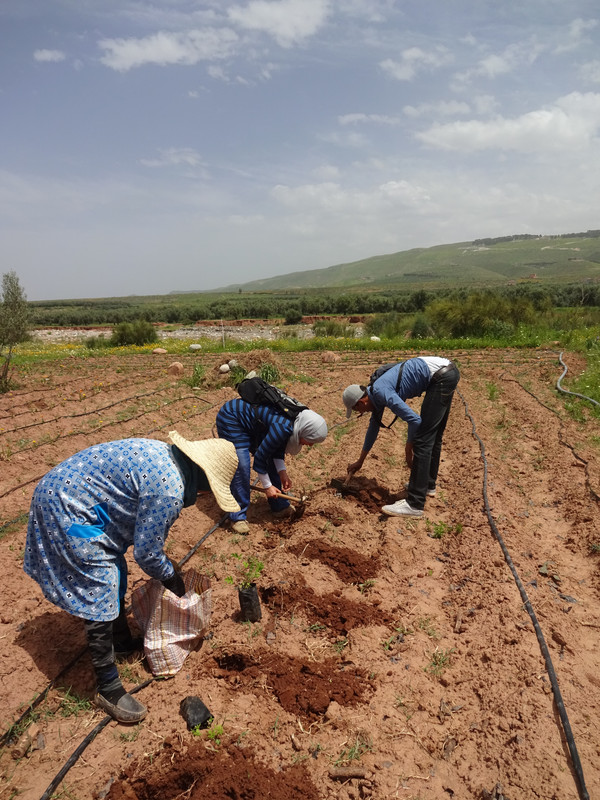 Tree-planting is a way to achieve sustainable development. In January 2020, a campaign was held to honor Martin Luther King, Jr.’s Birthday by planting as many trees as possible. This was followed by conversations about how else to offer people who might not know where or how to access a tree sapling the opportunity to get one from among the many organic varieties with which Morocco has been blessed.

HAF determined that each citizen on Earth, especially in Morocco, could have this opportunity through an e-store, which is now available on the HAF website: https://highatlasfoundation.org/store/. HAF Marketing Director, Imane Akhezzane, notes that this allows people who might not have the time or resources to visit HAF nurseries or attend planting events the chance to buy trees without leaving their homes. HAF will even deliver them to the planting sites: farming families, schools, hospitals, centers for the protection of youth, women’s cooperatives and more. Donors will also receive a certificate in recognition of their contribution, or the beautiful certificate can be given in another’s honor or memory. 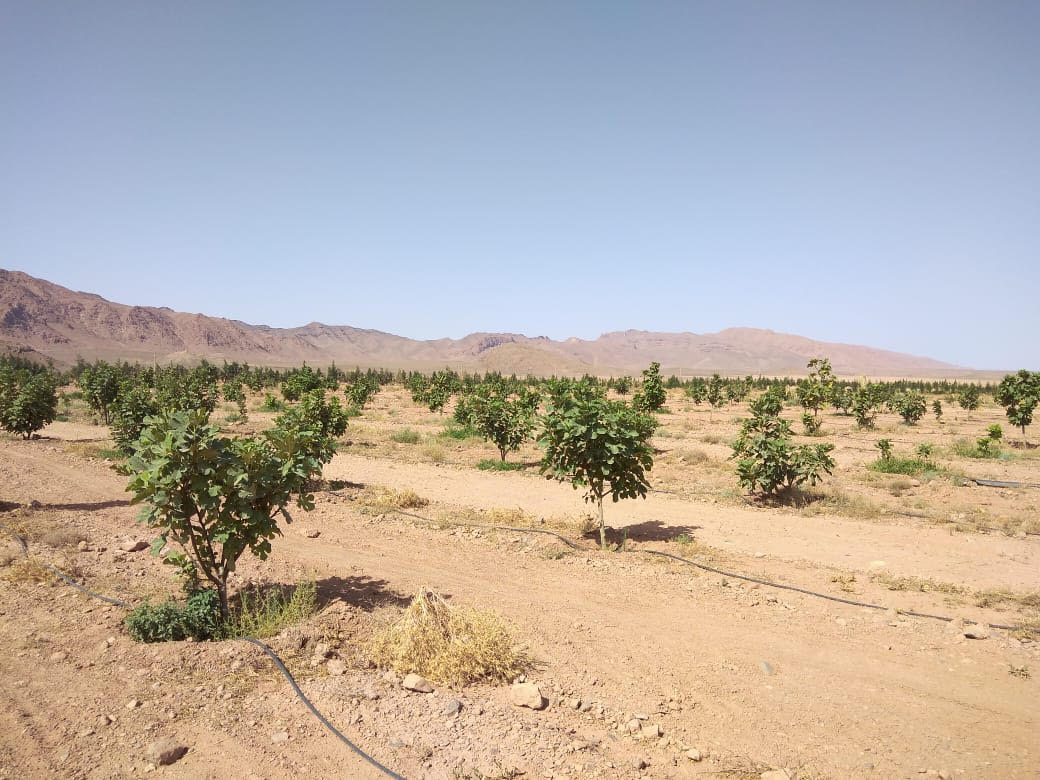 HAF President, Yossef Ben-Meir, reflected that, in 1995, at his first tree-planting experience, he was sitting with the sheikh, in a village called Tissaldai, the very last village you get to in the High Atlas Mountains before the area becomes uninhabitable. The terrain is straight rock going up from the valley and the climate is bitterly cold in the winter. Looking over the agricultural terraces down into the valley, they could see the people planting the trees that had just been distributed. This sheikh, this strong, proud man, was crying, unheard of for such a man to do in front of someone else. This memory illustrates that tree-planting is deep in the heart of the Moroccan people, the Moroccan culture, the Moroccan way, maybe the human way.

King Hassan II once said, “Planting a tree is an act of faith.” When this was shared in 2003 with the U.S. Ambassador, Margaret Tutwiler, and her team in a meeting about the organization’s first funded project, she stood up and said, “Let’s spread some faith.” Directing the head of the U.S.A.I.D. to support the project, she added, “Give to HAF what you can as soon as possible so they can plant trees.” How the trees are grown – from local seed, on donated land, with organic practices – is as beautiful as the trees themselves.

The trees that were planted then yield fruit for us to eat today. We need to continue to plant trees for future generations, and it does not have to be thousands but rather what each person can give, even if it is just a single one. If we each plant one tree, we will be sure that the future generations can find something to eat on this Earth to sustain them. We must do this to be good citizens and to think about each other unselfishly. 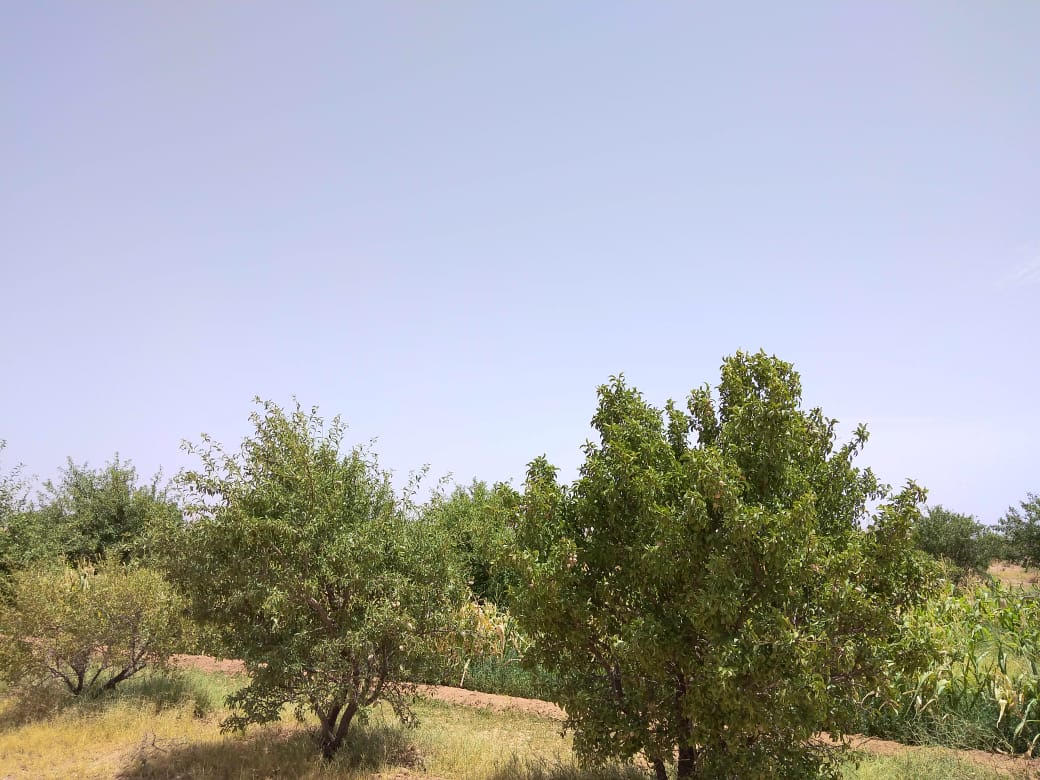 “And it is He who sends down rain from the sky, and We produce thereby the growth of all things. We produce from it greenery from which We produce grains arranged in layers. And from the palm trees – of its emerging fruit are clusters hanging low. And [We produce] gardens of grapevines and olives and pomegranates, similar yet varied. Look at [each of] its fruit when it yields and [at] its ripening. Indeed in that are signs for a people who believe.” [6:99]

Calling tree-planting an act of faith is saying that we don’t know about tomorrow. We don’t know about our children, our children’s children, the next one hundred or two hundred years. A walnut tree can live 500 years. We plant, knowing that there can be famine and drought and that the future is never guaranteed. This act of faith is saying, “I am still going to do the best I can do today, and I’m still going to plant it and water it the best that I can even though I don’t know if the next generation will. It will be there for them, and hopefully it will be carried on.” Imagine how many generations of faith – for a walnut tree, perhaps 15 – so that every generation can eat from it? Imagine every generation that watered it and pruned it? For each, it was an act of faith.

There are a number of reasons that explain the ascendency over decades, and now the mainstream, of participatory approaches to meaningful development. We often see that when people…

Creating and Giving Joy to Others

Director of Projects Natural human tendency is to create security in our lives by trying to keep things the same, but we need to keep in mind that…