At the High Atlas Foundation (HAF) office in Dakhla, December 13th marked the official start of the Implementation of the participatory governance program. Our collaborators from the Middle East Partnership Initiative (MEPI) were present to see us in live action hosting a gathering of local civil society organizations (CSOs) to discuss the topic of people’s participation in planning and implementing their priority socio-economic and environmental initiatives in their communities.

The program’s local partners arrived in the afternoon, and we served them tea, respecting local traditions, which led to the start of a good conversation among us all. They discussed the various issues the region faces and the role of civil society organizations in managing with these challenges. 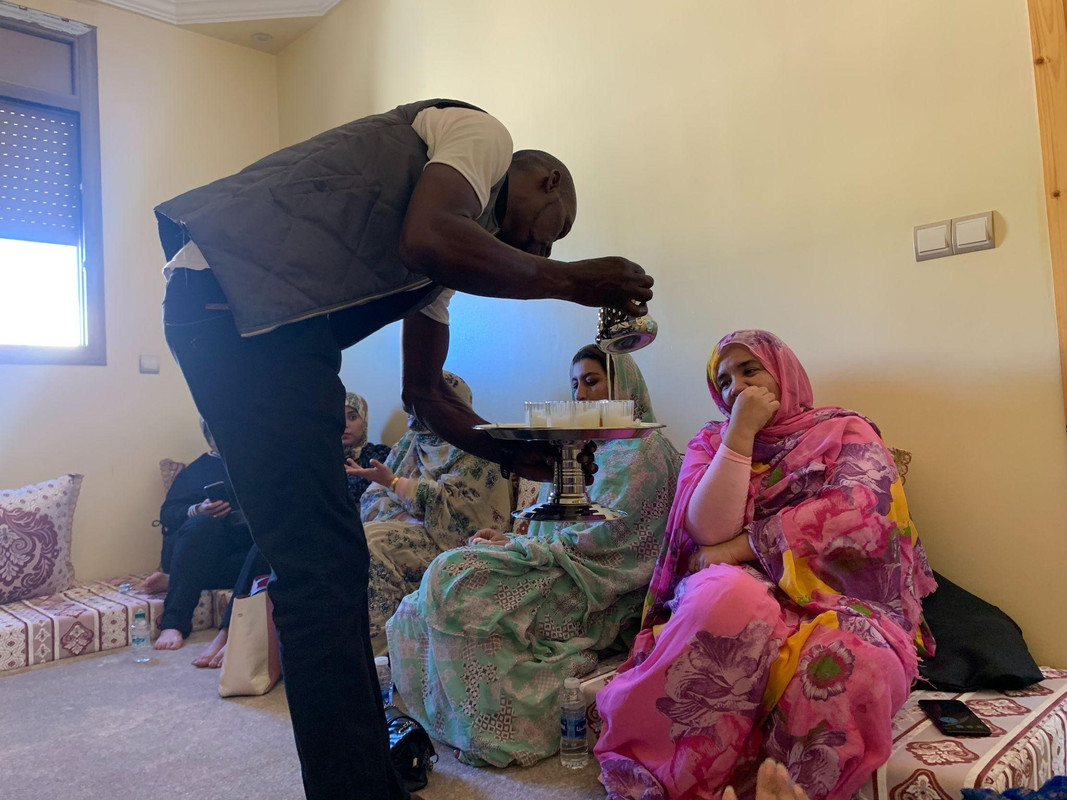 The main event was facilitated by HAF’s Program Manager Hana Ezaoui, who gave a description of HAF and its history, which dates back to 2000, a history of positive impact, hard work and hard-to-believe achievements, like planting four million trees in community nurseries and with schools throughout Morocco, including the southern provinces. There is a detailed map illustrating the distribution of trees in Morocco, and the thousands in the southern areas. HAF began sustainable development activities in the southern provinces in 2012. 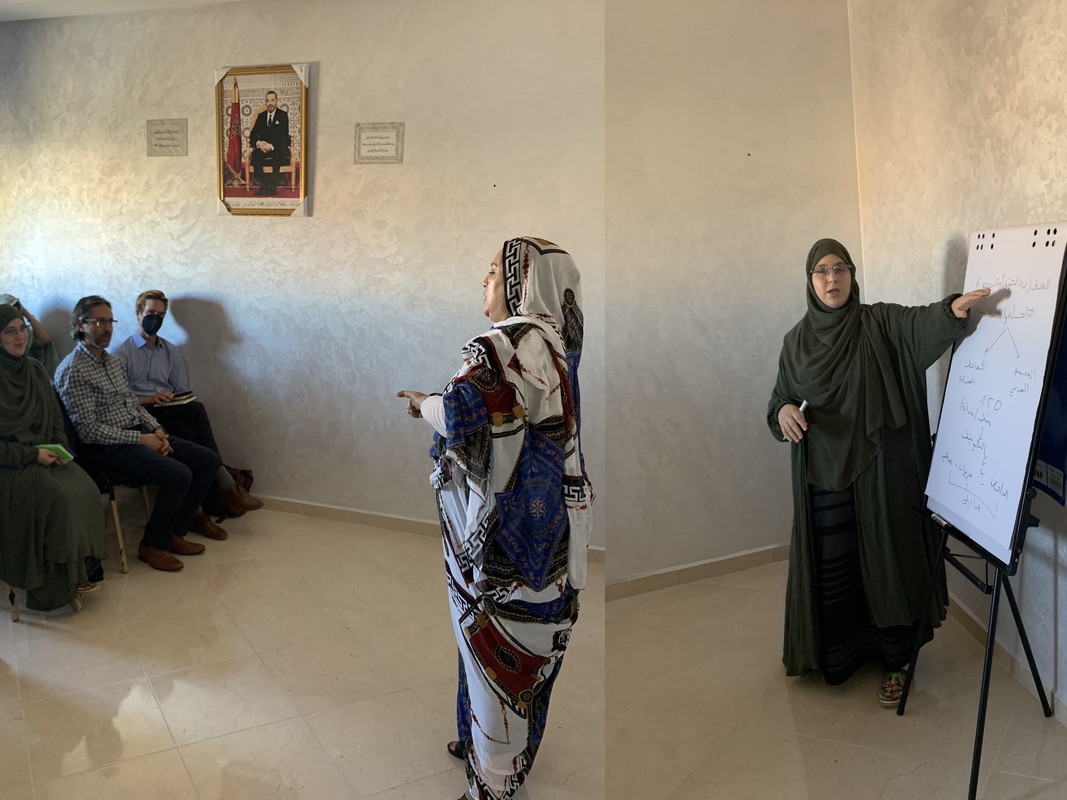 A merged image of Hana and Hajiba talking about the project and the foundation. Photo credit: Cheikh Akmach/HAF

Hana then introduced Hajiba Boumasmar, HAF’s Program Director, who explained in detail the new project, its duration, its objectives, and how it shall be implemented. Hajiba gave a brief description of participatory governance, as well as other topics that will be the program’s main focus: advocacy, women’s empowerment, and entrepreneurship. Finally, she spoke about our objective of helping to implement three projects identified through the participatory community governance and that is carried out by local CSOs.

Next came a word from the MEPI team representatives. Mr. Alexander Cottin delivered a talk that was translated by Mr. Mostapha. Alex expressed how immeasurably excited he is for the project and how it shall open new doors for the beneficiary communes in terms of the application of the concept of participatory governance. He also spoke about the platform that will be built around the idea of the project, a website that will be able to bridge the gap between citizens and CSOs on one hand and government and elected officials on the other.

I do think that this platform will be the best way of testing what democracy will look like in a digitized world. Participatory democracy gives the chance for local communities and citizens to identify their real challenges and gives them an opportunity to let their voices be heard in an organized and civic manner. It bridges the gap between citizens and officials helping as consequence in better decision making.

The rest of the time was allocated for listening to the ideas and remarks from the participants, many of whom expressed their support for this initiative and the need this region has for such programs.

We were presented with many problems that all these CSOs and locals are facing in the region, issues like the rising rates of unemployment and poverty, inflation and sky-rocketing prices of essential goods in the aftermath of supply chain deficiencies as a result of Covid lockdowns and the Ukrainian-Russian War. Plus, the situation of fishermen lacks proper solutions and the city of Dakhla lacks green spaces. In addition, the women face challenges with  integrating into the economy.

We were also given suggestions in terms of the topics that we should cover in our training and workshops, ranging from digitalization to languages. The meeting ended with the conclusion that this project is much needed in the region. The CSOs professed their readiness to follow the program and engage with the training. 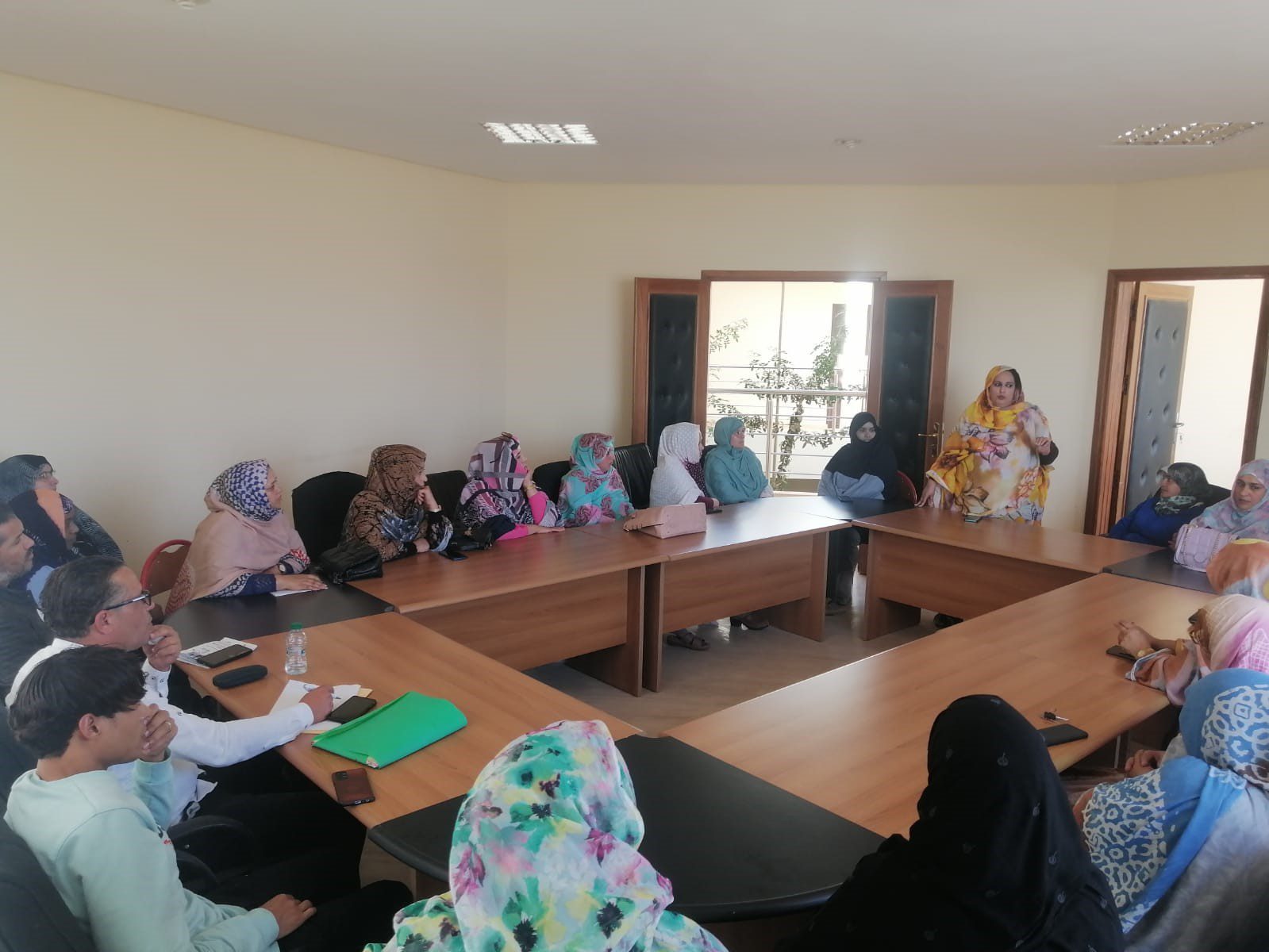