New Voices to the Old: Sprouting Progress in Marrakech’s Mellah 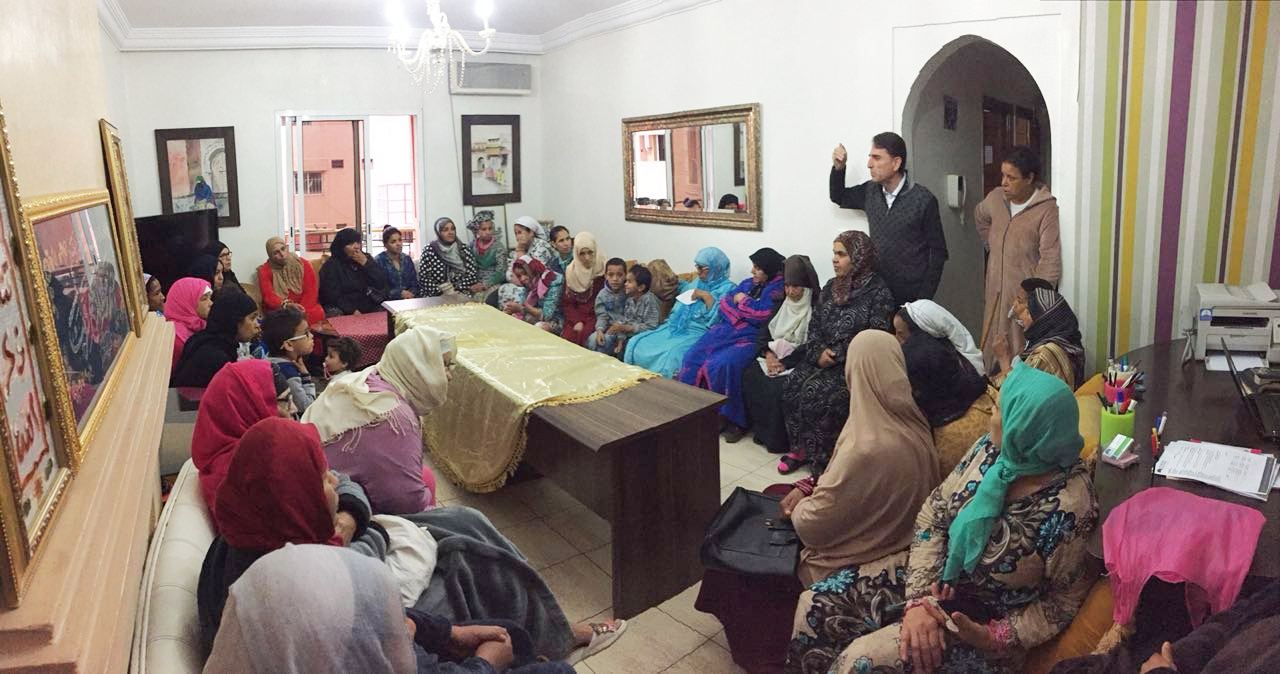 On the 24th of May, the office of the High Atlas was brimming with a total of 91 people as the High Atlas Foundation staff and the people of Marrakech’s Mellah gathered for Iftar, the breaking of fast. Marrakech’s Mellah proves to be a religious and geographical testimony to the historic coexistence of the Jewish minority within the Muslim community, in an economically vulnerable setting. These members of the community who attended the event were divided into three rooms, each, equipped with at least one High Atlas Foundation staff member that lead the project prioritizing sessions.

Meanwhile, the rest of the staff was floating from room to room ensuring that everyone could satiate their hunger from the long day of fasting with the help of some of the women and some very eager kids. Most notably, there was a young girl who could not have been more than 12 years old who goes by Amina. From the time she entered the office to the time she left, she never stopped helping by either handing out food or by taking back empty trays. After conversing with some of the women from the Mellah and observing the various rooms, it became very clear why Amina had such a commendable character. The women who filled the office of the High Atlas Foundation were resilient individuals who have an optimistic demeanor and inviting personalities despite the hardships that they face daily. Therefore, having these women as role models is likely the reason why Amina will grow up to be as wonderful as the women she is surrounded by. 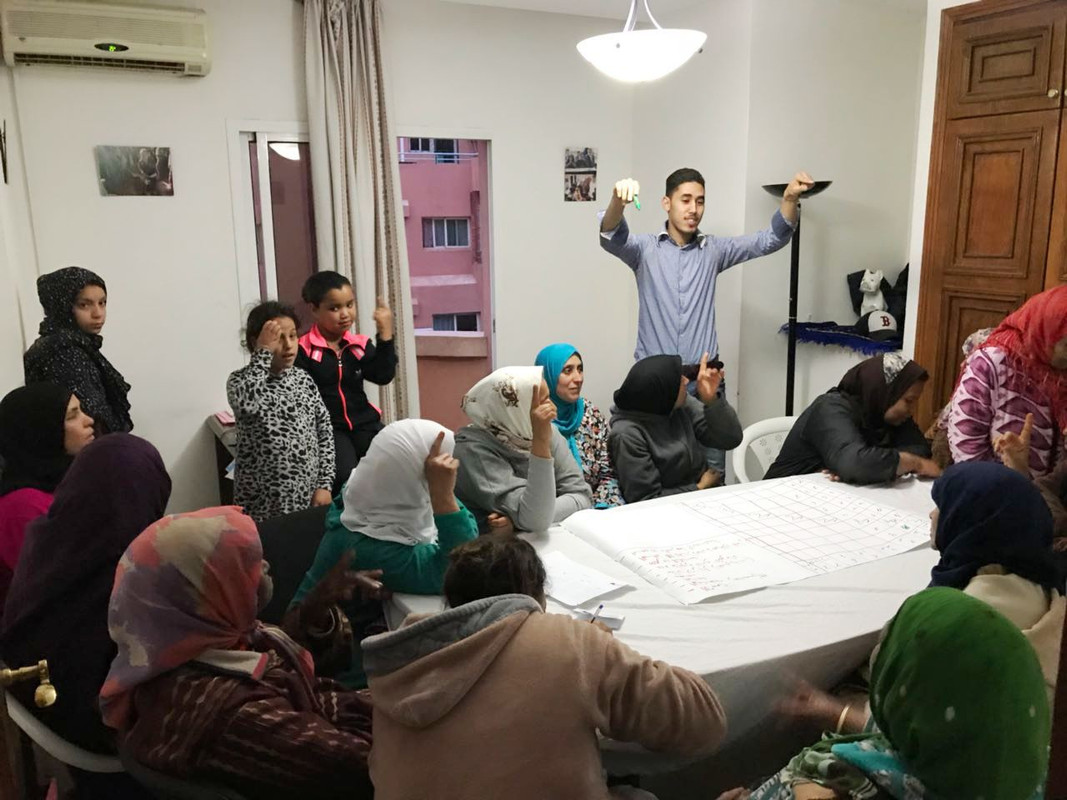 This event was created to celebrate the culmination of a women’s workshop, which aimed to identify and create solutions for salient issues that the women in the Mellah face everyday. What started last Ramadan as a participatory initiative to increase women’s agency in their communities evolved into a program that allowed women to communicate and implement the initiatives they most want in their lives. By hosting these last year workshops at a synagogue in the Mellah, many women were exposed to Moroccan cultures and religions they previously knew little about. In addition to increasing religious understanding, the workshops helped the women of the Mellah to convey and express some of the most pressing issues they face on a daily basis. Based on the conversations our communication facilitators had with the women of the community, there was a widespread lack for employment opportunities for women living in the Mellah. Some of the infrastructural needs of the community targeted improvements regarding the restructuring of homes, waste storage, and most importantly, a space for women to collaborate and address these needs of the community; a women’s cooperative. 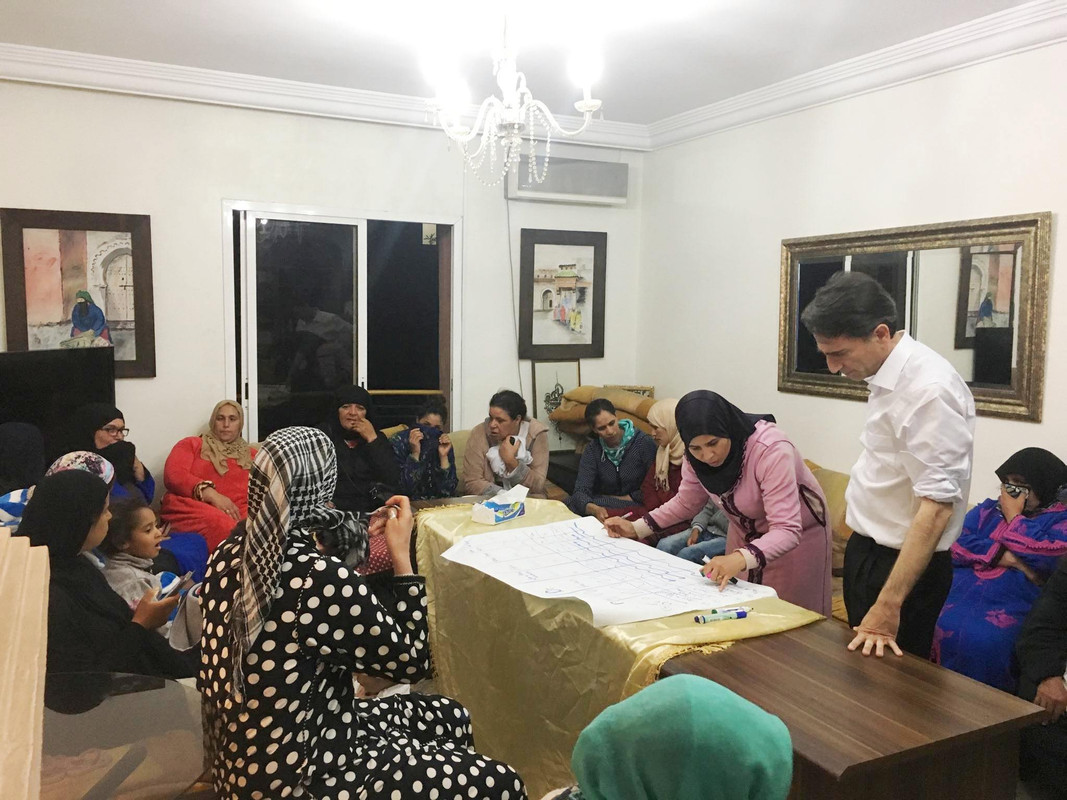 The participatory approach taken in this project aims to give agency to women and girls like Amina, so that they have the same economic and social opportunities as her male counterparts. This initiative will propel Morocco into the next step of social and economic development, through the empowerment of women, and the soon creation of the first women’s cooperative in the Marrakech Mellah.