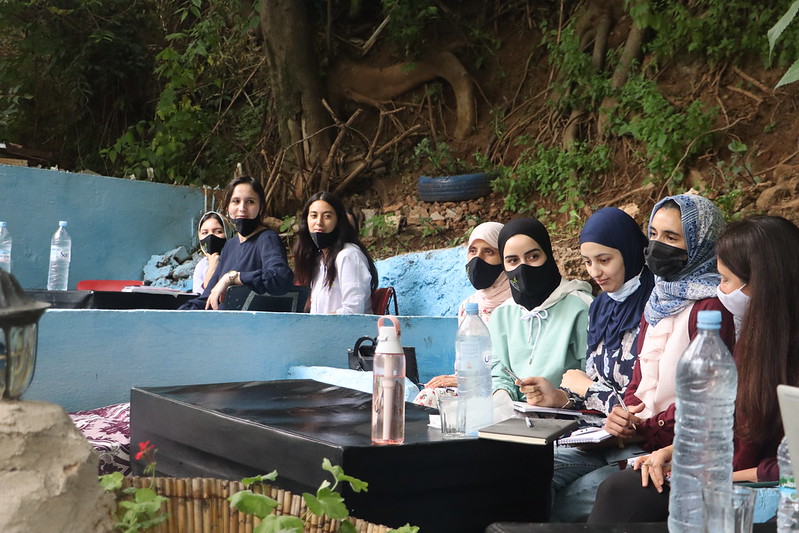 This word “development” is quite heavy. It is not just a matter of improving the economic conditions of a society, but of changing lives and trying to build a better present and future. As a student from the US, it’s valuable to recognize the position that countries such as the US and others in Europe are in with respect to development. Countries have initiated projects of development focused on outcomes, without considering the needs or interests of those they are trying to help.

Development as a process often suffers from traditions of ignoring the people and human conditions on the ground. Development tends to be concerned with numbers and economic improvements rather than working on the specific outcomes for a society. Where economic solutions seem like the most effective way to improve the quality of life of those in developing countries, poverty is now being understood as less about economic needs and more about addressing underlying factors like discrimination, exploitation, and abuse. This sets the stage for human rights to enter in the discussion.

Human rights activism in Morocco rose around the 1970s, with the 1980s marking the expansion of civil society. What we have seen is that rural and indigenous groups, those who would be most affected by and involved in the development process, are often left out of human rights discourse and government policies. Additionally, there has been a distance between the language used by the larger human rights organizations and the grassroots activism on the ground. Thus, the broader world of human rights has been characterized with a lack of focus on the people and the specific needs of diverse communities throughout the country. However, with more and more groups integrating human rights approaches to their development goals, this trend has begun to change.

Development and human rights are tied together by shared norms and values, united by a common goal of building a better society for the people. A rights-based approach (RBA) to human rights, then, can enhance development goals. The Danish Institute for Human Rights notes that RBA is “based on the concept that impoverished people must be protected from illegal and unjust discrimination, dispossession, denial and disenfranchisement.” This approach helps move development away from a merely economic process. Development and human rights mutually reinforce one another, as development secures access to rights while the existence of rights enhances development. RBA shifts development as a process away from providing needs to emphasizing “society’s obligation to respond to the rights of individuals.” Here, development is increasingly focusing on humans and the extent to which they can live their lives.

Rights-based approaches in Morocco and beyond have challenged the objective tone of development, transforming the process into one that centers on humanity. The people are the agents of change involved in building their communities for themselves. For example, many ethnic communities have used social-oriented partnerships rather than market-oriented ones in order to gain support for development projects.

Rural women are another group who are increasingly articulating collective rights in opposition to the standard outcome-based approach of development. What we see here are examples of groups in Morocco who have turned development into something that values their rights as people. Moroccan human rights organizations are taking explicitly proactive human rights stances that are consistent with international human rights standards, a contrast to Western stereotypes of Arab-Islamic culture, and therefore fight against Western ideas of what the world looks like by actively better lives for the people.

The High Atlas Foundation is one of the many organizations using RBA, integrating rights into a range of issues from land rights to women’s empowerment. For example, on the issue of land, many development projects have neglected the value that rural communities place on the land itself, preferring to commodify the homes of local peoples. But HAF places value into the land, understanding it as part of the community, and helps it flourish with commitments such as tree planting.

Women’s rights is another arena where HAF acknowledges the importance of rights in development. Using the framework of Moudawana, the Moroccan family code, “HAF aims to integrate a rights-based approach into existing programs to create an inclusive women’s empowerment strategy that involves strengthening capabilities, capacities, and implementation of rights.” HAF understands that development must recognize the relationship between rights, capacities, and a sense of capacity. As a process of change, development must begin with the humans themselves, and commit to building a better world for the sake of humanity. By Kristin O’Donoghue Article 26 of the Universal Declaration of Human Rights upholds education as a right to which every individual is entitled. The opportunity to attend an… Between the Anvil of Water and the Hammer of Spirituality

By Fatima Zahra Laaribi HAF Program Manager Twenty-three women from the village of El Kdirat in the Jnane Bouih commune of the Youssoufia province, participated in a four-day…