M’Suud and Mohammed: A Tale of Two Friends

M’Suud And Mohammed: A Tale Of Two Friends, Scoop world. 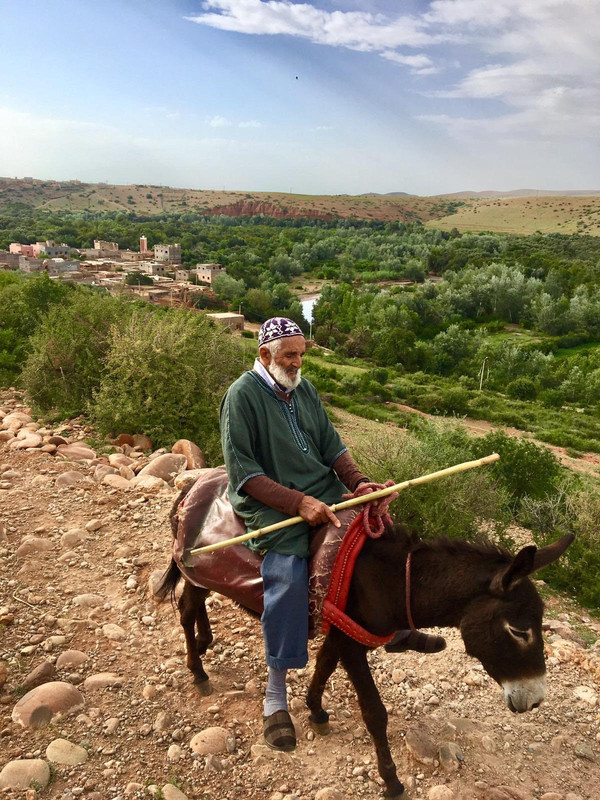 Overlooking the Green River Valley and village cluster of Oulad Amer, Larbi Soukab makes his daily trek on donkey-back with bamboo cane in hand to check on the growth of his land. Photo: Youssef Enouiti/HAF

Who knew that what started with a simple souk interaction — eventually evolving into the story of a friendship nearly lost to history — could glean such large life lessons for me as I listened to my grandfather’s stories?

M’Suud Ben Bagadou & Mohammed Soukab are the names of two Moroccan men, Jewish and Muslim respectively. Their relationship, founded on respect and trust, represents a classic tale of the Kingdom of Morocco.

Mohammed’s son, my grandfather, Larbi Soukab (b. 1937) somehow always finds the time to share insight and wisdom from his time on Earth. One evening, over a sweet cup of mint tea, I had the pleasure of learning about one special relationship he grew up watching.

My grandfather is both a retired rural Imam and dutiful farmer. From a young age, he would travel with his father Mohammed to buy and trade every Sunday at the nearest souk, located in the town of Demnate. His story, which occurred in the 1950s and 60s, places us at the cultural crossroads of Amazigh, Arab, Muslim, and Jewish populations living in the Green River Valley at the foothills of the High Atlas Mountain range.

Demnate has a long, rich history with a significant Jewish population, existing four centuries before the mellah of Marrakech was founded. It is also a historically Amazigh community with a majority speaking primarily Tachelhit. Jewish-Amazigh coexistence there was harmonious for hundreds of years, yet by the 1950s, many Jewish Moroccans had departed.

As he moved on to his second cup of tea, my grandfather recounted small, yet meaningful glimpses into the friendship of his father and a native Jewish Moroccan man from Demnate. What started as the occasional visit of a familiar face became the regular arrival of a much-beloved guest for years to come.

The Sunday souk, known as Souk Al-Had, was at the time a major site for sociocultural exchange, and that history remains critical to the essence of Demnate today. The Sunday market is still the place to taste olives, figs, and almonds or select local woodwork and pottery.

My grandfather related this memory:

“M’Suud would make the trek down into the Green River Valley and visit my father fairly often. I remember him visiting the house where [he] would find mother churning butter in a hanging goat-skin churn. My mother would always give him fresh butter to take with him back [to Demnate] …

M’Suud and my father became really close friends. My father [Mohammed] would be sure to not let him leave without plenty of the season’s vegetables and fruits.

Although just a teenager at the time, I vividly remember him [M’Suud] packing kilograms of cucumbers into the saddle of his pack animal of choice (a mule) because the year’s harvest had been thankfully plentiful. Alhumdulillah, praise be to God.”

In true Moroccan fashion, hospitality knows no concept of “other.” A Jewish man from Demnate visiting a rural Muslim village was not only warmly welcomed, but later, frequently invited. 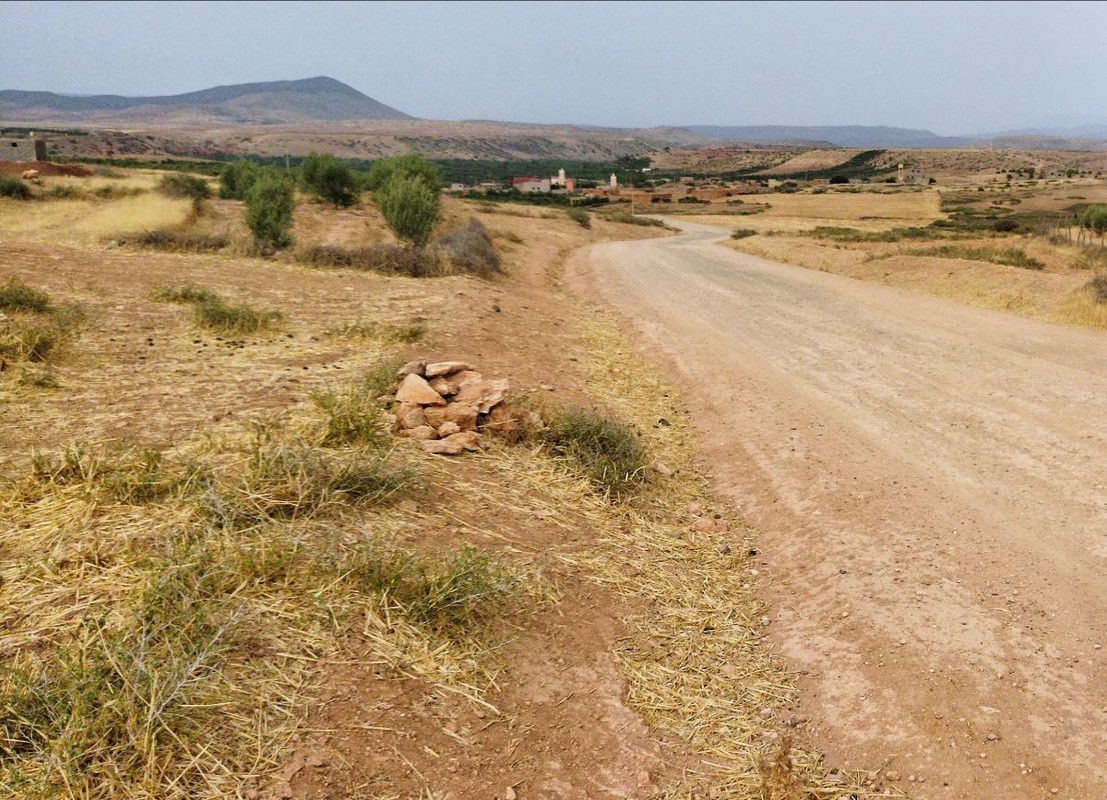 One of winding beaten paths that takes from the Oulad A’amer village to Demnate. The slow and steady incline is quite indicative of the elevation increase to Demnate. Photo: Youssef Enouiti/HAF

I was fascinated to learn of these straightforward daily exchanges and how they shaped an era of religious tolerance within Morocco’s unique history and position leading the world.

After my grandfather’s third round of the rich, aromatic tea, I learned even more.

“ … And at times when my father would depart on a weekend trip to his in-laws up in the surrounding mountainous villages, he would stop in Demnate, which was a convenient half distance from my relatives’ homes to ours. At those times, M’Suud would return my father’s warm hospitality, offering him a welcoming place to stay for the night.”

Such large lessons can be learned about a blissful Judeo-Islamic coexistence as this from such a simple, first-hand recollection of my 84-year-old grandfather’s lifetime. Within these 15 kilometers, which felt like 15 minutes by donkey when M’Suud and Mohammed were traveling together, I feel their friendship reach out across a distance of years to provide lessons in humanity for this day and age.

Religious differences do not present barriers to shared community goals, as was shown through the unique camaraderie of M’Suud and Mohammed. The cache of stories my grandfather — a living time capsule — has to share feels limitless. Like many other Moroccan grandparents across the country, his memories shed light on what living in harmony looks like.
Youssef Enouiti is a Cultural Field Coordinator with the High Atlas Foundation and is currently based in Marrakech.
This article was produced with the support of the United States Agency for International Development (USAID) Religious and Ethnic Minorities Activity, and the High Atlas Foundation is solely responsible for content, which does not necessarily reflect the views of USAID or the United States government. By Amal Mansouri and Soukaina Kherdioui, REMA Field Coordinators On Wednesday, December 22, 2021, the embassies of the United States and Israel in Morocco celebrated the first anniversary… A Seed of Hope for Interfaith Cooperation

By Catrin Waters What is universal about the human experience? And what does it have to do with planting trees? Let’s start at the beginning. An amorphous concept…