One ought not to doubt the Kingdom of Morocco’s abiding sincerity in its commitment to the principles of multiculturalism and to the diverse identities that constitute the whole of this Islamic nation. This embracing on the part of the government and the general public is a real, constant, and codified one, even synonymous with what it means today to be Moroccan. However, the lived pluralistic experiences of the people must take new forms with every generation, and its translation into advancing development is now the nation’s foresighted call.

In the past decade, Morocco’s constitution backed by the people’s referendum has made the composition of diverse identities immutable. The public and civil actions to preserve the cultural past for the whole of the country have seen commendable acceleration, with a common desire being the norm to participate in restoration and knowledge-sharing activities when opportunities arise.

However, while discussing and teaching about the multi-faceted national identity is important, the outcome of intercultural dialogue and partnership must surpass this. If we are to be honest, and we must be, considering the harsh conditions (and worsening due to the pandemic) of poverty that impact most people and especially those in rural places, then we must admit that Moroccan multiculturalism is not reaching Morocco’s own standard of translation into sustainable development for all the people. 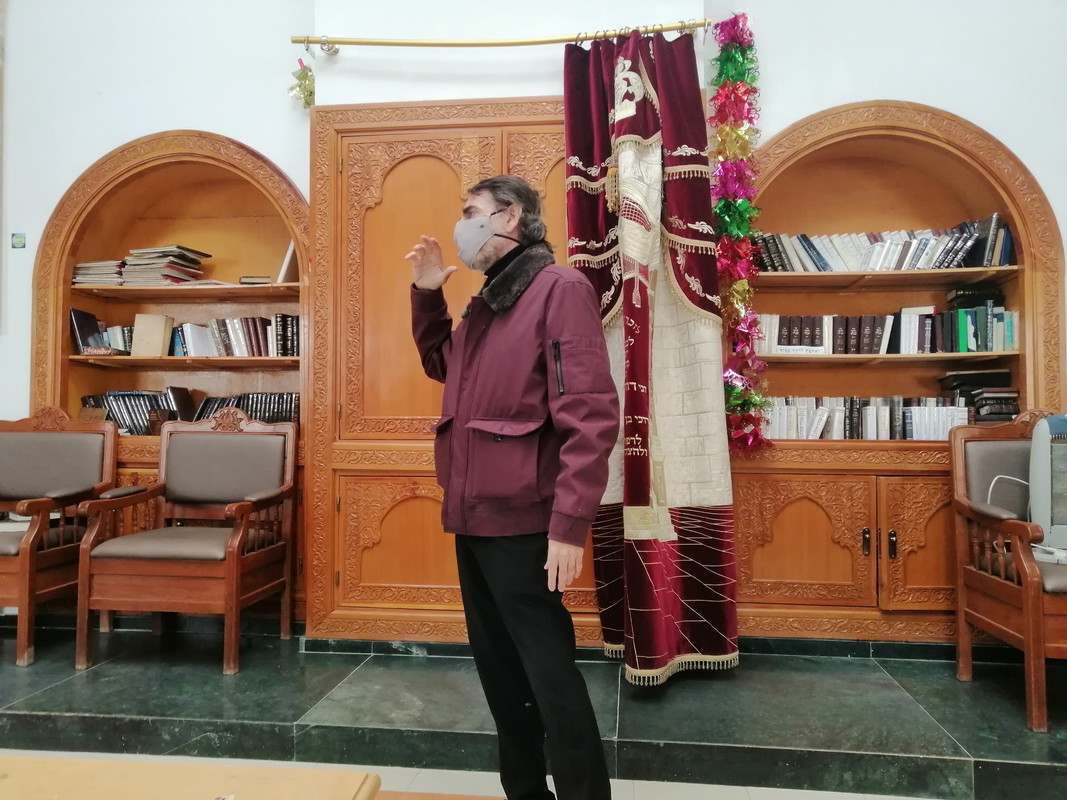 The magnificence of Moroccan policy is that it does not find its fulfilment by preserving, celebrating, and advancing religious and ethnic identities alone. Policies find their ultimate expression only when they are implemented in partnership with and in meeting the human development needs of local communities.  And in this regard, the nation is falling too short. This is not because of lack of interest or potential, but more simply because the capacities of how interfaith dialogue can lead to, for example, improved public health, are not well built or understood. Let me provide a commendable rural example of how “intercultural dialogue becomes a bridge for human development” as King Mohammed VI encouraged the nation in 2008 and has repeatedly since.

Case in point: Farming communities of Morocco’s countryside combine to require some billions of fruit trees and medicinal plants as they transition away from the traditional practice of growing barley and corn. In order for communities to generate the trees they need, they require the gift of land to grow seeds in local nurseries because they cannot forego their own land and not harvest food every year to survive. The Moroccan Jewish community, next to their 600 cemeteries throughout the nation, has empty lands they are willing to lend without cost to local agricultural associations and cooperatives to help them meet their tree and plant needs.

Moved by the killings at houses of worship of different faiths in different parts of the world – having in common that their congregants unwittingly and warmly welcomed their murderers – I presented this interfaith agricultural opportunity in a letter to King Mohammed VI of Morocco. He instructed the government to fund (through the National Initiative for Human Development) the building of the proposed tree nursery on land lent in-kind by the Moroccan Jewish Community in Ouarzazate. On November 5, the nursery that will produce 200,000 fruit trees from native seeds opened on a new, one-hectare sized agricultural terrace built on a mountainside above the 1,000-year-old sacred burial site of Rabbi David-Ou-Moché.

Officials in Morocco’s cabinet of the Minister of Interior declined the opportunity to receive additional funds from abroad for this project, preferring instead that it be financed and implemented entirely based upon Moroccan partnerships. There is globally poignant meaning that the Kingdom of Morocco expended public resources in order to build a needed organic fruit tree nursery for and by its people on land provided without cost by the Moroccan Jewish community. If this interfaith collaboration were brought to national scale, tens of millions of trees can be generated annually, an essential contribution toward achieving the imperative of alleviating rural poverty. The showing of this form of social solidarity is timely for Morocco; agricultural development is now a cornerstone of the country’s economic recovery plan in the face of the pandemic. Morocco’s uniting of intercultural dialogue with human development is critical for its own sustainable future as is its self-determined message an example to the world.

As exceptional as this nursery project truly is, it is also as rare. Morocco’s faith leaders must find it uncomfortable and unacceptable that the preservation of houses of worship and cemeteries, and even the celebrations of their expansively rich cultures, along with their required financial investments, occur in the midst of dense and debilitating poverty. Morocco should, for example, mandate that all restored historical mosques, synagogues, and churches be not only for their own sake and for that of international visitors and worshipers, but also as ongoing meeting grounds for local communities to jointly plan their development future, to participate in workshops that strengthen their capacities to design and manage new projects and forge partnerships, and indeed to be working spaces for community development, mobilization, and action. Finally, public leaders should strongly encourage conferences, associations, and initiatives that promote appreciation of Morocco’s multiculturalism, to be fully dedicated as well to the fusion of human development as central to their cause.

These approaches should be reinforced, including by training Morocco’s diverse religious, ethnic, and cultural leaders in facilitating multi-stakeholder planning. Their dialogue and collaboration should necessarily result in poverty-alleviating initiatives and growth, especially with women and youth. In order for religious and ethnic group representatives to reach that cooperative position, though, will require them to first strengthen their relationships through their own honest sharing of stories of fears and doubts of the other, and offering expressions of regret stemming from past discriminations should they be felt and needed to be said and accepted. Only then will the broadened and enduring basis be formed for cohesive partnerships to achieve sustainable livelihoods and environments. 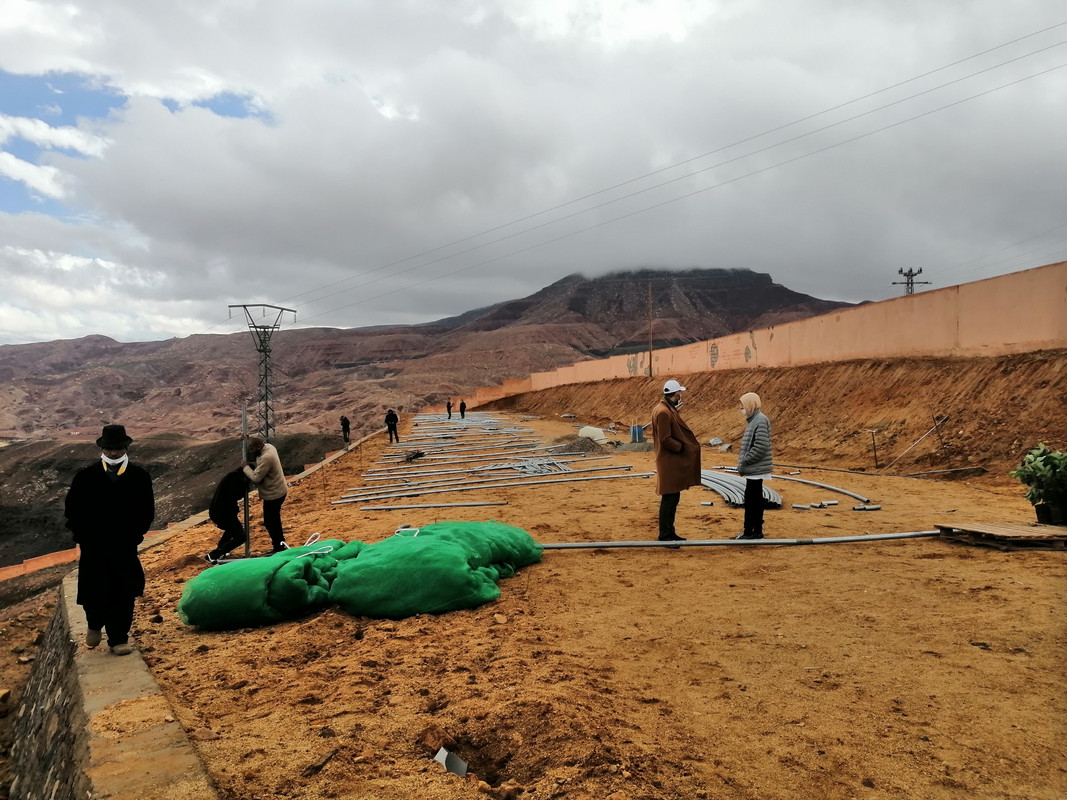 Even as Morocco has created a social and policy environment that sincerely encourages interfaith dialogue, partnership, and actions, it still requires the collective efforts of concerned people and organizations to manifest these opportunities that enhance local and national life. One of the barriers that keeps such projects from being implemented is the lack of third-party organizations that are simply dedicated to consensus building among the faith groups in order to forge the partnerships that result into jointly designed and managed cultural projects that are also educational and developmental. Civil society groups, with their flexibility to engage with people and agencies at all levels and sectors of society, can be exceptionally positioned and effective in this facilitative function.

It is for other nations to decide the lessons that can be informative from the Moroccan example. As an American, for example, now reflecting on the White House Faith Based office that coordinates community programs across nine federal agencies, I recommend – borrowing from the Moroccan case – requiring that funded activities incorporate interfaith collaboration to not only improve social sustainability and cohesion, but also to better secure protections of religious liberties for the people who receive social services from this government subsidy.

Working in what is actually the intended Moroccan way will not only be the truest safeguard of the multiplicity of the national identity, but enable its complete heralding of all the people of the nation because it indeed became the bridge to our highest selves.

Dr. Yossef Ben-Meir is President of the High Atlas Foundation in Morocco.

A New Nursery Is Coming to Life