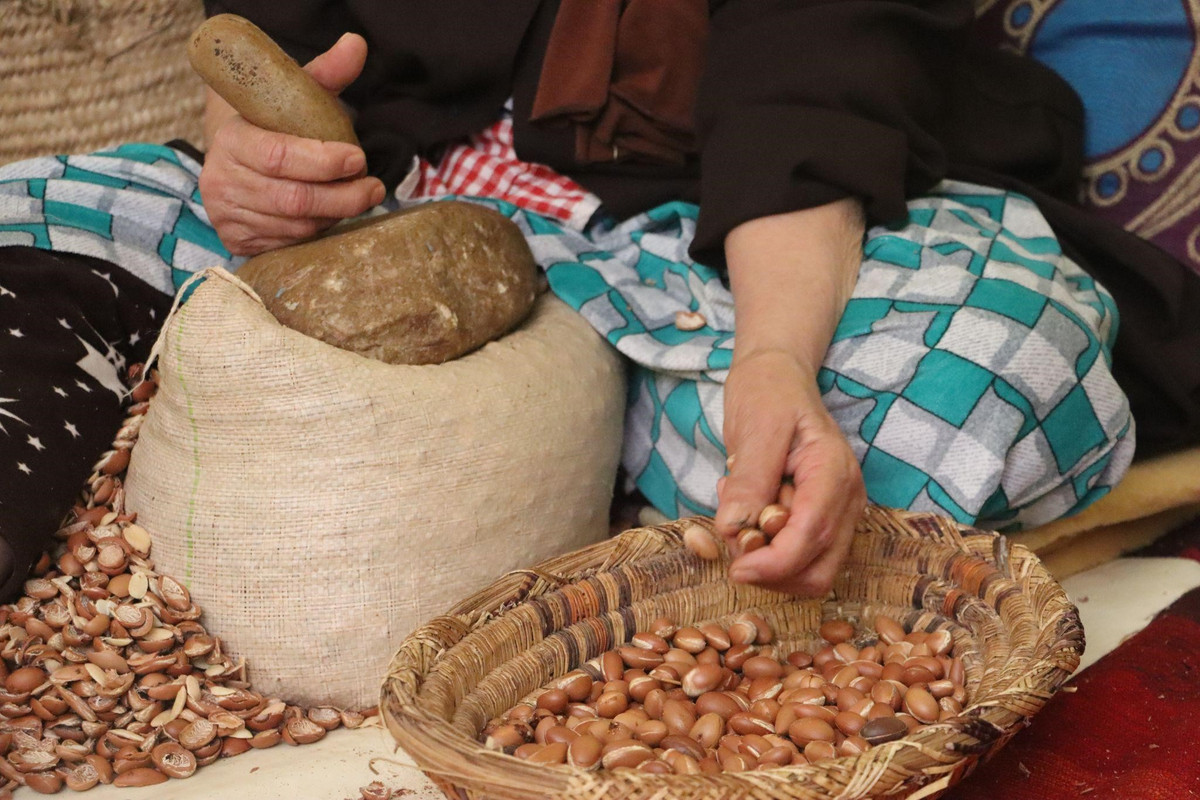 An emblem of the Kingdom of Morocco is the Argan tree (Argania Spinosa L.) and the oil produced from its fruit. One can see goats climbing on the hard, thorny branches of this tree to eat its fruit and leaves. Traditionally, farmers harvest the fruit during September, and they use its kernel either roasted or unroasted, depending on the purpose.

The local Amazigh population has made this tree, solely found in the Souss-Massa and Marrakech-Safi regions along the coast between Essaouira and Agadir, uniquely theirs. In a way, it has always served them and their animals with its many gifts, including significant medicinal properties as shown by scientific research, which has boosted its international prominence. 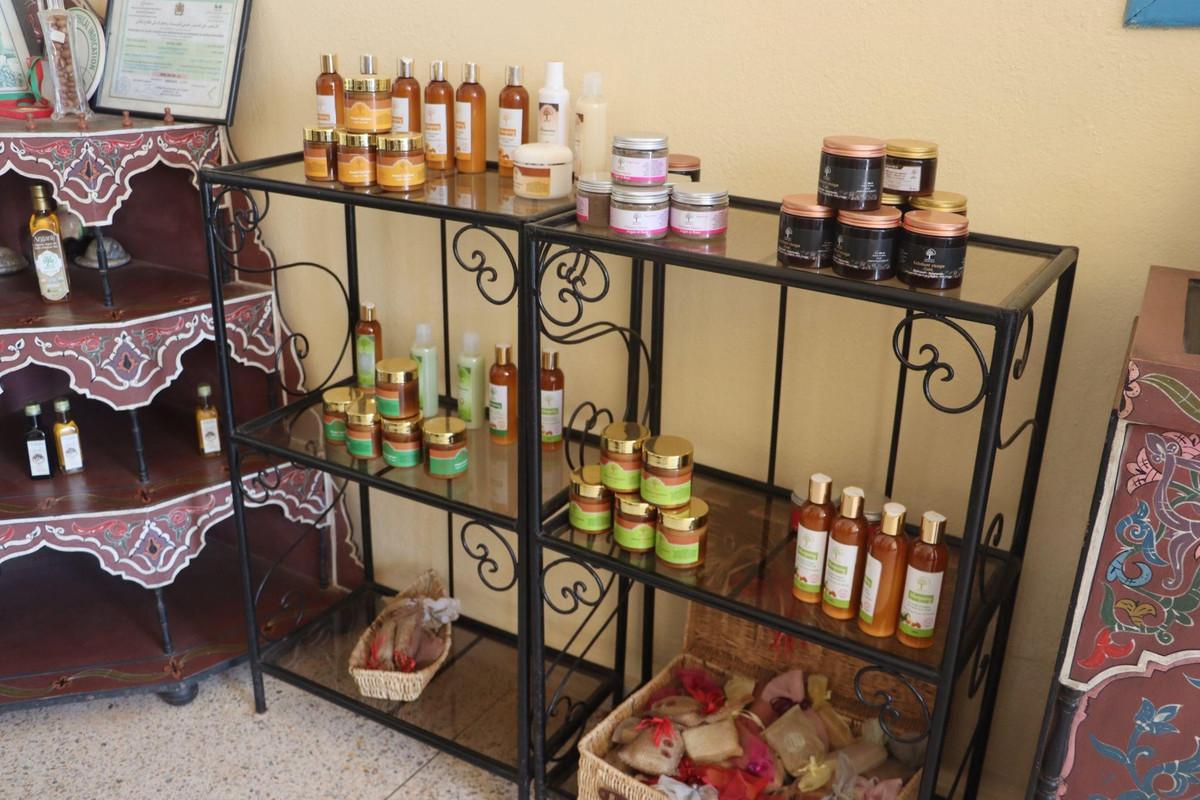 Argan consists of numerous fatty acids, vitamin E, and melatonin, which gives the oil a moisturizing effect as well as beneficial values to prevent aging of the skin. Moroccan women, and especially the Amazigh women of the Argan region , use the oil to protect themselves against the sun. Recent studies have shown that Argan oil contains properties that reduce the damaging effect of free radicals. Other studies have also determined to have found values in the oil that may prevent prostate cancer. Lastly, it also contains beneficial ingredients for treating eczema and acne, and it may also contribute to the prevention of diabetes.

In recent years, Morocco has evolved significantly in many regards. It is not only modernizing its infrastructure but also the role that women play in society. Argan oil has played a considerable role in this shift as  to support themselves and gain independence.

The High Atlas Foundation (HAF) is honored to help such women’s cooperatives to become established, to become self-sufficient, and to grow. We recognized the Argan tree to be an undeniable gift that ties deep-rooted tradition to the modernity of its medicinal values and propels Moroccan women toward an enhanced autonomy.

Today – May 10 – is the International Day of Argania. Argan is an important part of Morocco’s natural heritage. It is what the United Nations has called a “fundamental pillar for sustainable development.”

Argan has been an important part of HAF’s work for this very reason – it’s economic, social, and environmental benefits endure. We plant these trees with women’s cooperatives and with the outstanding support of international partners, notably FRÉ Skincare, UNDP, and Ecosia, and friends like you.

We invite you to watch and read more about how we celebrate Argan – and to plant this special tree with us in Moroccan communities.