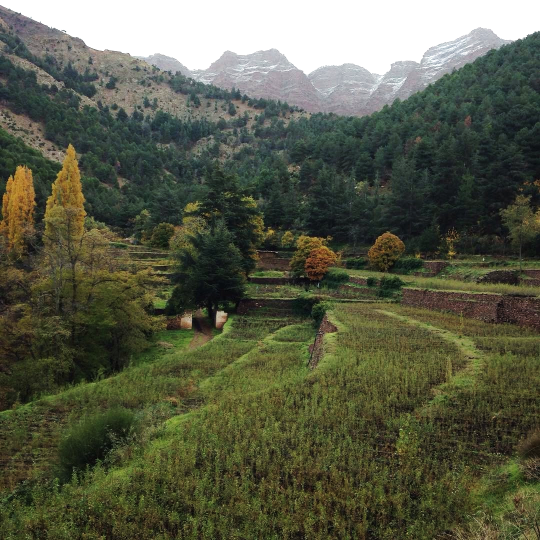 The Kingdom of Morocco announced a national strategy aimed at funding projects for climate resilience at the Africities Conference on Wednesday, which is currently being held from 20-24th November in Marrakech.

The “Sub-National Climate Finance Expertise Programme” is designed to be collaborative tool to create a centralised space for exchanging dialogue, expertise, training and experiences aimed at combatting climate change.

It is hoped that the programme will allow both donors and governments to increase their efforts for climate adaptation and mitigation, in line with the country’s commitments affirmed at COP21 and 22.

“Grain Vision Morocco” is a brand-new think-tank concerned with developing of the Moroccan cereals and pulses sector, particularly its harvest, import, storage and distribution. Pulses and cereals are key to Moroccan agricultural policy, due to their importance in national GDP.

The think-tank will work with a range of stakeholders using a participatory approach across the supply chain, with the aim of not only ensuring a consistent supply of product but also will work towards national food security.

Work to start in 2019 on Solar Plant in Tangier

The first project of its kind in the North of Morocco, the new solar plant located in the suburbs of Tangier will have a 30MW capacity over 69 hectares.

The energy generated is hoped to be able to power the entire port complex of Tangier.

The panels will be constructed at the Almaden Solar factory in Al Hoceima, the largest photovoltaic production factory in Africa.

The Al Boraq train, which will cut journey times between Tangier and Marrakech from 10 hours to 4 hours and 45 minutes, was inaugurated by King Mohammed VI and Emmanuel Macron, French president last week.

Trains will run at a maximum speed of 320km/h on brand new tracks built by national railway company ONCF. The project is expected to boost development and commerce in the region, particularly in the city hubs of Casablanca and Tangier.

The African continent is experiencing unprecedented growth- GDP is expected to triple by 2030 and over seven times by 2050- all of which will require significant investment in energy. There is potential here for low-carbon solutions and thus far, hydro, solar, wind and geothermal energy are underexploited across Africa.

The Moroccan Agency for Sustainable Energy, in combination with the French Development Agency, African Development Bank, the Renewable Energy Agency, the private sector and financial partners have launched an ambitious project to provide electricity access to 250 million people in the Sahel zone, as announced at the 3rd Energy Week held in Marrakech last week.

This partnership will aim to phase out fossil fuel subsidies, increase electrification from off-grid solutions and strengthen energy governance reforms.

Solar and wind energies are set to play a major role in this ambitious project, announced last week by King Mohammed VI, who stated that Morocco should increase its goal beyond a 52% share in renewables by 2030.

Construction should begin this month on the first of five wind energy projects in Midelt province, increasing currently installed wind capacity of 1GW. Blades will be supplied by a new factory in Tangier.

The King also stated that all new desalination plants should be powered by solar or wind energy, dependant on local specificities.

The majority of members of the Committee on Agriculture and Rural Development at the European Parliament voted for a renewal of the agricultural agreement between the European Union and Morocco. It also represented an adoption of extending trade to agricultural and fisheries products from Morocco’s southern provinces.

It is also able to store and produce electricity for 7.5 hours without solar radiation, thanks to its state-of-the-art molten salt storage technology.

Manon Burbridge is an Intern at the High Atlas Foundation and a postgraduate student of Human Ecology at Lund University, Sweden.

The High Atlas Foundation (HAF), in  partnership with the Bureau of Oceans  and  International Environmental and  Scientific Affairs within the U.S.  Department…