On Wednesday, December 22, 2021, the embassies of the United States and Israel in Morocco celebrated the first anniversary of the renewal of diplomatic ties between Morocco and Israel. The celebration was attended by several high-level profiles, including ambassadors, diplomats, religious leaders, and representatives of the political and cultural sectors.

The Kingdom resumed official relations with the state of Israel in December last year, two decades after the suspension of ties between the two countries following the second Palestinian Intifada. The Morocco-U.S.-Israel joint trilateral agreement is a historic moment that will allow for over one million Jewish Israelis of Moroccan origins to reconnect with their roots and visit the land where their ancestors have lived in harmony. But with the long-standing ties that have existed between the Kingdom and the state of Israel, the rapprochement highlights the country’s commitment to reviving and preserving its Jewish heritage, thereby contributing to lasting peace and interreligious coexistence in the region. 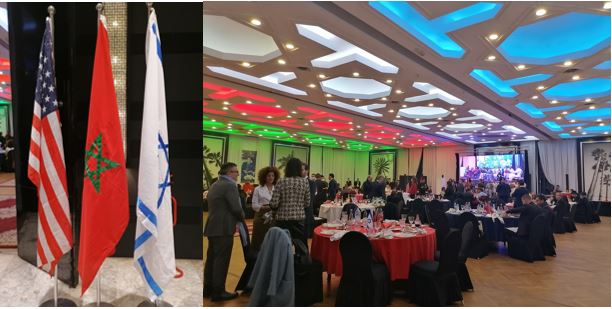 The Celebration of the 1st Anniversary of the Resumption of Israel-Morocco Relations at Sofitel Hotel Rabat Jardin des Roses. December 2021. Photo: Amal and Soukaina/ HAF

REMA Field Coordinators Soukaina and Amal and deputy chief of party, Laila Fathi, attended the celebration of the first anniversary of the resumption of Israel-Morocco relations. This special event was an opportunity to promote peace, coexistence, and interfaith as it was highlighted in the speeches given by the foreign ministers of the three nations during a previous video conference. This celebration was a manifestation of unity and togetherness. Invitees from different nationalities, speaking different languages and following distinct religions, were all gathered in this ceremony to celebrate their variability. 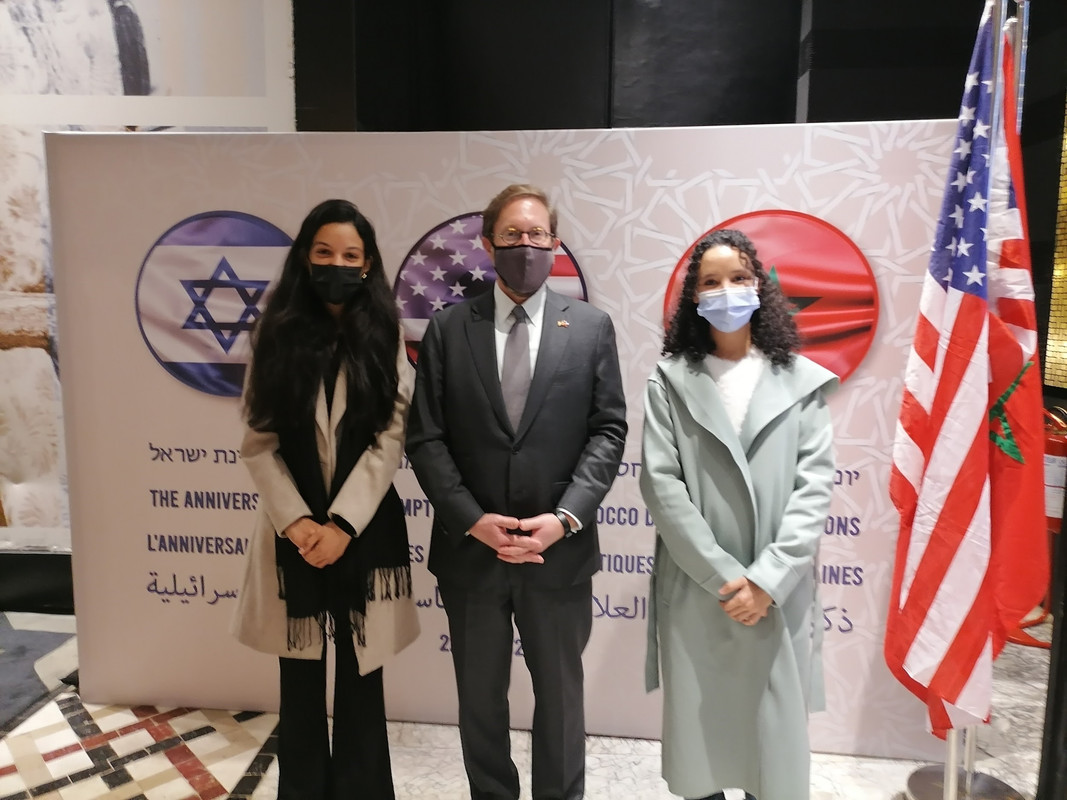 Mr. David Greene, U.S. Embassy Chargé d’Affaires and REMA Field Coordinators at the celebration of the 1st anniversary of the resumption of Israel-Morocco relations. December 2021. Photo: Amal and Soukaina/ HAF

As a pioneer of sustainability, amity, and concord, we were honored to represent the High Atlas Foundation and the USAID Religious and Ethnic Minority Activity (REMA) at such an event and continue to contribute toward the shared goals of raising awareness about multiculturalism, preserving the ancient Moroccan heritage, and reviving the values of coexistence and open mindedness.

It’s time to preserve and share the memories and symbiosis that characterized the life of Moroccan people, Jews, Christians, and Muslims, and this is going to be possible only by multiplying our efforts to implement more cultural activities and events.

Soukaina Kherdioui and Amal Mansouri are field coordinators for the USAID Religious and Ethnic Minorities Activity (REMA). REMA, implemented by the High Atlas Foundation and its partners, aims to strengthen inter-religious and inter-ethnic solidarity through community efforts that preserve cultural heritage in Morocco.

By Amal Mansouri, HAF Field Coordinator, REMA Pictures from different angles and neighborhoods of the old medina Morocco is renowned for its hospitality, diversity and multiculturalism. Out of…