In terms of sustainable human development, the story of Morocco – now celebrating the fifteenth anniversary of the accession of King Mohammed VI – is a highly compelling one.

It resonates for all developing nations that seek to chart a similar course of structuring their institutions to include an ingredient shown to be vital for success – that of popular participation. It is this component that makes the story not just one to follow but one that is already having a real and positive effect.

As the head of a Moroccan-American NGO dedicated to the Kingdom’s sustainable human development through the application of community planning, I cannot help but feel admiration for its monarch, who travels the country ceaselessly, officiating at the opening of innumerable small projects, who speaks the language of development and displays deep knowledge of its subtleties and synergies. Further, his stark public expressions of profound frustration at mismanagement and missed opportunities are hardly ever spoken by a nation’s leader.

It is the case that Morocco is at the forefront of the nations of the Middle East and North Africa in building democracy through development so that both flourish and organizing institutions so that this may occur across the nation’s urban centers and eleven thousand villages. However it is also true that the storybook outcome will not be achieved unless implementation is carried out more efficiently and to a much greater degree.

This thoughtful and strategic process, the foundations of which Morocco’s King started to set in place in 1999, incorporates numerous initiatives.

The challenge for Morocco lies in the implementation of these far-reaching and highly commendable initiatives, whose frustratingly poor execution is recognized by the King himself.

First, and rightfully, he dealt early on with the matter of political reconciliation. Implicit in the expression of regret for a difficult past was the understanding that unity was a precondition for shared development in the future.

Inclusion of all groups and viewpoints is also a prerequisite and here the revision of the family law (Moudawana), enhancing and protecting the status of Moroccan women within the family and in society, was critical. The preservation of Morocco’s multi-cultural heritage and its enduring balance of unity and diversity among people of all three Abrahamic faiths is another aspect of this principle’s application.

The amendment of laws governing civil society organizations simplified and made more accessible their formation process and enabled them to acquire domestic and international funding.

The stage was then set for the launch in 2005 of the National Initiative for Human Development (NIHD or INDH in French). This program provides the funding for local projects in the most marginalized urban and rural communities. Further, it encapsulated the King’s progressive understanding of sustainable development not merely as an environmentally-based issue but a wide-ranging process intertwined with a range of perspectives and factors – economic, social, political, cultural, technical and financial. Crucially, the King also understood that successful development had to be driven by the participatory planning method in order to incorporate all relevant viewpoints and respond directly to the needs of the people.

The INDH is an essential precondition for successful decentralization which, in the context of human development, would help address socio-economic, gender and other existing forms of stratification.

Finally, the King’s steadfast dedication to both the Maghreb Union and South-South cooperation is an important part the overall vision because it recognizes that within the context of globalization, regional ties and blocs are vital towards building human production and regulatory capacities that will enhance global ties and protect against more hegemonic powers.

Of the forty to fifty thousand organizations created since 2002, the majority are unproductive. Rural girls not continuing their education beyond the primary level remains the norm. Communities will only be able to take full advantage of the NIHD and other initiatives if literacy and capacity building are made higher priorities. This extends to local officials who are without the knowledge and skills needed to facilitate people’s participatory planning. Decentralization must move beyond concepts to implementation as a working, fluid reality involving independence from rigid central control.

Therefore this 15th anniversary is both a moment to commend – and to push forward resolutely. This means providing experiential training programs to produce the large numbers of community facilitators necessary to catalyze local human development. It also requires the hastening of decentralization to transfer power to the people beginning, as Morocco has decided, in the Western Sahara, a region vital to the Kingdom as a matter of national continuity.

The King’s vision should be lauded for what it is – a unique template incorporating today’s best ideas for progressive social change. Its implementation should occur with the urgency, investment and efficiency that it deserves for the sake of the Moroccan people and to serve as an alternative pathway for other countries.

by Dr. Yossef Ben-Meir, President of the High Atlas Foundation 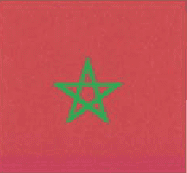 On this special day, the High Atlas Foundation wishes its friends and partners in the Province of Boujdour success in all their undertakings to advance human development in their communities.…