Monitoring of Fruit Trees in the Fès-Meknes Region 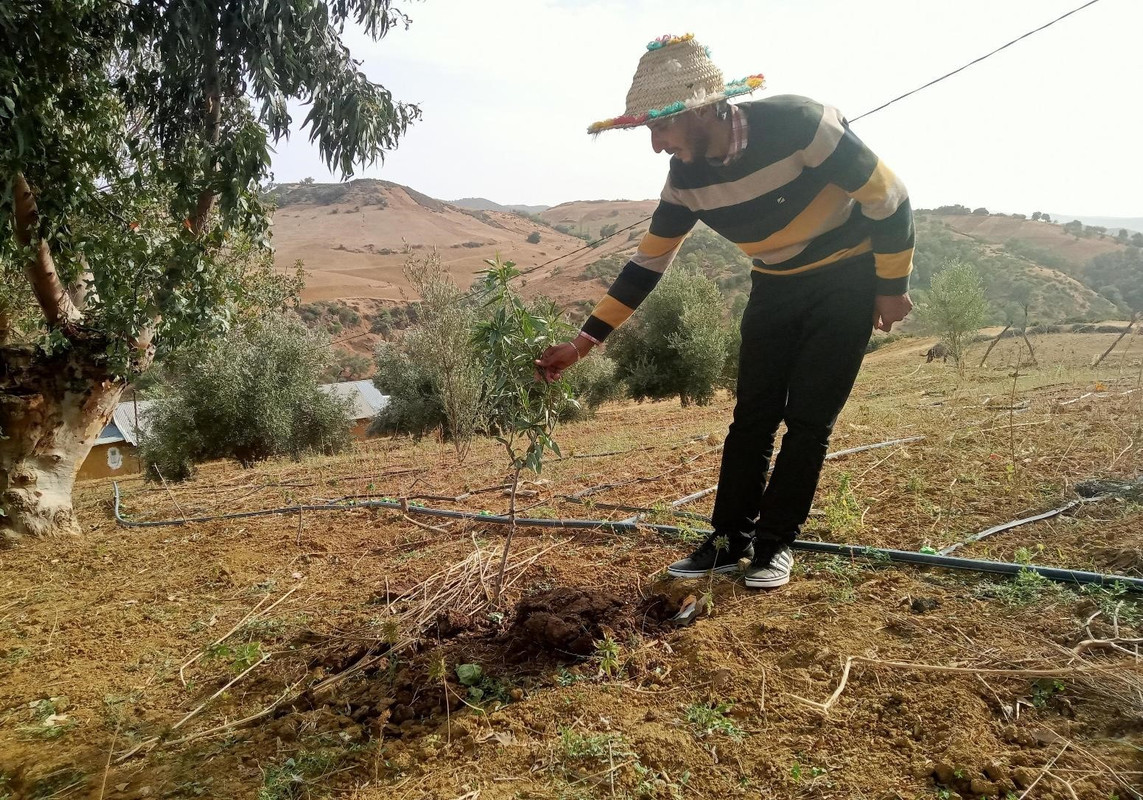 In coordination with the Al Mishaal and Rifak association, the High Atlas Foundation distributed around 2140 almond, pomegranate, olive, and fig trees in the province Fes-Meknes, benefitting more than 80 farmers from the region.

The project’s objectives are raising awareness among local community members about the importance of reforestation and its impact on the environment as well as developing the local economy by creating opportunities to generate income.

From November 14-17, a team visited the different tree planting sites and evaluated the condition of the previously planted trees.

There are plans to plant 200 trees in the Sefrou region next year.

As it can be seen in the picture, a  big issue some farmers are facing is trees being damaged by grazing animals.

The team receives many requests to monitor and evaluate fruit trees from different regions of the country. This shows that farmers are aware of the importance of the process, which indicates that the High Atlas Foundation´s efforts to raise awareness for it are successful.

The main aim of the HAF remains to provide people with the support they need to help themselves. It carries out important work to improve the environment and people’s livelihoods by helping them build a sustainable and reliable source of income. By Aleksander Esmann “Forest-based Landscape Management: The Lebanese Context” was the sixth webinar in a series of webinars on “Landscape Restoration in the Arab Region”, organized by FAO…