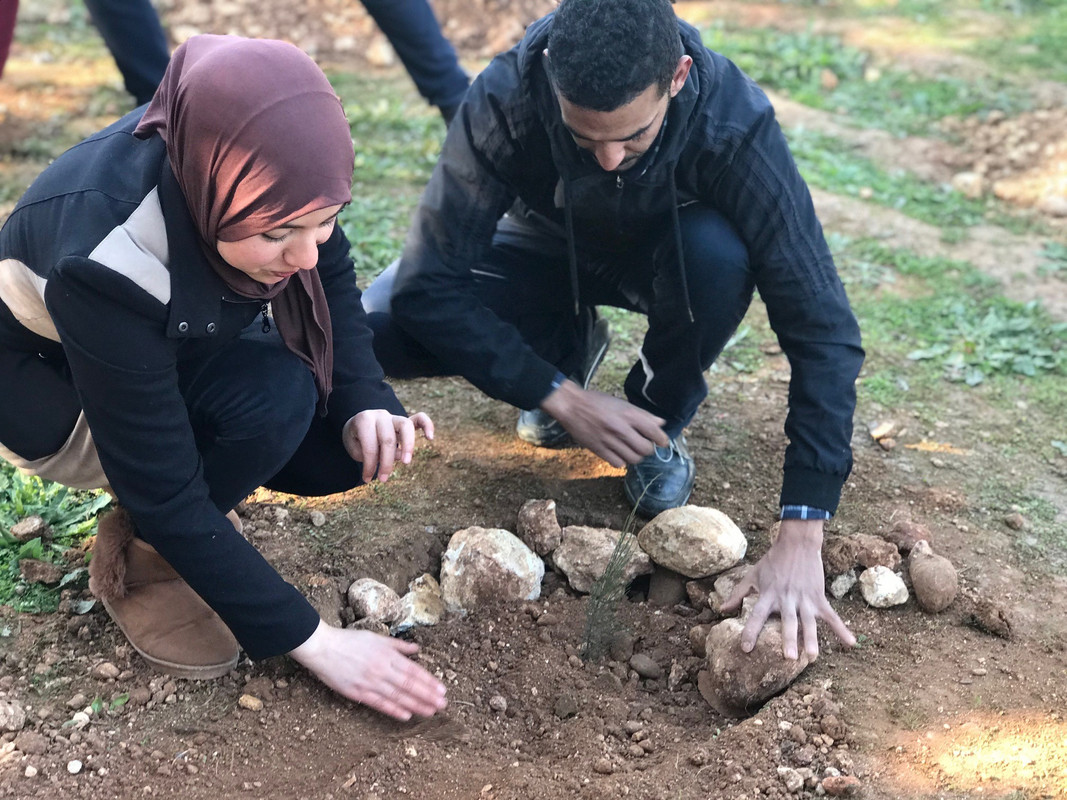 Law students plant a tree at the Faculty of Juridical, Economic, and Social Sciences in Fes, January 2020.

The topic of gender in Morocco is one of considerable debate among the people, and it can often be controversial. In order to make progress toward a Morocco that values and makes strides toward prosperity, progressive policies that have already been adopted by the government must not only permeate throughout society at the institutional level–they and the values behind them must be known, understood, respected, and also valued among Moroccans of all walks of life. The IMAGES study conducted by UN Women and partners in Rabat-Sale-Kenitra uncovered and proved a conflicted identity and stance among its participants who are found caught between progress and traditional outlooks in regard to gender, gender norms, gender equality, women’s rights, relationships, health, work, and education. Nearly half of participants indicated that gender equality has no part in the traditions and values of Moroccan society; however, more than half agree that more needs to be done to promote egalitarianism. Among several alarming figures, 58 percent of men and 49 percent of women believe that gender equality has already been achieved in Morocco.

Because the IMAGES study found little to no delineation in beliefs between the older and younger generations, it is imperative to engage young people in awareness raising activities which promote understanding of: (1) the importance of gender equality to achieve a better Morocco, (2) the necessary role that men and boys must play in the effort to achieve gender equality, and (3) the reevaluation of what is means to be a man in Morocco (and globally). To achieve this, it is also necessary to speak to the true role of gender in Islam and its sacred texts. As the Qiwamah study conducted by UN Women in partnership with Rabita Mohammedia des Oulamas demonstrates, for example, often traditional interpretations of Islamic law, which are commonly preached and internalized by the people, contribute to false notions of gender that result in a widespread socio-cultural mindset which ultimately impedes true progress for an egalitarian Morocco, regardless of the adoption of national policies that aim to advance this very concept. HAF advocates for gender equality and women’s rights in Morocco based on its empowerment methods and the Islamic approach, combining human rights and promoting personal growth and socioeconomic independence. Gender equality isn’t solely a women’s issue. It’s a human issue which will guarantee basic human rights for all people once achieved. Thus, youth (and adults) of all genders must organize and advocate for a stronger, healthier society.

The High Atlas Foundation (HAF) seeks to engage all people in the process toward Morocco’s sustainable development. It works primarily, but not exclusively, with rural communities who rely on agriculture for livelihood. HAF programs are diverse and engage people of various backgrounds and levels of influence, from their own local and household-level spheres to that of the national policy making level. It works with cooperatives, associations, and education institutions, targeting women, youth, farmers, and students of all ages–from the primary to the university level (and maintains eight university partnerships across the country). HAF eagerly promotes a gender-equitable development landscape in the country by prioritizing women’s role in development and holistically engaging communities in empowerment efforts. It aims to amplify voices that have been traditionally excluded from decision-making in their homes and communities, and even at the national level.

HAF has, since 2017, conducted 28 Empowerment workshops that are 32 hours each. A total of 755 participants, predominantly women, have benefitted from workshops in Marrakech, Al Haouz, Azilal, Boujdour, Essaouira, Mohammedia, Oujda, Taroudant, and Magouna. As a result, nine new cooperatives were established, which together include 106 members. The program is designed to empower women and girls resulting into sustainable development activities, by focusing on the following categories: money, work, emotion, relationships, sexuality, body, and spirituality. After the personally strengthening and vision-expanding experience, the participants are in an improved position to analyze their social and environmental conditions and identify opportunities that reflect their individual and group interests to which they will dedicate themselves.

Evaluation results show that of the 106 jobs (in the agro-food, artisanal, and clothing sectors) that have been created, 103 (97 percent) are women. These women have said that the cooperatives’ economic activities help them cover their household expenses, such as food, clothing, and utilities. In addition, the workshops created nine jobs for teenage girls in the private and public sectors. Seven girls returned to school due to their participation in the workshop. Since 2009, HAF conducted experiential training workshops with students of eight Moroccan universities in participatory development and empowerment, legal aid delivery, and project management and evaluation, strengthening the capacities of 3,000 people. HAF projects and work result in employment, increases in household income, social inclusion, education, well-being, and lifetime skills, impacting the lives of more than 150,000 people, mostly in the agricultural sector.

Because of its success to inspire underserved women and youth to build income-generating cooperatives, the organization has begun to integrate these workshops across its programs. Recently, the workshop curriculum has also been adapted for a male audience in an effort to promote a more holistic approach to gender work and rights-awareness in Morocco. It is also currently being adapted for an adolescent audience to be facilitated in Child Protection Centers. HAF’s staff boasts three female and two male staff members who have not only been trained in this empowerment curriculum, they have also experienced transformations within themselves and their workshop participants around Morocco.

The organization aims to create a network of motivated Gender Youth Advocates in target regions across the country who understand themselves and are galvanized to play an active role in the process toward a more egalitarian, and thus prosperous, Morocco.

Haf: 20 Years for the Fulfillment of the Moroccan People