Students, clinic staff, and facilitators pose for a photo following the technical training on migration and asylum practices in Morocco.

On Saturday, November 14, 2020, the newly inducted cohort of student clinicians in the Legal Clinic housed at University Sidi Mohamed Ben Abdellah’s Faculty of Economic and Social Legal Sciences in Fes attended one of several training sessions organized by the High Atlas Foundation that is designed to prepare them to become clinicians who provide pro bono legal aid to marginalized populations in the Fes-Meknes region. The training was facilitated by an expert and researcher in the field of immigration and asylum, at the doctoral center at the Faculty of Economic and Social Legal Sciences.

The training began by defining the legal framework of migration law in Morocco and the articles that govern it. The facilitator gave an overview of the immigration situation in Morocco as well providing context with statistics. The facilitator shared that approximately 6 million Moroccan immigrants live abroad while Morocco is home to approximately 50,000 irregular migrants and 85,000 regular migrants. There are 1663 asylum seekers registered in Morocco.

The facilitator highlighted the importance of the protection of migrant workers, citing that 3.2% of Morocco’s population are immigrants, according to the International Organization for Migration. The fragile position of immigrants was also discussed during this session — the facilitator pointed out the difficulties that a migrant will face in a host country. He cited Laws 143 and 97, which provide protective solutions and have been revised according to the needs of immigrants. He also noted Law 118, which sets a provision for equality and fair treatment for migrants in Morocco.

Another key point addressed during this training was the increase in clandestine migration to Europe through Morocco. The facilitator discussed Morocco’s situation as a major crossing point into Europe for irregular migrants, which simultaneously increases the risk of terrorism. Due to the fact that Morocco is a transit country for irregular migrants, Morocco has been transformed into a “gendarme” for Europe, thus experiencing increased pressure. Morocco has partnered with European countries, such as Spain, to work towards decreasing the number of irregular migrants leaving Morocco.

Having addressed the general topic of migration, Mr. El Makouti then discussed asylum in Morocco. According to the international and national framework related to migration and asylum, Articles 26 and 29 grant the right for pregnant women and children to seek asylum in Morocco. The facilitator also discussed the severe financial and custodial penalties for irregular migrants and those who organize irregular migration. He also discussed the convention in 1961 that stipulated the right to statelessness, which is a special protocol that serves as the basis for the acquisition of nationality in Morocco.

This technical training is crucial in the preparation of student clinicians’ work in advising local communities on legal matters, Morocco’s migrant community in particular.  Learn more about how you can support their efforts here.

The High Atlas Foundation is working in partnership with the Faculty of Economic and Social Legal Sciences at the University Sidi Mohamed Ben Abdellah (USMBA) in Fes to operate and grow a Law Clinic and Legal Aid program which actively engages students in experiential and service learning for the benefit of marginalized communities in the Fes-Meknes region. The project is funded by the National Endowment for Democracy (NED) and the U.S.-Middle East Partnership Initiative (MEPI). Law students engaged in the entrepreneurship training at University Sidi Mohammed Ben Abdellah As part of International Entrepreneurship Week, the Legal Clinic (CJFD) of the Faculty of Economic… 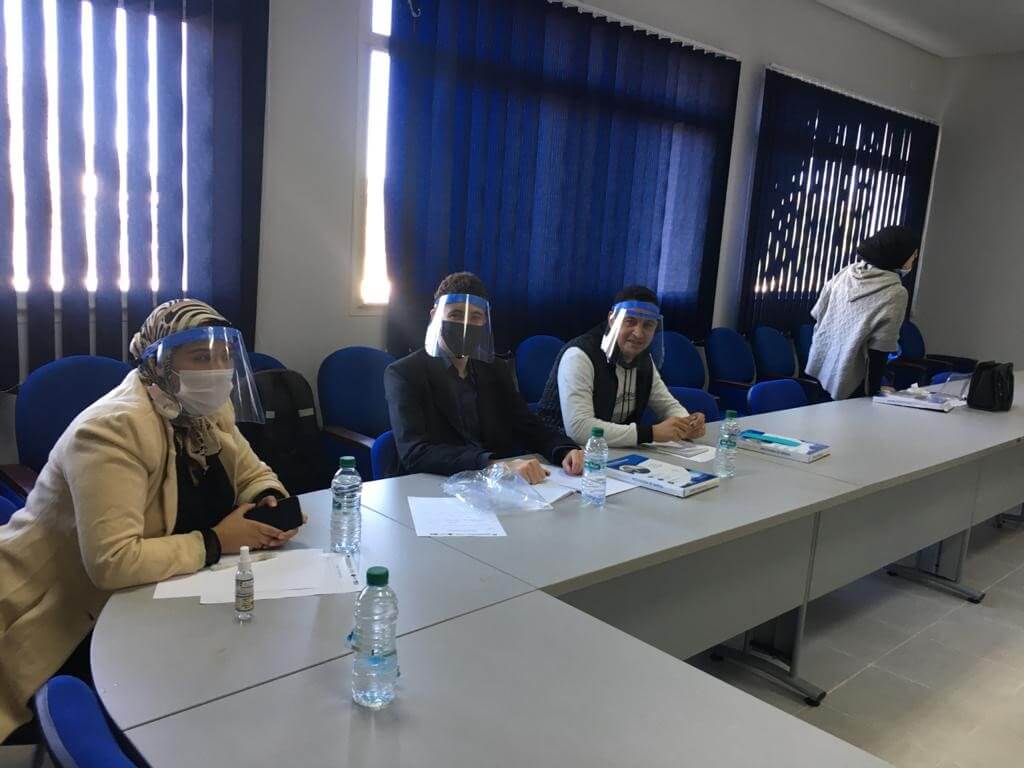 Students at University Mohamed Ben Abdellah’s Faculty of Economic and Social Legal Sciences participate in a training on migration and asylum practices in Morocco. On Saturday, November 21,…