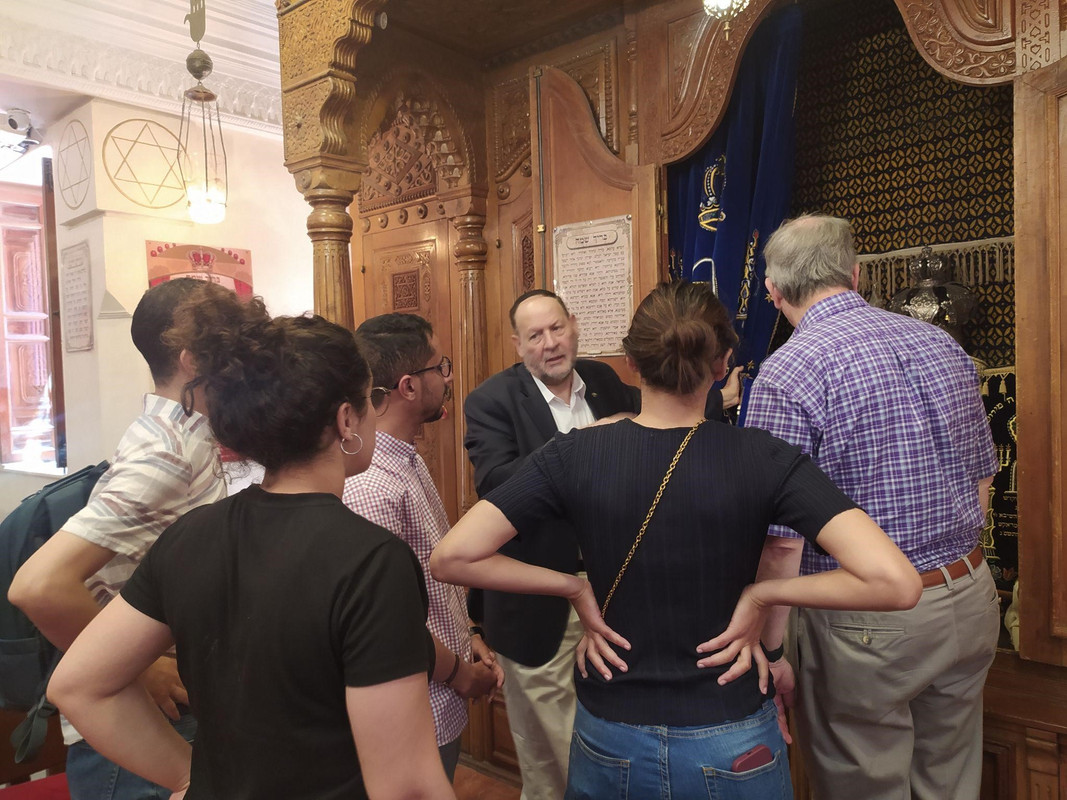 In May, I participated in a field visit in Marrakech with fellow Dakira teammates and colleagues from the American Society for Overseas Research (ASOR), a High Atlas Foundation partner who is also implementing a project to document sites of Morocco’s diversity.

We started our journey by visiting the Jewish synagogue in Gueliz, the newer part of the city. During the drive there, I collected some ideas about the place from my colleagues, which created in me a sense of curiosity to know more about it. It wasn’t my first time being inside a Jewish place of worship; I had already been to the old Jewish school in Sefrou with its small synagogue inside. But I was sure that this visit would be interesting as we would be meeting the President of the Jewish Community of Marrakech-Safi, Mr. Jacky Kadoch.

Mr. Kadoch told us a very interesting story about the Moroccan Jewish people, sharing his personal experience of how he grew up in the Mellah of Marrakech. While listening to him, I felt that his story took me back to the past of Morocco when Muslim and Jewish people shared the deepest meaning of “Moroccaness.” I was very impressed by his way of speaking Darija, which reflects his Moroccan identity. He also shared both the stories of the Jewish people who first came to Morocco after World War II and the creation of the synagogue after Morocco’s independence. He showed us around the spaces where men and women pray. Despite being in the same prayer place, they are separated by a wall, so they cannot see each other, which is similar to how Muslim men and women pray at the mosque. 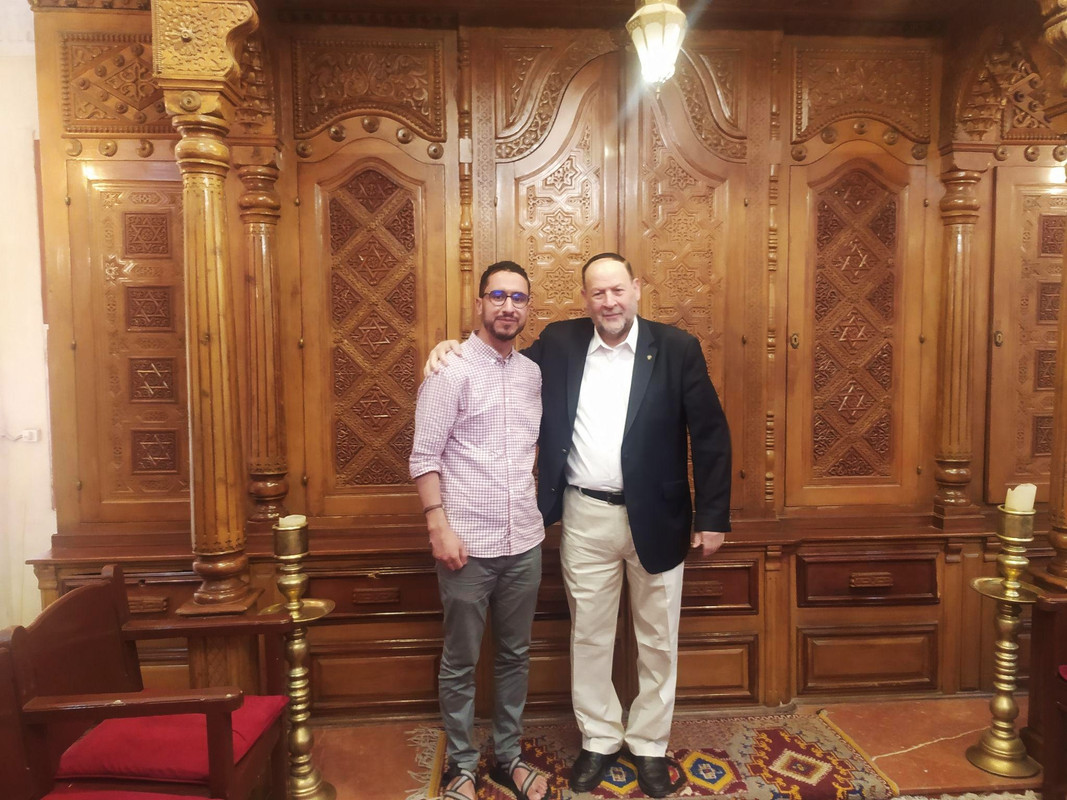 Mohammed Chadli and Mr. Jacky Kadoch at the Gueliz Synagogue, May 2022. Photo: HAF

Mr. Kadoch explained the main responsibilities of being a Jewish community leader, which is not an easy task. We learned from him that every prominent city in Morocco, like Fes, Rabat, Marrakech, Casablanca, and Essaouira, all have a Jewish leader to represent it and ensure it is taken care of. He said that these leaders are playing multiple roles in the preservation of the Moroccan Jewish heritage and safeguarding it for the next generation, as we cannot talk about the memory of Morocco without mentioning the Moroccan Jewish component that is well represented in the Kingdom’s architecture, food, music, and clothes. I realized then that the tangible and intangible heritage of Morocco is like a bird that cannot fly without its Jewish wing.

After an interesting conversation with Mr. Kadoch, we went out to the synagogue’s courtyard for a training session with ASOR. Mrs. Hanan led the workshop with the help of Abdelkarim, HAF GIS Specialist. They trained the rest of us on how to use the data collection application KoboToolBox in practice. The synagogue was our target site location, and the exercise was very fun and beneficial for us. It is a skill we will be able to apply at other sites, including as part of the USAID Dakira program to collect data and preserve and further map the memory of Morocco’s multicultural heritage.

Mohammed Chadlii is a field coordinator for the USAID Dakira program and is currently based in the Fes region. Dakira, implemented by the High Atlas Foundation and its partners, aims to strengthen inter-religious and inter-ethnic solidarity through community efforts that preserve cultural heritage in Morocco.

Ryan Winegardner, UVa/HAF student intern There was a holiday atmosphere at Al Mansour Eddahbi Middle School when the HAF team arrived on the 26th of May, 2022. Children…