A mother language is the language of the heart. 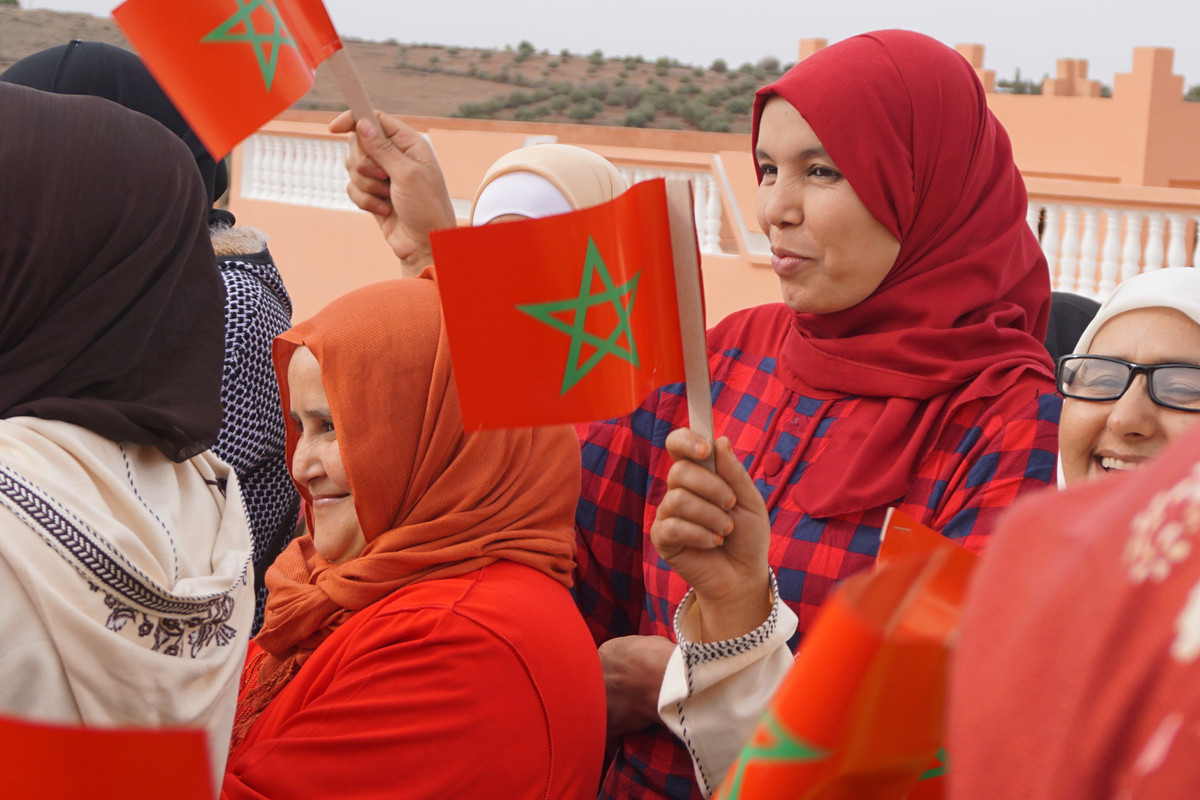 This Mother Language Day the High Atlas Foundation celebrates the people of Morocco and recognizes the importance of human connection and understanding to achieve sustainable development.

We are able to express ourselves in our mother language unlike any other. It’s where our deepest contemplation takes place; it’s often the language of prayer and the language of friendship and love. And so, too, are second languages, as well as third, fourth, and fifth languages. With each new language acquired, one learns a new way to express appreciation, give directions, or share ideas and stories. Multilingualism then is not just a skill, but an opportunity to acquire another perception of the world. It provides opportunities for cultural exchange and understanding, with the potential to bridge divides and bring people together. Moreover, multilingualism safeguards against the loss of ancient and endangered languages across generations – languages that root us in identity and afford us the purest expression of self that is attainable.

Today, the High Atlas Foundation (HAF) commemorates International Mother Language Day, which was proclaimed by the United Nations Educational, Scientific and Culture Organization (UNESCO) in 1999 in order to “to promote the preservation and protection of all languages used by peoples of the world.” Indeed, such a day demands our attention, reflection, and action – no matter where in the world we find ourselves. Here in Morocco, where HAF works with local communities to advance sustainable development, respect for mother tongue and the institutionalization of multilingualism is of the utmost importance. Multilingualism can and should ensure inclusive and rights-based processes, programs, and policies that promote a level of people’s participation – in decision-making, education, and the labor market – that ultimately creates the basis for the long-term development they seek.

During participatory community meetings – whether in a village, neighborhood, school, or in an agricultural field, HAF strives to speak the everyday language of the people who live there. This can prove challenging in Morocco given that several languages are spoken across the country, both official and vernacular. However, with more than two decades of development experience in Morocco, HAF knows that in order for a project to be sustainable, participants, beneficiaries, and stakeholders must be involved in each step with increasing ownership, from the initial data gathering and planning to implementation and monitoring.

This process begins with exploring collectively and individually what the people most want for their lives – to identify and prioritize their greatest and most immediate needs and goals. For this critical first step to be as authentic as possible, which enhances the probability of long-term success, it is then absolutely necessary to create and provide space for dialogue in the mother language of community members. When people share their experiences and challenges, their conversations must not be hindered by considerations for grammar and pronunciation. They must instead provide space for honest introspection and expression. So, in an undeniably true way, the ability to express ourselves in our mother tongue is equated with sustainability.

Multilingualism: A Representation of All People, A Responsibility for Institutions

The idea of multilingualism and its benefits is ancient. In the Jewish tradition, early courts had 70 judges. According to the Jewish understanding at that time, there were 70 mother languages in the world, which formed the basis of its hundreds of thousands of dialects. In the courts, each of the 70 judges would be proficient in one of the mother languages – though it was understood that they would be able to speak all 70. The symbol of having 70 judges meant that an issue in the court would be considered from the perspectives of all the world’s languages, each providing a unique and nuanced interpretation. This structure intended to guarantee a more comprehensive understanding of the issue at hand and a more just path toward resolution. This historical understanding and institutionalization of mother languages is vital and a lesson that must be applied today.

According to UNESCO, 43 percent of today’s nearly 6,000 languages are endangered, one lost every two weeks along with its own history, culture, and heritage. For much of the 20th century and prior, governments across the world imposed their language on indigenous people, often through coercion. It is estimated that 100 aboriginal languages in Australia, for example, have disappeared since European settlers arrived. Further, studies have shown that language suppression negatively impacts health and school performance. So then, it is vital that we protect languages, in particular those which carry the last breaths of dying cultures and the living essence of oppressed peoples. This endeavor requires institutional and political support from all levels of a country’s administration.

On an institutional level in Morocco, recent years have welcomed progress toward official recognition and preservation of the country’s indigenous Amazigh languages. In 2011, the new constitution formalized the use of Tamazight as an official language, and it is now taught not only in primary schools, but universities as well. The use of its script, Tifinagh, now appears on signs and official documents. With the creation of the Royal Institute of Amazigh Culture, further efforts are being made to continue the development of Amazigh culture and languages throughout Morocco.

Today, HAF promotes multicultural and multilingual engagement, dialogue, and development throughout its programs. Individually and collectively, we have to try – through practice, through experience, through real situations of utilizing languages. We see the benefits of multilingualism come through at the Legal Aid Clinic housed at the University Sidi Mohamed Ben Abdellah in Fes. Through their work with migrants and other displaced peoples, student clinicians are able to communicate fluently with displaced peoples and provide pro bono legal aid so that they may thrive in their new environment.

On this day, we are appreciative for our mothers and our mother languages in the very best way we’re able. And we dedicate ourselves to sharing and remembering our languages, which help us connect with others and enact real change in communities across Morocco and the world.