Living Together: Religious Coexistence in Morocco

The fascinating site we came across is located in Erfoud, a small tranquil town in the southeast of Morocco, about 70 km from Errachidia. Our visit was initially aimed at monitoring fruit trees distributed to farmers from the region as part of the 1 million trees campaign launched by the High Atlas Foundation (HAF) and its partners. But we were struck by the region’s long lasting rich history, filled with neighborhoods, Ksours (fortified villages) and cemeteries. Everything suggested that we had set foot in a unique town. We were at the heart of Moroccan Amazigh, Jewish, and Arab history, as well as Morocco’s African roots. Erfoud is an ancient town that is characterized by its natural diversity, teeming with palm trees that cover large parts of the region. Erfoud is also considered the largest oasis on the African continent. In addition to that, the town is known for its rich historical, cultural and religious diversity, which we witnessed during our visit. This diversity has long existed with mankind, helping us to remember that the hallmark of humanity lies in embracing differences that gave birth to multiculturalism and religious diversity.

The Jewish cemetery was what caught our attention the most. We were moved by the poor conditions of a cemetery considered part of our country’s rich heritage. We discovered the existence of this site thanks to our constant communication and collaboration with the locals from the region. While discussing programs that the High Atlas Foundation implements with its partners as well as its areas of competence, we came to know about the existence of the old Jewish cemetery in the region dating back to the pre-colonial period. Accompanied by members of Ghaith Al-Khair cooperative, we headed toward the two-hectare cemetery located next to Oued Ziz (Ziz River) and where Jewish people of all ages—men, women, children, as well as Sheikhs (Chiefs of Tribes)—were buried.

A wise man who joined our tour spoke of the graves, referring to the richness of the Moroccan peoples’ oral history. “The death of a Sheikh in North Africa is like burning down an entire library.” Among the graves, we noticed Hebrew inscriptions on tombstones. It was sad to see how neglected and abandoned the cemetery was, which had resulted in areas of the cemetery where remains of the deceased had resurfaced. It felt like total disrespect for the dead. We were truly moved by the situation, knowing that all religions pay special attention to respecting the remains of the deceased in general, Jewish teachings in particular.

As a young Moroccan, I was struck by what I witnessed, and as a Muslim who respects all people regardless of their religious, cultural or intellectual and ideological backgrounds, I couldn’t close my eyes to the situation. Considering the sanctity of the Jewish burial tradition, it was an ethical and national duty to figure out ways to restore the sacredness of the dead in an attempt to revive the Jewish-Moroccan culture, as well as historical and civilizational ties. In fact, I was not the only one who had felt this way; even the locals and civil society actors were moved by the deteriorating conditions of this historical site.

Given this unfortunate situation, I started by deliberating with the civil associations in the region to get more information and data about the site. We were able to coordinate with Ghaith Al-Khair cooperative and have a meeting with its president Zakaria Al Khmari. During our meeting, we agreed on how the current situation poorly reflected the image of the region’s culture and population that is normally characterized by togetherness and coexistence. After our discussion, it occurred to us the urgency of the implementation of the first phase, starting with the restoration of the ruined graves as a respect to their spiritual value and sacred character. Hence, with the support of the High Atlas Foundation, a project to organize workshops to restore the entire cemetery is planned.

What Erfoud has witnessed throughout time is the reality of cohabitation and interfaith concepts in real life. These values were instilled in Moroccans a long time ago. We inherited them from our ancestors and it is our duty to transmit them to the future generations. Throughout this unique experience, I had the chance to make sense of the importance of these values.

Furthermore, we were so pleased to see how youth in the region were engaged and worked together with Ghait Al Kheir cooperative to help restore the graves. Once again, this made me realize the importance of solidarity. Working together to implement this activity will allow us to, first, preserve human dignity and to contribute to the preservation of our tangible heritage. Thus, we are participating in revitalizing and maintaining Morocco’s diversity relating to languages, dialects, faiths, ethnics and tribes. The ultimate objective is to shed light on Morocco’s heritage and help preserve our country’s legacy. 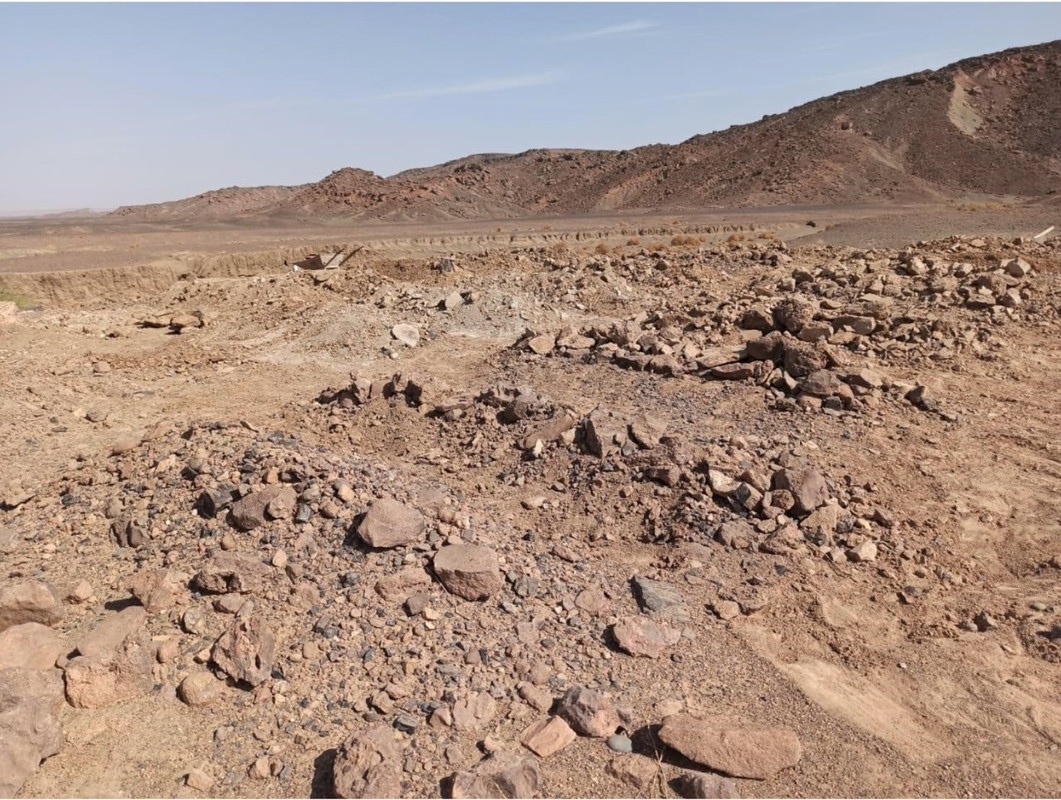 Additionally, the experience revealed the vulnerability and fragility of this region’s structures. It was truly a touching experience, through which I have determined much more must be done in order to preserve Morocco’s many identities. It also dawned on me that religious and tribal affiliations are threatened if we don’t come together to realize that, as citizens, it is our responsibility to preserve our country’s heritage and history as it belongs to us all.

Mohamed El Kadiri is a member of the Moroccan Youth Conservation Program supported by the United States Forest Service, implemented by the High Atlas Foundation in Morocco.

The USAID Religious and Ethnic Minorities Activity (REMA), implemented by High Atlas Foundation and its partners, aims to strengthen inter-religious and inter-ethnic solidarity through community efforts that preserve cultural heritage in Morocco. Read more REMA updates and stories on the HAF website, and browse REMA program photos on Flickr.

By Amal Mansouri, Cultural Field Coordinator IMAGINE workshop in El Menzel, 2021. Photo: Zineb Mallouki/HAF The answer to the questions who you are, or what you identify as…

By Amal Mansouri, HAF Field Coordinator, REMA Pictures from different angles and neighborhoods of the old medina Morocco is renowned for its hospitality, diversity and multiculturalism. Out of…