Khayzuran – the slave who became a queen 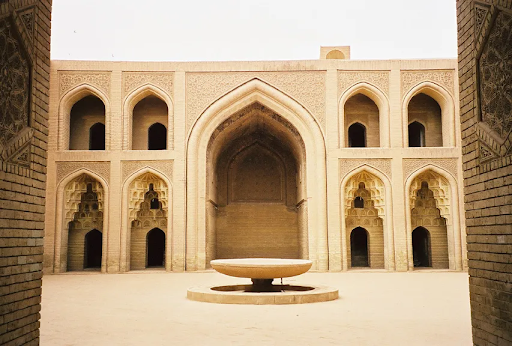 Khayzuran was an exceptional and extraordinary woman, who rose from the status of slave to that of queen mother. She was the power behind the throne of three caliphs and had a major, albeit hidden, impact on the politics of the caliphate as well as the private affairs of the court (Adam Ali).

The name Khayzuran means “bamboo“ and symbolizes “both beauty and suppleness, and also a deceptive fragility“ (Fatéma Mernissi). Moreover, Khayzuran was known for her diligence and intelligence, and later for being the shadow ruler throughout three reigns.

Khayzuran was born as a free Muslim in Yemen, and some sources even suggest that she was of Amazigh heritage. She was kidnapped from her home and then sold to become one of the favorite and most influential slaves of Al-Mahdi, the third Abbasid Caliph, who reigned from 775 to his death in 785.

In former times, the so-called “jaryats” were slave girls and through their roles within the harem acquired a great knowledge of artistic skills and intellectual knowledge by which they could entertain a man. In a time of little social mobility for both men and women, jaryats were able to gain great influence politically but also economically. Some ran their own enterprises, and some rose to high positions at court.

Khayzuran was not the first jarya to have a great influence on a Caliph. The jarya Hababah was brought to the harem of the Caliph Yazid II. When she died choking on a pomegranate seed, the story goes that Yazid was so affected by her death that he refused to see anyone for a week. He neglected his duties and died not long after. His neglect of state affairs caused men to deem Hababah as “an enemy of God and a seductive demon.” However, in other texts, like The Book of Songs by Abi al-Faraj, Hababah was described as a poet, musician and intelligent woman.

Jaryats like Khayzuran rose to the top of the harem and amassed a great amount of wealth and power, only second to the caliphe, during a period when most women had little power. She had such an influence on him that she was able to convince him to name her sons, Musa al-Hadi and Harun al-Rashid, his heirs and make her his legitimate wife. Khayzuran also ran numerous enterprises and factories. On her pilgrimages to Mecca, she was generous and charitable with the poor, purchased the house of the Prophet (PBUH), turned it into a mosque, and dug drinking water wells. (Adam Ali)

Although she had to exercise her will and power through men (her sons and husband) and could not seize the throne for herself, she remained a fundamental ruling party. There have been other forgotten female forces, for example, Umm al-Muqtadir (the mother of al-Muqtadir), who named her female assistant Thumal the head of justice. At first, the public did not want to acknowledge female authority, but finally they accepted her once she had put an end to corruption in justice and lowered court costs. (Fatéma Mernissi, Sultanes oubliées) By Hiba Oulassri HAF Volunteer It was a pleasure meeting new people from different cultures and religions during Friday's event.  Firstly, I did not have an idea what… By:  Lahssan Ben Moula photo by Safae Ben Karroum / HAF Undoubtedly, the significance of this title suggests that the Jewish cemetery in Akrich, the community of Tameslouht,…