The participants of the International Women’s Day Webinar.

On the 8th of March, the US Embassy of Israel hosted a webinar entitled “International Women’s Day: The Middle East & The Abraham Accords” in partnership with the UAE Embassy in Washington, DC, The Embassy of Bahrain, and the Embassy of Morocco. The webinar consisted of a panel of expert diplomats to discuss the role women have played in peacemaking efforts and decision-making. This event was organized not only to celebrate and appreciate the important role that women play in their countries but also to drive conversations that will help advance the involvement of women even further.

His Excellency Gilad Erdan, Ambassador of Israel to the United States and the United Nation, initiated the discussion. He reflected on the importance of the role that women play in reaching peace especially, in positions that enable them to take part in the decision-making process. At the same time, he acknowledged that there is still much work to be done as a shared commitment to achieving gender equality. He also aims that the current partnership/ “friendship” between his country and the Arab countries that are part of The Abraham Accords can only serve as the start of more exchange and a mutual learning opportunity where countries learn from each other’s experiences regarding women’s empowerment.

His Excellency’s introduction was followed by a speech from Her Highness Lalla Joumala, Moroccan Ambassador to the United States. She described International Women’s Day as a bittersweet event that recognizes women empowerment’s efforts while also making us aware of the challenges and hardships that women face on a regular basis, especially this year where the consequences of COVID-19 had a greater impact on women. Her Highness recognized the efforts and the advancement that countries were executing to achieve gender equality, and she described these efforts as core steps that will lead to meaningful participation of women in all fields.

Lynn Roche, Deputy Director for Public Policy and Public Affairs, U.S. Department of State, moderated the panel. She started the discussion by inquiring about the key motivation that inspired the panelists to pursue their careers as diplomats. Tammy Ben Haim, Minister for Public Diplomacy, Embassy of Israel to the United States responded first, “I actually didn’t want to become one. Both of my parents were diplomats, and I knew exactly the hardships and the challenges that a diplomat faces and I really thought about pursuing a more family-oriented career. But later on, I decided that I wanted to become a diplomat but not before I discovered who I am first… and that resulted in me joining at an older age compared to my parents.”

The following question was about the challenges and obstacles that faced women in diplomacy. This time Shaima Gargash, Deputy Chief of Mission, Embassy of the United Arab Emirates to the United States, responded. She stated that the main challenge women face in a male-dominated environment is having a strong voice in decision-making and not being taken seriously because of being younger than male colleagues. In this case, proving yourself can be mistaken for a lack of respect toward elders which can be a belief resulting from the culture itself.

As the discussion progressed, the moderator asked Yousif Ahmed, Acting Deputy Chief of Mission, Embassy of The Kingdom of Bahrain to the United States, about the contribution of women to the fight against Covid-19. He stated that in Bahrain 70% of the health care workforce are women: doctors, nurses, assistants, and researchers. Women are not only contributing to the fight, they are leading it. His answer was supported by Rose Saqr, Trade Representative, Embassy of The Kingdom of Bahrain to the United States, who stated that women’s ability to multi-task has enabled them to play an integral role in the fight. Since the health minister of Bahrain is a woman and the vaccine research team consists of women and men equally, they are contributing more and more as they are included in the decision-making process. A follow-up question of how Covid-19 affected specifically women was asked and the response was provided by both Shaima Gargash and Tammy Ben Haim, who agreed that women had to take on having more responsibilities during the pandemic compared to men. Women needed to find the balance between their professional workload, their children’s school duties, and their responsibilities as moms, while also dealing with the social pressure if they got distracted doing any of these tasks.

They also highlighted the fact that most healthcare and education workers are women, which results in putting them at a higher risk every day as their jobs cannot be done from home or via emails, leaving their families for a long period of time which can only add the already existing stress that women face. These facts can drastically contribute to the number of women facing depression and anxiety.

This point opens the door to the discussion about the role of NGOs and institutions that can help women overcome these challenges by supporting, empowering, and inspiring them to aim for careers and positions that are dominated by men. Help them dream and strive to achieve more, and most importantly encourage them to believe in themselves and in the important role that they play in their societies.

The High Atlas Foundation (HAF) is committed to supporting and contributing to the empowerment of women by delivering four-day Imagine Women’s Empowerment workshops with women in remote areas. During these participatory approach workshops, women can reflect on different aspects of their lives including self-responsibility, self-esteem, self-confidence, and the positive behaviors that help them identify their dreams and ambitions.

Through sessions about Moroccan Moudawana (family code), they become more aware of their legal rights, which often the women do not have any idea about.  Women also learn about financial independence, which HAF helps them to achieve through initiating a discussion about project planning that will enable them to start their cooperatives. Reaching out to and empowering women from around Morocco regardless of their education, financial levels is HAF’s contribution to gender equality.

Thanks to the generous support of our donors, HAF has conducted women’s empowerment workshops with nearly 875 women since 2016. Follow us on Facebook, Instagram, or Twitter to learn more about the women who benefit from these life-changing experiences. 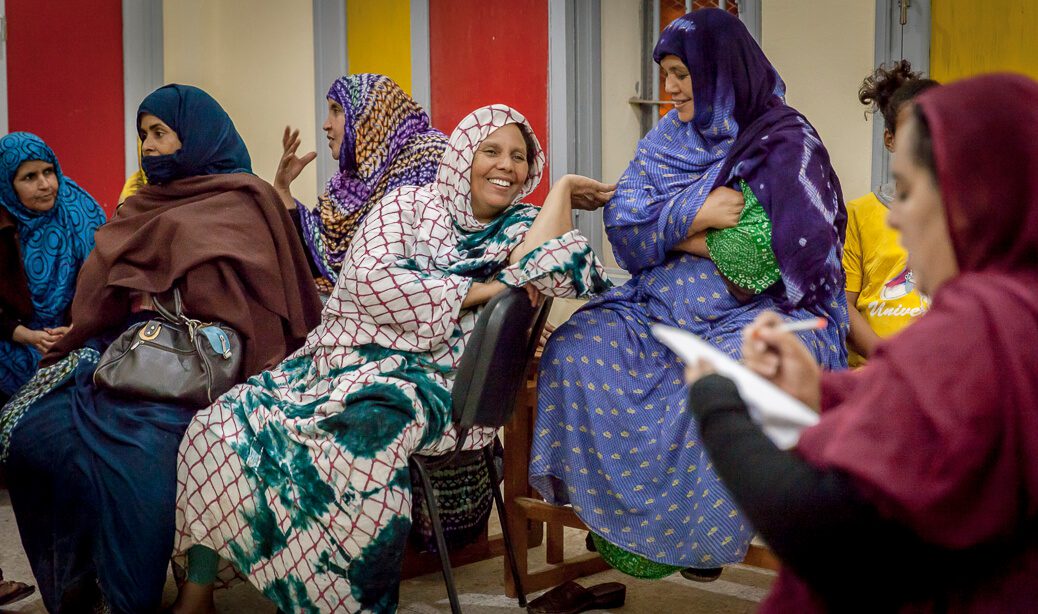 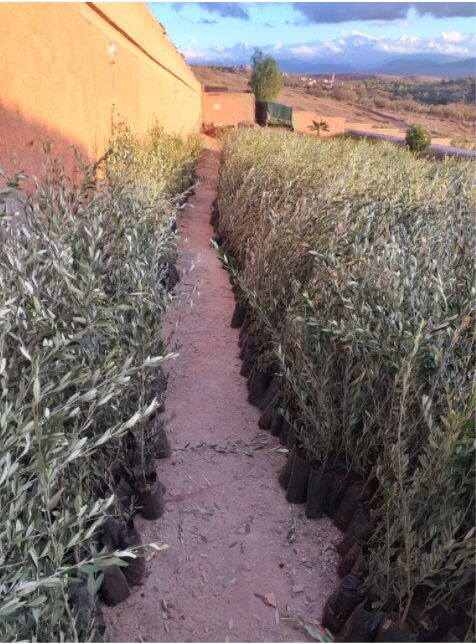 Sanae Benaadim HAF Office Manager and Volunteer Coordinator. Water is one of the most important resource management aspects that integrates the notion of sustainability in Morocco.The High Atlas…