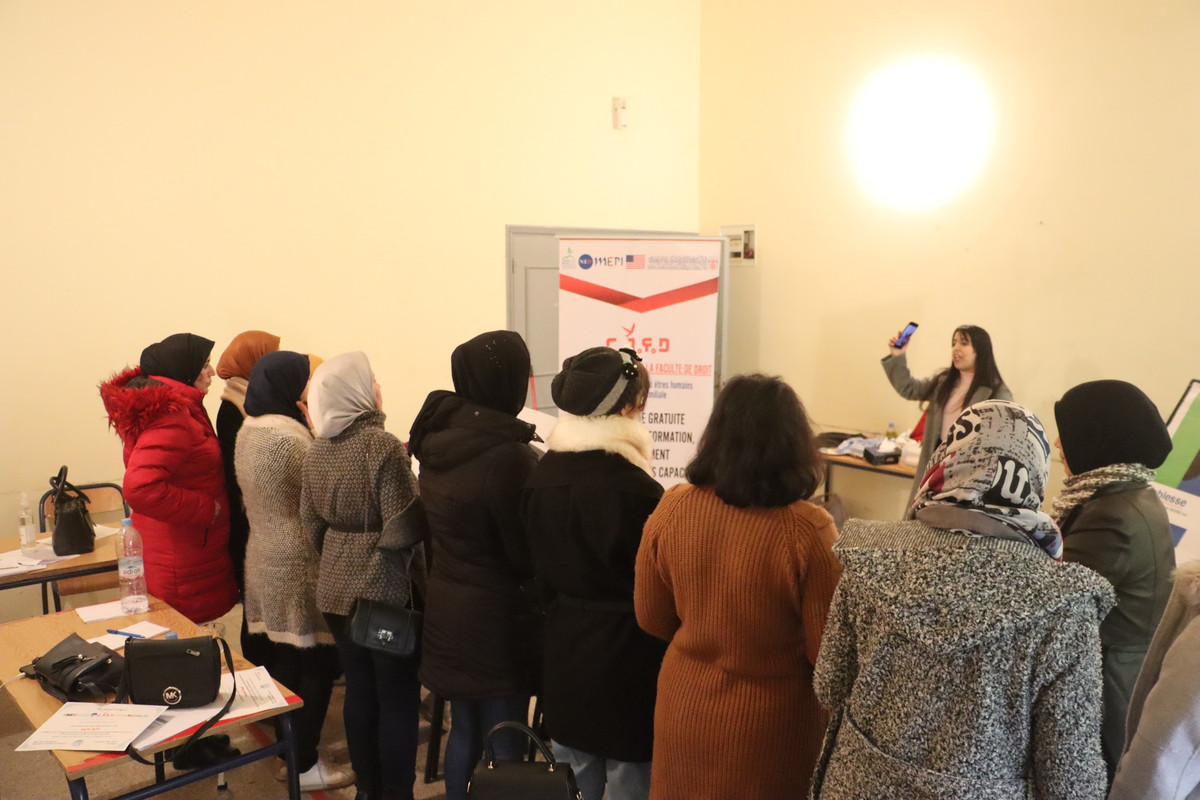 The answer to the questions who you are, or what you identify as is more complicated than it seems to be. So many people would respond to this question in a different way referring to different characteristics, such as: gender, age, marital status, hobbies, educational background, career, nationality, etc. But, in the process of brainstorming, more answers to describe ourselves surface, and at a certain moment, the following questions arise: Is this, actually, who I really am, or am I just reciting what I have been told by others about my identity? “Identity,” what does this word really mean? Is it how I live my day-to-day life? Is it my history and culture? My goals and future? Is it what makes me different from others? I believe that it’s when we start wondering about these questions that the journey of self-discovery begins.

I’ve always been curious about my identity and what my specific traits are. To me, self-discovery is a process that every person will continuously go through for as long as they exist. With that in mind, and while participating in an identity mapping exercise for the first time at the High Atlas Foundation (HAF) office, I had the opportunity to deeply explore various elements that could help offer a clearer picture about my identity. I discovered that a big part of my current self is shaped by my cultural background and origins, and the other part is developed by the experiences that I have had and will have while interacting with other people. I learned that there is a strong correlation between my social behaviors and the environment I grew up in. Also, I concluded that a whole set of values that represent my authentic identity subconsciously emerged from coexisting with various individuals with different mentalities and beliefs.

Since the identity mapping activity was interesting to me, I was eager to know how others would perceive it, so I was eager to facilitate it with a group of women during an IMAGINE empowerment workshop in El Menzel, a commune within the Sefrou province. I was very curious to see the first choices that the participants would pick to identify as.

After drawing their maps, I asked the participants two questions: the first one was to share their maps and have a collective discussion about the similarities and differences. One of the participants answered: “Since other participants and myself are from the same region, we have a lot in common like religion and origins, but we also have differences, which is normal because we are living different lives.” The spontaneous response from this woman invoked the realization among the group that they value cultural diversity more than previously thought.

When they were asked about the characteristics that represent them the most from their maps, a woman replied: “My ethnic background. I am so grateful that I was born and raised in this region, more specifically in this tribe, because I have had the chance to know what it’s like to support and be supported by others even if they don’t know you. This is not just because we belong to the same tribe, but my people are very generous and helpful towards everyone no matter who you are, where you are from, or your religion.” She added: “My sister once came across some foreign tourists who couldn’t find a hotel to spend the night, and she gladly offered them her house for them to stay in while she stayed at mine. This is how we were raised: help all people who are in need.” I noticed that she used the word “all,” referring to everyone. She didn’t say Moroccans or people that are only from her tribe or following the same religion.

Towards the end of the session, we were thrilled to hear from the participants that the identity mapping activity, in addition to all the activities that were conducted during the IMAGINE workshop, gave them a push forward and widened their perspectives about themselves, how they want to live their lives, and that they are now one step closer to who they are.

Part 2: Self-Discovery and Heritage Mapping at the Faculty of Sharia, USMBA Fes

The second time I attended an IMAGINE empowerment workshop, it was held with female students from the Faculty of Islamic Theology (Sharia) of University Sidi Mohamed Ben Abdellah (USMBA) in Fes. Within the multiculturalism and identity exploration context, Soukaina and myself, Cultural Field Coordinators, conducted two activities from the Manual of Participatory Ethnographic Methodologies for the USAID Religious and Ethnic Minorities Activity (REMA).

Soukaina conducted the first activity, called The River of Life. The goal of this activity is to give participants an example of how events impact and shape our lives, molding and forging our personalities over time, while introducing new concepts such as tolerance and multiculturalism, sometimes without us even noticing. Soukaina presented an example of her own life river and then gave the floor to the participants to talk about their own experiences. We received many responses, but what caught my attention in particular was how the participants were surprised when they discovered that they actually had stories to share with us and that they knew more than they had previously thought about coexistence and multiculturalism. They just hadn’t ever had the chance to talk about or even contemplate it before the activity.

When the participants were asked about what, as Moroccans, they are most proud of, they shared several answers: multiculturalism, traditional clothes, monuments and locations in Morocco, languages, architecture, hospitality, flexibility and coexistence.

The second activity was called Dominant Social Narratives, which I conducted. This activity gave participants the opportunity to examine their lives, filter the stories that were transmitted to them as facts since they were little, and see how they strikingly affected their identities and maybe even their daily routines. This activity allowed the participants to take a step back and think objectively about the dominant and common narratives in their own families, tribes, and communities. I provided examples of some common stories that were falsely claimed to be true and asked them to think and share stories from their own life experiences. Through this practice, the participants gained a heightened understanding of how powerful their thoughts and ideas are, especially those that are widespread. Most of the shared narratives were about women, such as :

On the other hand, there were other general stories about stereotypes and misconceptions. For example, one of the participants mentioned how non-Muslim communities believe Muslims are terrorists. This idea was reinforced repetitvely by the media to the extent that she, even as a Muslim woman, started associating terrorism with the image of someone with a thick beard.

This activity illustrated the two-sided nature of these narratives. The falsely claimed narratives, although harmful, give us a chance to have a say in choosing to accept them or not, to be more aware of the words that we use, and to be more credible with the stories we transmit. The dominant social narratives we hear in our daily lives inevitably shape our values. Therefore, we must be careful with what we receive or transmit.

These activities were thought-provoking for the participants, and we were thrilled to hear their feedback to learn and grow from:

While leading the activities, we were very excited to see the participants encouraged to share their stories and open up about their experiences. This was a precious opportunity for the REMA team to raise awareness about multiculturalism and promote coexistence and acceptance.

Amal Mansouri is a Cultural Field Coordinator for the USAID Religious and Ethnic Minorities Activity (REMA). 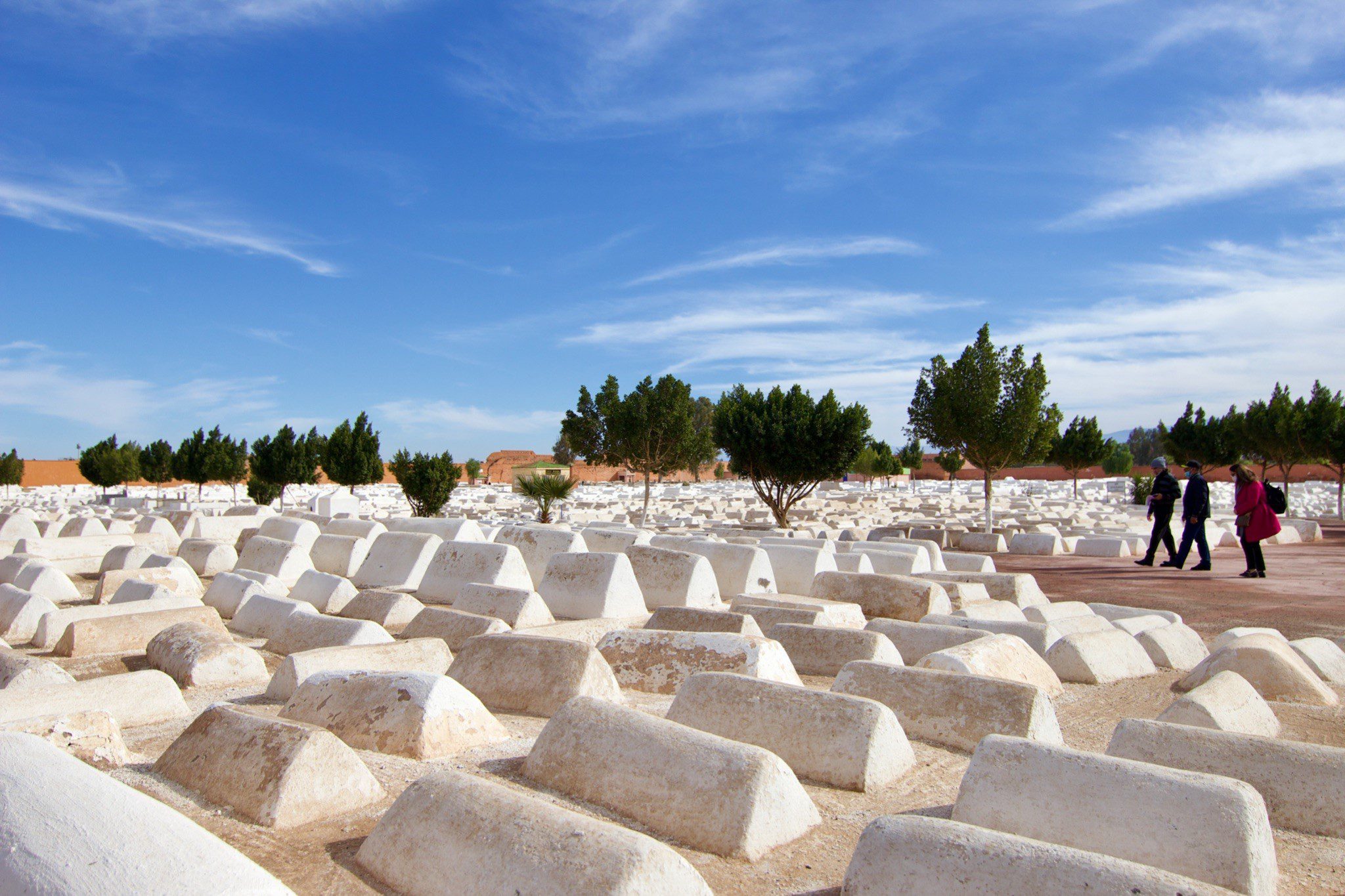 by Noah C. Kohlmayer - HAF Volunteer On Tuesday, December 7, my two fellow Austrian volunteers and I had the opportunity to join Dr. Yossef Ben-Meir for the… Living Together: Religious Coexistence in Morocco