I Will Forever Remember the Smiles 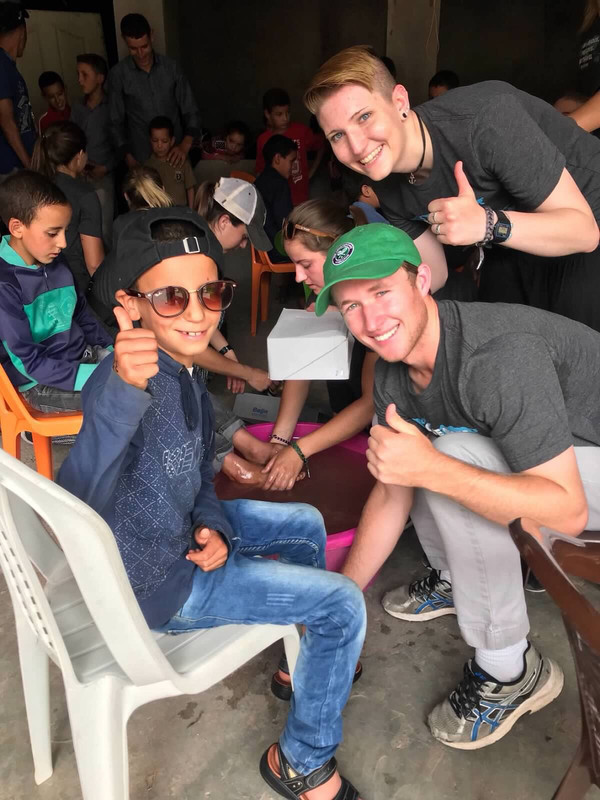 After more than 25 hours of traveling to Morocco, we were greeted warmly upon our arrival by our local partner from the High Atlas Foundation, Rachid. We spent the night in Casablanca before beginnng our (roughly) five-hour drive to Marrakech the following day. Once in Marrakech, we checked into our beautiful Riad (hotel), went out to tour the Old City, have lunch Moroccan-style and finish up the day with a quick shopping trip in the souks (a HUGE marketplace with vendors of all kinds). 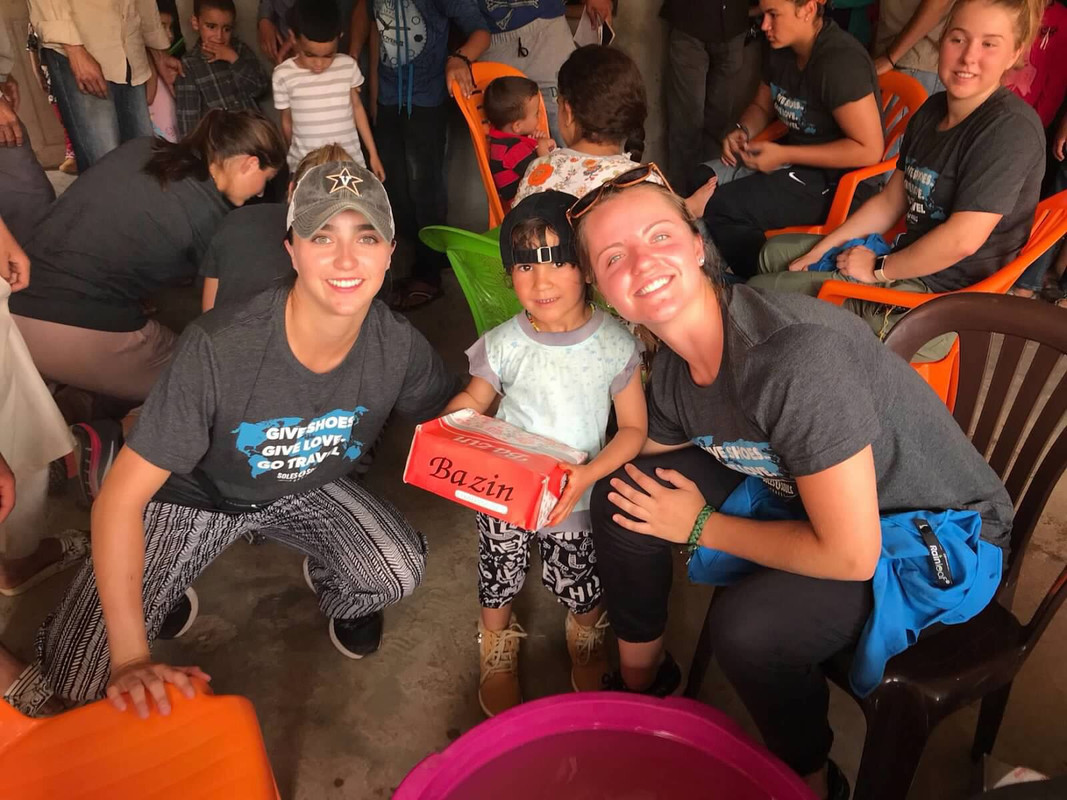 The next day, we had the opportunity to meet the president of the High Atlas Foundation, Dr. Yosef Ben-Meir, before picking up the shoes for our first and second distributions! As we made our way along the bumpy roads of the High Atlas Mountains, the sights were absolutely breathtaking and second-to-none. Pulling into both of the villages, all members of the community were gathered around with smiles from cheek-to-cheek. We quickly got to work setting up and sorting the shoes by sex and size, sizing each child’s feet, washing and drying their feet (a touching and heartwarming part of the process), and finally sliding on perfect pairs of brand new shoes! At this point, if a child was shy or hesitant, even with the language barrier that we faced, we found that the saying “smiles are a universal language” could not be more true. 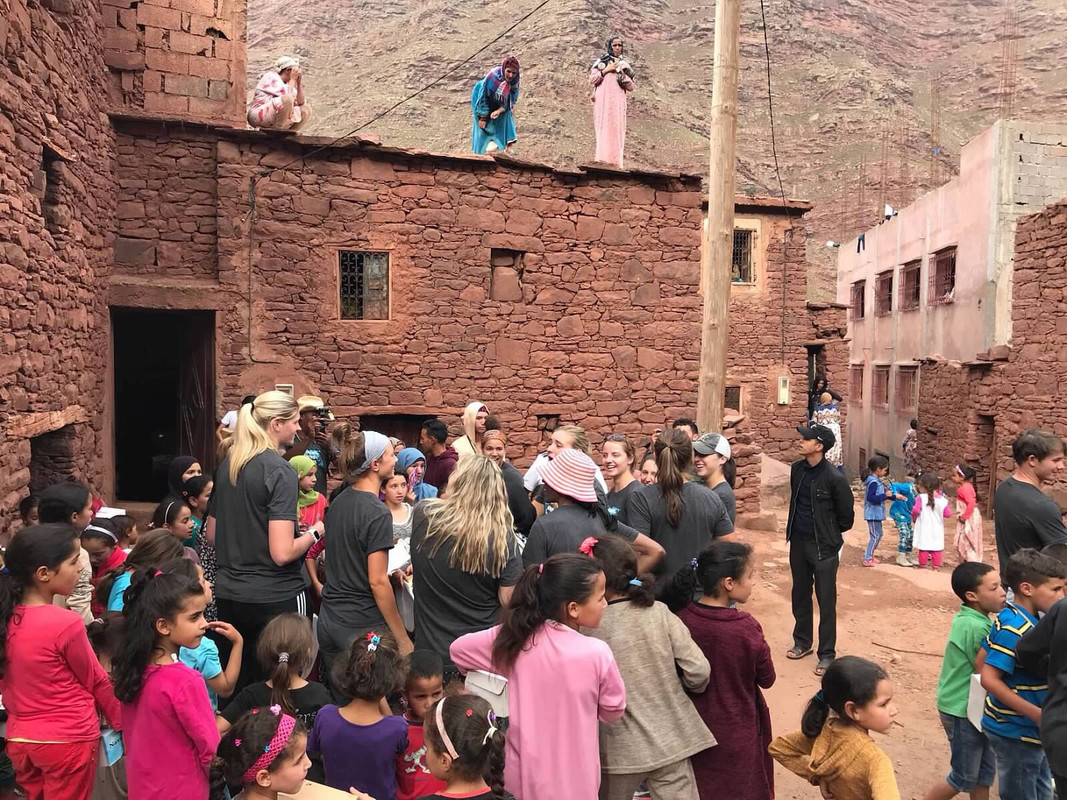 We continued to have wonderful experiences at the next village during both the shoe distribution, as well as our time spent painting a new mural in the outside playing area at our third distribution site. Our fourth and final distribution site was at a local Women’s Co-Op which I found to be the most empowering. The women and children we served were members of a largely ostracized community since they had been either divorced or widowed. Rachida, the woman who ran the Co-Op, along with all the other women who were there, welcomed and thanked us individually with a handshake and a customary kiss on each cheek. During the distribution, many smiles, rough attempts to speak the other’s language, and high-fives were exchanged, creating an indescribable, as well as overwhelming, amount of positive energy in the room. As a thank you, a couple of the women did henna for us, leaving many of us stained with beautiful designs on our hands for the weeks to come. After a quick but delicious lunch cooked by the women in the Co-Op with the help of other Vanderbilt student-athletes, we were on our way back to Marrakech. 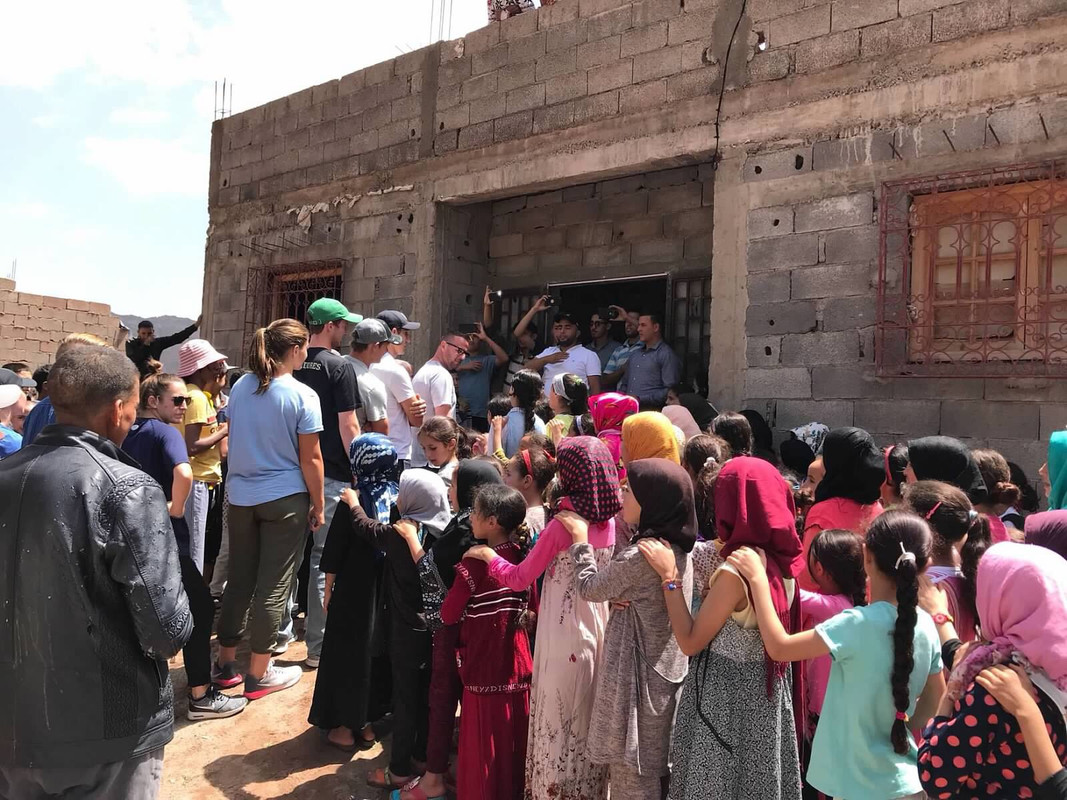 Personally, as someone who struggles with social anxiety, traveling to another continent with a group of 20 strangers was a big step just by itself. Yet as the trip progressed, getting to know the other student-athletes left me feeling closer and more connected to the Vanderbilt community than I ever thought possible. While on the trip, our motto was “learn to be comfortable with the uncomfortable,” which is actually something my coach says constantly, and it was great to have another place to practice that mindset.

While this trip to Morocco was meant to help change the day-to-day lives of folks who are less fortunate than others, I left feeling as if I had gained so much more than I was given. I will forever remember the smiles on every child’s face as we put a brand new pair of shoes on their feet, the memories made on long bus rides with other student-athletes, the hope we saw in the eyes of each elder in the villages, I could not be more grateful for this opportunity offered by Vanderbilt Athletics and the High Atlas Foundation, and it makes me excited to continue doing service work both locally and internationally in the future.

“Give to this project.”

by Julie Blaze Senior, Lacrosse Day 3 Today was our second full day in Morocco, but our first day of service. We first met with the CEO of… 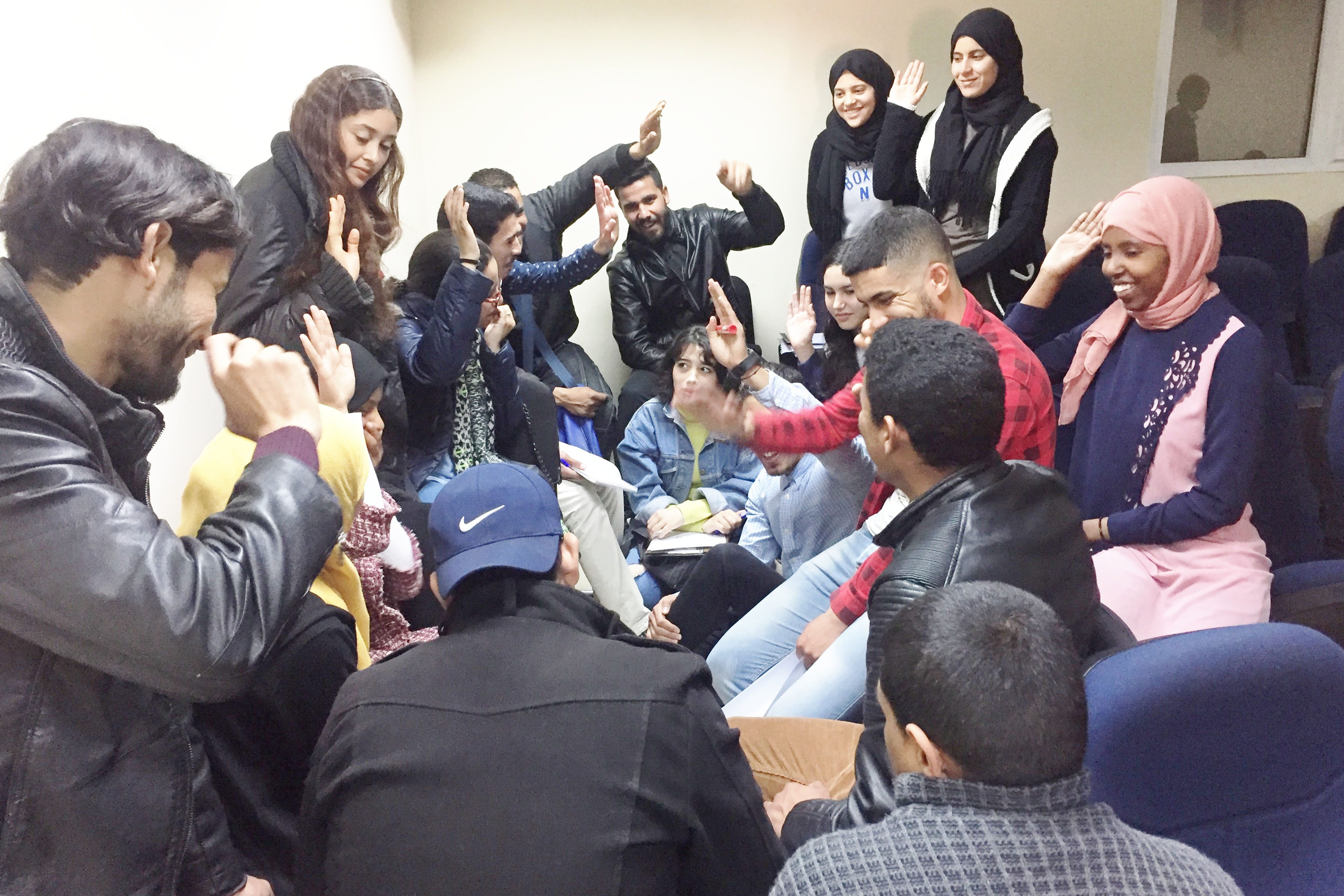 – Morocco Provides Safe Spaces for Youth, The New Arab, By Julia Payne (Undergraduate student and HAF Intern), 8 August 2018. • Arabic: El-Bashayer, 1 September 2018. As a society, we have…