Hydroponics and Vertical Farming in Morocco and the World

– Hydroponics And Vertical Agriculture In Morocco And The World, The Garden Center News.

By Carter and Henry Prillaman

A vision for the future of agriculture and possible implementation in Marrakech, Morocco

Our agriculture system as we know it needs to change. We see an enormous amount of waste in current practices through using up too much water, using too many pesticides that hurt the neighboring environment as well as waste of produce through imperfection or being pest ridden. This, combined with flagging and in some cases stagnant yield increases in soil systems across the world will soon require sweeping and rapid changes in growing methods. As our population continues to grow, food production will grow and our methods of growing should change as well.

There are methods available to us today to not only change the way we grow produce for the better, but also increase yields in a smaller space. Vertical farming through hydroponics or aeroponics gives us the opportunity to grow larger amounts of produce in seemingly unavailable spaces. Rooftops, indoors, in older warehouses—you can grow plants and stack them on top of each other to farm a consistent crop that produces year-round and quickly, uses less water and energy, is more pest resistant, and can help alleviate some of the logistical trouble of transporting produce to and from farms to cities everywhere. 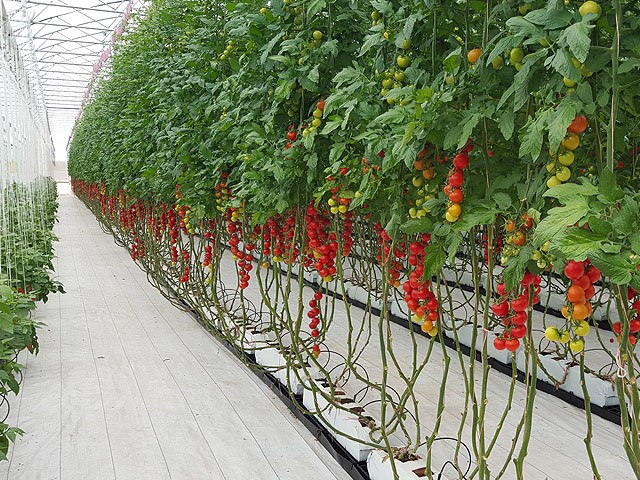 Cherry tomatoes being grown vertically and hydroponically in a greenhouse in Morocco.

Hydroponics and aeroponics are increasingly popular cultivation methods among both commercial growers and research scientists. They confer several advantages with the foremost of these being their water use efficiency, with some studies suggesting up to 70% and 95% less water usage for hydroponics and aeroponics, respectively. In one 2015 study conducted in Arizona, an extremely dry state in the United States, it was found that hydroponically grown lettuce required 10 times less water as a system than soil-based lettuce crops. This is particularly important based on the similarities between the climates of Arizona and Marrakech. While this study found that energy usage of a hydroponic farm was significantly higher than soil-based farms, this could be nearly completely offset by reducing the amount of supplemental lighting used in favor of currently available solar power technologies.

Another advantage of greenhouse hydroponic production is season-independence, where a grower would be able to produce several harvests year-round by shielding the crops from seasonal changes through the use of LED lighting and heating and cooling of the greenhouse space. By utilizing existing ideas for a closed-loop hydroponic system, which can be easily constructed in any area of the world, it is possible to reuse nearly all water and nutrients that are not uptaken and transpired by plants. One study conducted in Indonesia suggested the use of such a system to more actively regulate water usage and increase cost-efficiency of hydroponic production in a Nutrient Film Technique (NFT) hydroponic system. Water efficiency and full-year production and harvest are attractive, and depending on the design of the greenhouse, pest resistance can be built in as well through engineering of the facility to not be conducive to insect or microbial population accumulation.

While reusing nutrients and water can be economically and environmentally attractive (in reducing agricultural runoff, one of the main sources of pollution in the world), care must be taken to ensure consistent yield through several cycles of harvest. If not properly treated, reused nutrient solution can accumulate several phytotoxic (plant-harming) organic acids that are released from the roots of any plant in order to regulate the microbial population of its roots. Studies have shown that the use of activated charcoal can help to mitigate some of the damaging effects of these chemicals, though further research is needed to determine a commercially viable solution.

Another promising area of research in hydroponics and aeroponics is a possible disease resistance conferred by the physical stress of constant flow or aerosolization. One recent study found that in aeroponic systems, the microbial population of the roots remained almost entirely distinct from the population of the nutrient solution reservoir, suggesting very little, if any, microbial population overlap. Another recent study attempted to use a chemical intervention solution to mitigate possible E. coli contamination of lettuce crops grown in NFT systems. Though the chemical intervention was unsuccessful, a notable result was the complete lack of colonization of root tissue and no uptake of harmful bacteria into the vegetative tissues of any of the tested crops. Though these studies are recent, they suggest that hydroponics may be much more pathogen resistant than previously thought, leading to considerably lower contamination risk for hydroponic growers, and safer food for consumers.

The benefits of hydroponic and aeroponic farming are many, and emerging technologies are making the ease of access to such systems considerably lower, paving the way for a future generation of amateur and commercial growers to begin to farm in any place, at any time.

Africa has experienced wonderful agricultural and economic growth in some regions but with current methods this is not sustainable. From the “Agricultural Transformation for Sustainable and Resilient Food Systems – United States Agency for International Development (USAID)” 2021 pre-summit, there was a discussion regarding the need for change in the direction of agriculture in the future. There is a need for an increase in productivity in the land already used for agriculture, which will then lead to greater and more sustainable economic growth. Increasing productivity through new agricultural technologies would have lasting impacts on farmers, communities, and societies everywhere. From the World Bank report, “Harvesting Prosperity: Technology and Productivity Growth in Agriculture,” there is particular weight given to innovation and the need to support this innovation through connection to markets. We believe that using new hydroponic and aeroponic technology as well as vertical farming can increase productivity, foster a closer connection for city residents to their food production, and experience continued growth in the agricultural sector. 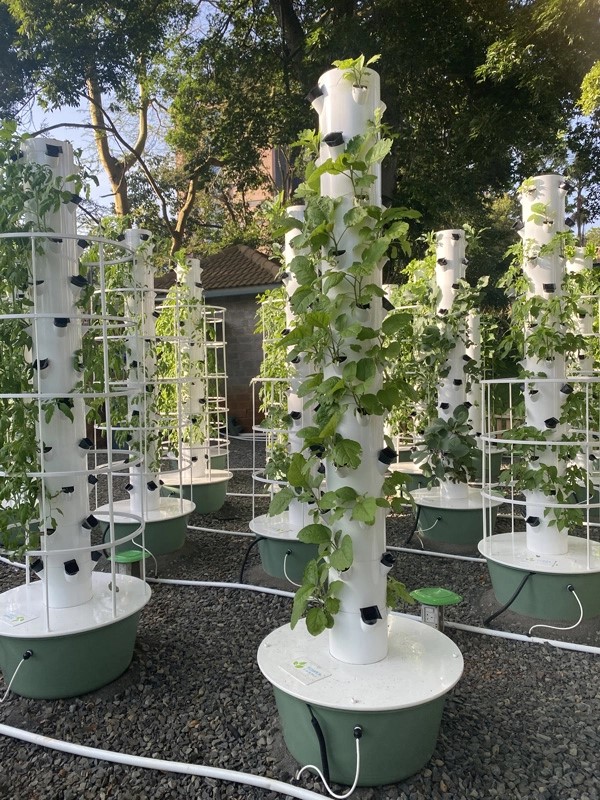 A vertical aeroponic farm in Kenya.

Across the world, we are conducting unsustainable practices and use of land for agricultural growing. The High Atlas Foundation, a foundation for the lasting and prosperous development of Morocco, has been working to address this problem. They have been following responsible procedures and using new technology to increase efficiency through primarily women and youth led campaigns. In addition, they have been working to address the problem of climate change through monitoring trees they have planted for carbon offsets. There is a necessity in not only Africa but across the world to accept and utilize new technology to help increase the productivity of the land we have, while also saving our planet. The advent of hydroponics, aeroponics, and vertical farming is a great method to try and combat the pressing issue of how we are going to grow plants when there is little water and little surface area. This gives the possibility for many methods of urban farming, including vertical and hydroponics in rooftops and many unused areas that could be used for growing.

We only have one world, so being good stewards and living sustainable lives is imperative. Expanding use of the technology of hydroponics and vertical farming can allow the small grower to have much stronger financial gain while also helping alleviate the burden agriculture places on the planet. There is only so much space in the world, but we can always grow up. 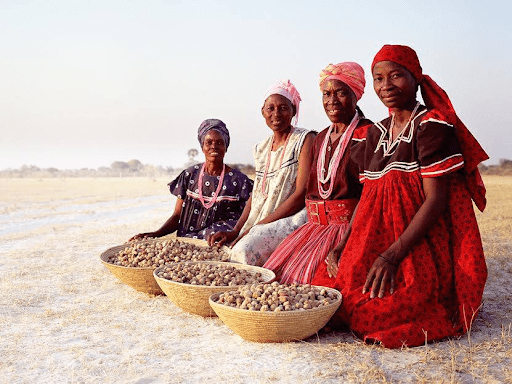 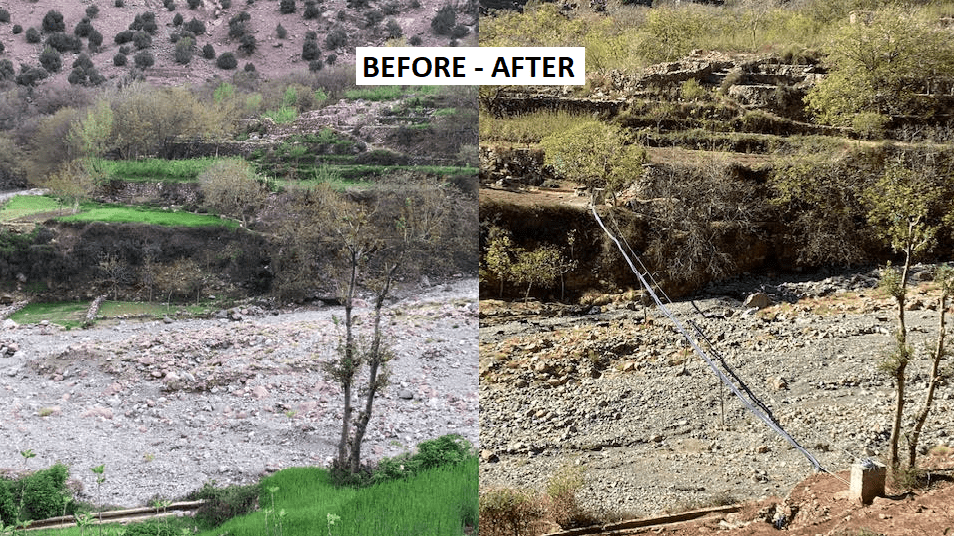 Now is definitely better than before!