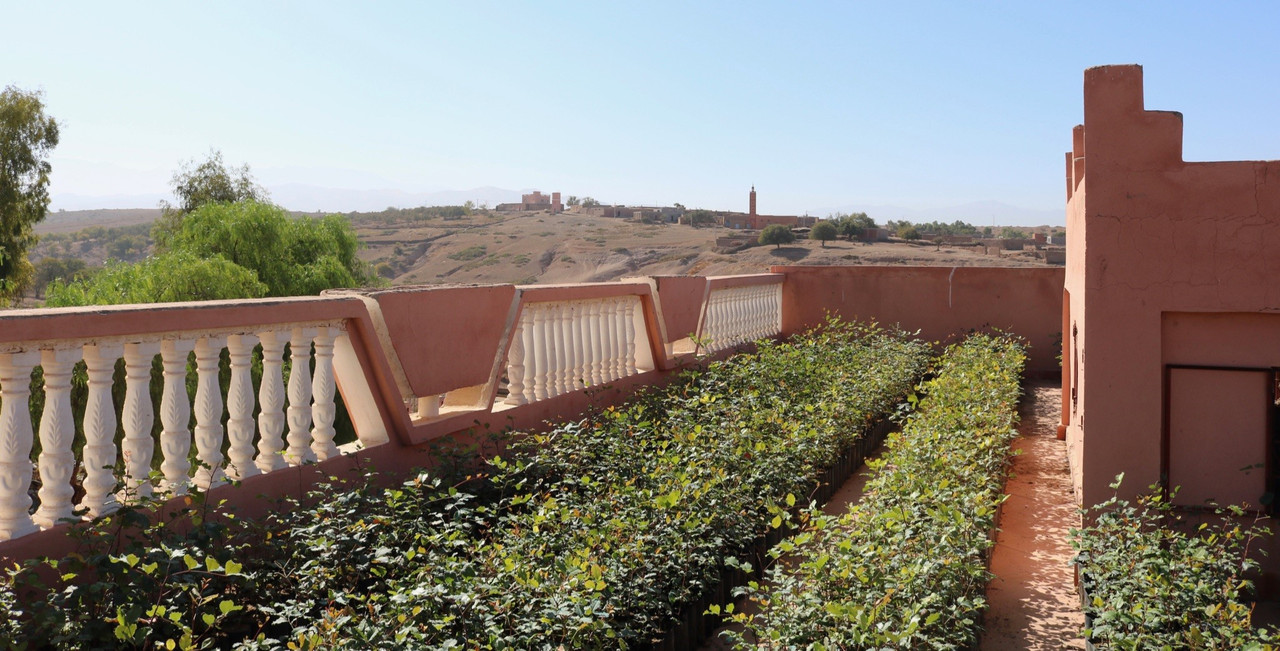 The Akrich tree nursery, about half an hour outside of Marrakech, was the first among many nurseries that the High Atlas Foundation (HAF) brought into being. In 2012, HAF launched this project, calling it “House of Life,” a name based on the nursery’s location within a 700-year-old Jewish cemetery. The nursery’s creation denoted the special relationship between Jewish and Muslim communities in Akrich and represented both the historic and longstanding unity of the Jewish and Muslim Moroccans living together.

On October 2, 2021, HAF hosted a community event as its first activity in implementing the USAID Religious and Ethnic Minorities Activity (REMA). The event took place at the Akrich fruit tree nursery. Among the many attendees were various representatives, including U.S. Consul General Lawrence M. Randolph, the President of the Jewish Community in the Marrakech-Safi region, Jacky Kadoch, and various members of Morocco’s Muslim and Jewish communities.

For me, it was fascinating to see the importance of this U.S. official’s visit. At first, it seemed that his attendance alone was what had attracted a dozen journalists taking pictures with their huge cameras. Right after his arrival and the official welcome by HAF President and REMA Chief of Party Yossef Ben-Meir, the first activity was to light candles in the tomb of revered Rabbi Raphael HaCohen. It was a breathtaking sight to see this interfaith gesture, almost like lighting a beacon of multicultural respect. Watching various members of the Muslim, Jewish, and Christian faiths each light candles in such a sacred Jewish site made me realize that the cameras were here for all of us, capturing the silent statement of unity we created just by coming together. 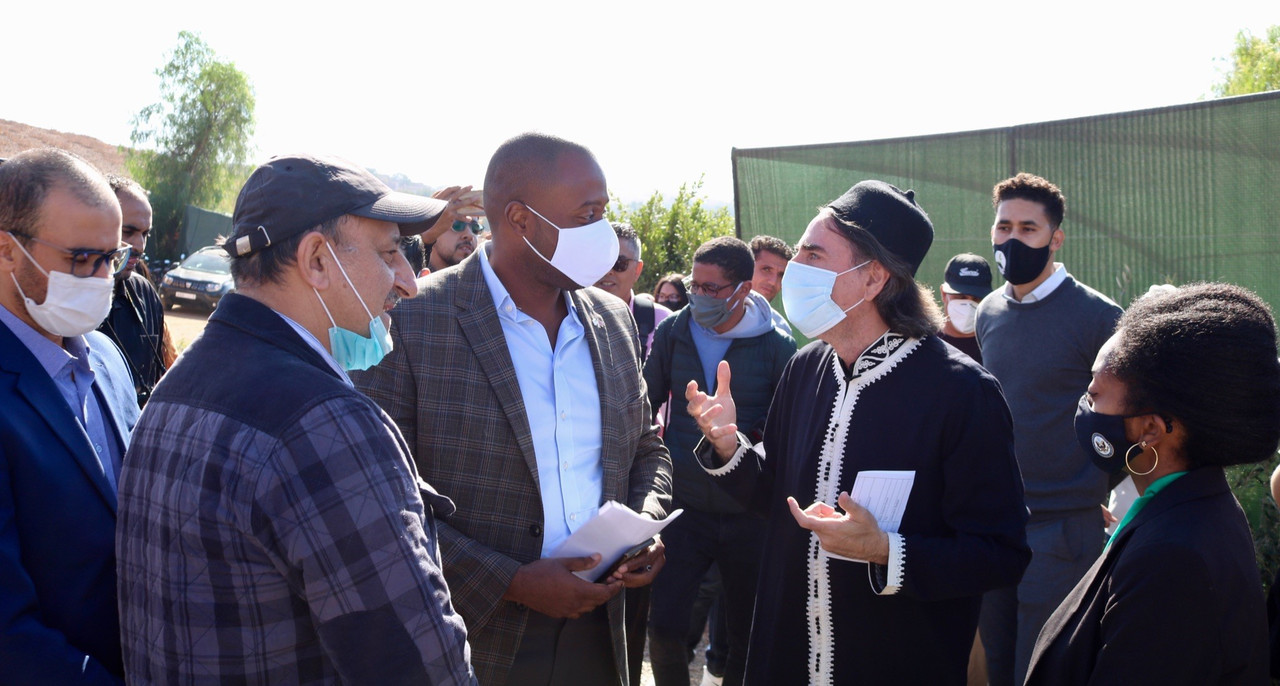 We next gathered in a community center on the nursery’s grounds where tea and a light meal had been prepared. Motivated by Dr. Ben-Meir, members of the various communities in attendance took the floor and shared brief histories of themselves and their relationship with Akrich. Community members of the region, first time visitors, members of Muslim, Jewish, Amazigh, and international communities alike shared their stories.

Although I have no background in the Arabic language, the sentiments and messages being shared exceeded the necessity of language. I could see inspiration and encouragement in people’s eyes. The meaning of the day only continued to grow, as knit carpets made by the women of the nearby cooperative of Achbarou were gifted to some of the guests. These gifts did even more than convey a kind gesture: the women of Achbarou distributed their cooperative’s business cards to attendees in a testament of economic empowerment and independence. 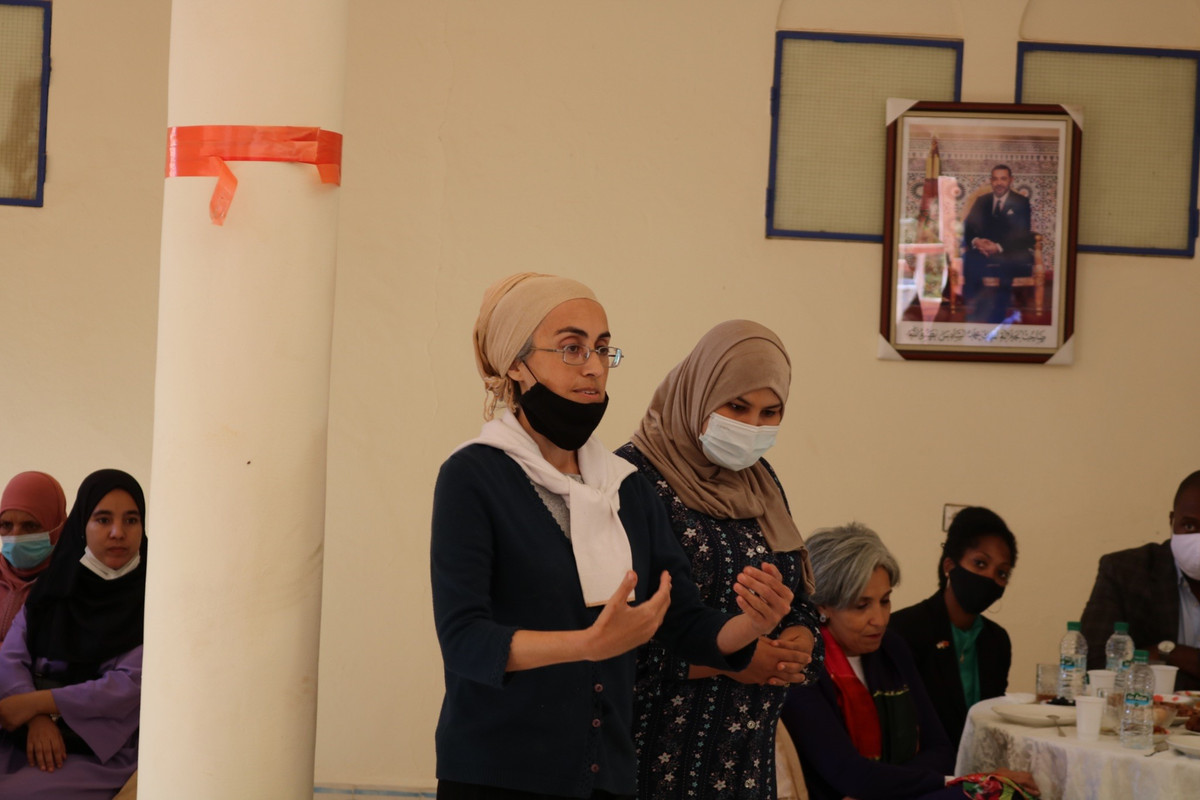 Kati Roumani, of the Marrakech Jewish community sharing an inspirational story about her daughter and their life in Morocco. November 2021. Photo: Julian Stoiber/HAF

The final activity of the day was planting a fig tree together in unity. Everyone gathered around a meter-and-a-half deep hole, and, starting with Mr. Randolph and Mr. Kadoch, various attendees shoveled a few layers of soil and fertilizer over the tree. Regarding the utilized land, which is adjacent to Jewish burial sites, the act of planting the tree once again was an interfaith symbol, which goes hand-in-hand with the sustainable human development that HAF is aiming to achieve.

As a HAF volunteer, I found this event personally moving, and it gave me a stronger sense of HAF’s real impact and how important the connection within various religious communities truly is. It was an absolutely new experience for me to be at an event with this much press and officiality, and I will probably remember this day for the rest of my life. Reveling in the Riches of Er-rich

By Amal Mansouri, HAF Field Coordinator, REMA Being and feeling rich in my beautiful small city, Er-rich, is not a challenge. In fact, it’s incredibly easy. You just… 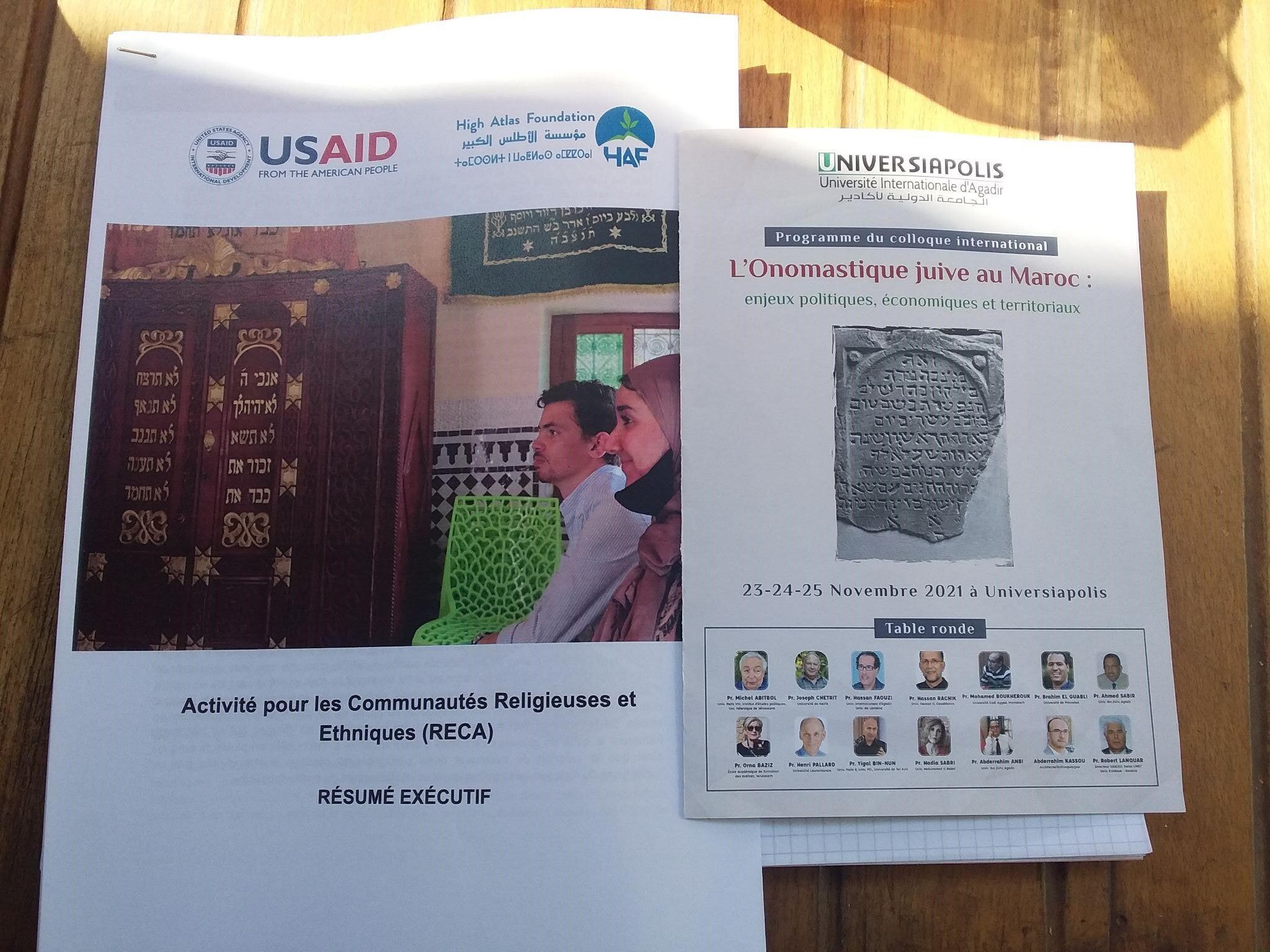 By Jamal Maghiouzi, Cultural Field Coordinator On Tuesday, November 24, I had the chance to attend the first day of the conference which was held under the theme…