As a High Atlas Foundation (HAF) Project Manager, my main objective is to work with Moroccan communities and HAF nursery caretakers—of more 13 nurseries around the country—to ensure proper care of the trees, from the time we plant a seed until it becomes a seedling.

In partnership with Ecosia, based in Germany, we traveled with two international volunteers from the U.S. (Nesreen) and Germany (Celina) to a small region in the southeast of Morocco during the last tree-planting season to distribute thousands of fruit trees. Before we embarked on our journey, we made sure to prepare the right number of trees that farmers in different villages requested to plant on their land. Members of local associations accompanied the HAF team throughout the tree-planting event. 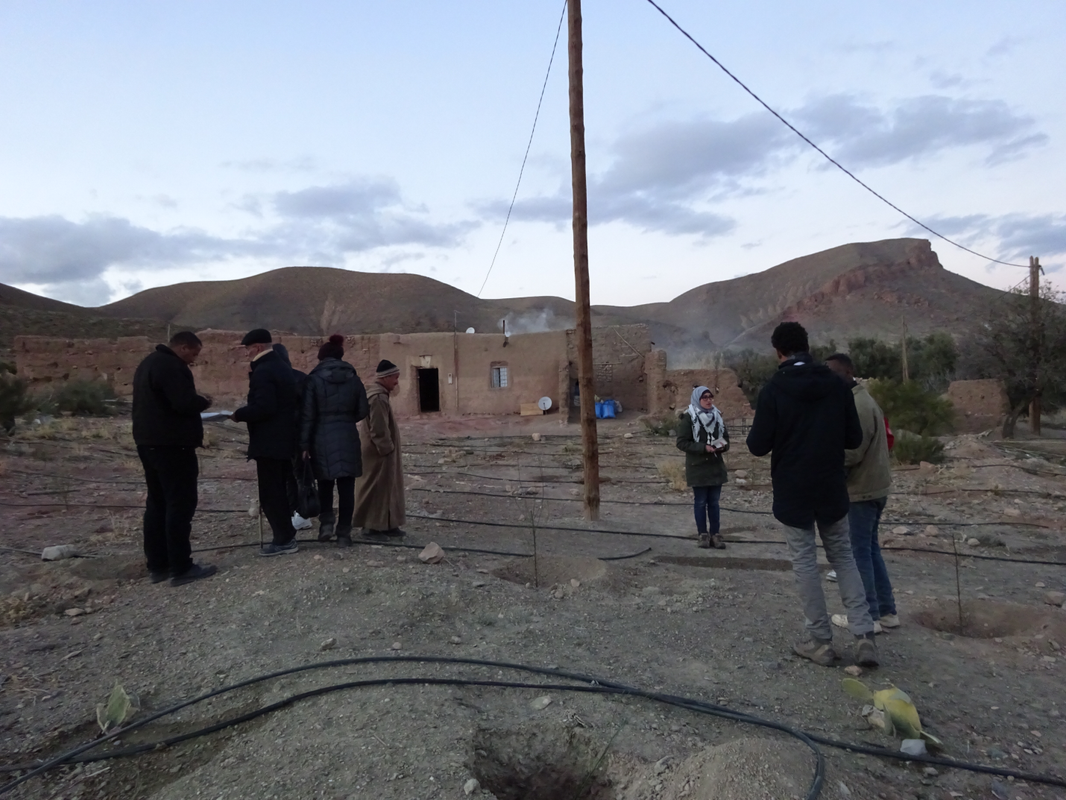 On January 17th, we arrived at the Gourama commune, with approximately 1,000 inhabitants, in Midelt after a six-hour drive from Fes. Upon our safe arrival, the two volunteers and I agreed to spend as much time as possible with the farmers we would be visiting over the course of the next three days. Specifically, we wanted to learn more about their daily lives as well as their needs. The first day of our time in the region was dedicated to distributing more than 7,000 fruit trees to five villages.

To help the farmers save time on transportation, the HAF team distributed the trees to them. Notably, most of the farmers who received trees tried to plant as many as they could on the same day. We were pleased to see women, men, youth, and children from different villages working together to plant these trees. We are confident that participants in all the villages learned that by working as a team, everyone has something to offer to their group and that, together, they can make a change. 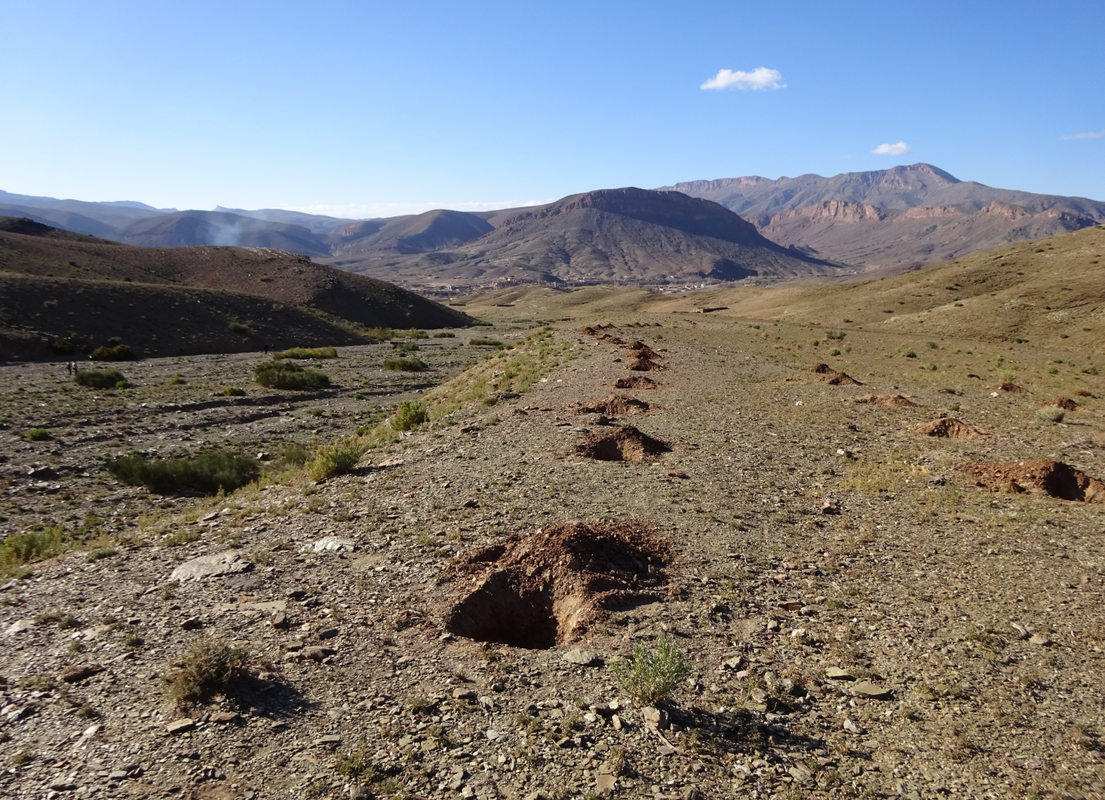 Specifically in the villages of El Beiad, Elkasbah, and Tadaout in Gourama, trees were planted far from the nearby river. Community members expressed the need for an additional irrigation system. They also told our team that they were looking to change the existing electric pump to a solar pump, which will lower the expensive electricity bill. Currently, water pumped from the well is mostly used by the community for both drinking and irrigation. The community’s expectations for using a solar pump include: 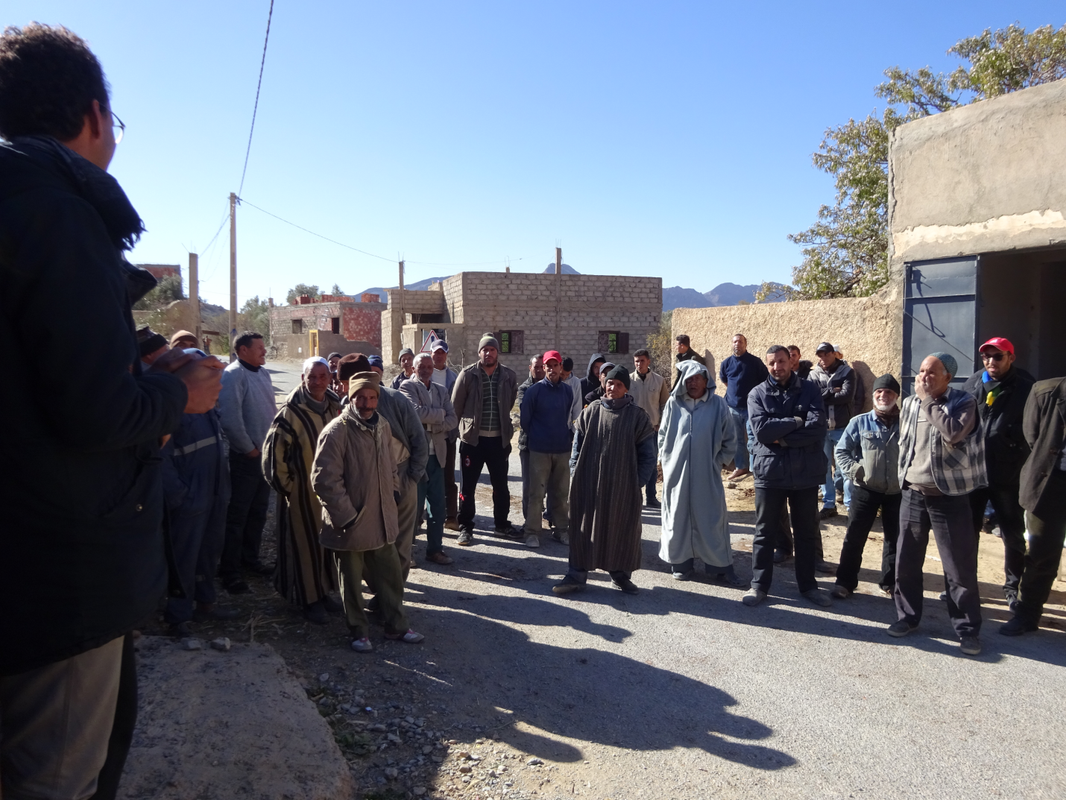 This project, implemented with the help of experts and managed by the local association El Karam, has a total budget of approximately $20,000. The community is contributing 50 percent of the cost. If you are interested in supporting these farmers and improving the livelihoods of locals living in these villages, please feel free to contribute any donation amount here.

Further, if you would like to learn more about the local communities and the progress of this sustainable project, contact haf@highatlasfoundation.org and we would be happy to share this information with you!

“Without Health, We Have Nothing”: The Need for Comprehensive Sustainable Development

– ‘Without Health, We have nothing’: Need for holistic Sustainable Development in Morocco, Devdiscourse, By Fariha Mujeebuddin (HAF Intern), 01 August 2019.  • Arabic: Al-Watan Voice, 6 August 2019. After a windy…