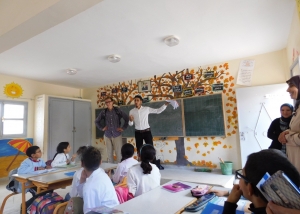 Among the upcoming projects with communities in Morocco, HAF is seeking to create a big industrial unit in the Youssoufia province. The unit will be a big factory of apple cider vinegar.  The province is strong in terms of human resource and other resources, but in terms of factories and industrial units, it is not strong.
On July 13th, HAF’s members and one expert from the USA went to Youssoufia, first to attend a conference, and then to hold a meeting with associations, cooperatives and the population for a workshop about the future project.

In those beautiful streets in the OCP neighborhood, there is a Center named “Youssoufia Skills” which houses conferences and many programs for the youth population. In that Center, we met the director and some members who welcomed the HAF team. Then we talked a bit about the project’s business plan and other HAF projects in regards to sustainable development.

It was also a chance to meet the official spokesman of OCP Foundation: Mr. Yossef Allaoui, as well as other members of the international youth foundation.

The two last foundations presented a training program called “I-Grow”, a program for the future youth entrepreneurs, especially from rural populations, to lead their business.

During the question and answer part of the conference, the vice president of the High Atlas Foundation, Mr. Larbi, came up with an important question about climate change directed to OCP Foundation. The question was approximately, “are there any upcoming projects about sensitization for the population to deal with this problem of climate change”?

After this conference, we went to a workshop with more than 18 people, different associations, and cooperatives in Youssoufia province.

The workshop used a participatory approach, which is HAF’s way to figure out the future projects and needs.  This specific approach was for finding out the optimal location for the apple cider vinegar factory. And naturally that information will come from the people right there.

For me, it was my first time doing a workshop, which was easier to do than I thought, because I have been in many HAF’s workshops. So I was really excited to meet those kind people. I represented HAF and I was surprised that they already knew about the Foundation in terms of the environmental work. I talked to them about the future project and reiterated the general goals behind it, which were:

– Create work opportunities for both men and women

– Improve on the region’s economy.

– Come with a new product to the local markets, and work with the international markets at the same time.

The final product, the apple vinegar, has many health advantages:

– Can kill many types of bacteria.

– Helps you lose weight by making you feel full.

– Lowers cholesterol and reduces your risk of heart disease. (…)

And it’s very tasty in food and salads.

We started the workshop with three groups, and in each group were people from different communes. So first they drew the community map of Youssoufia, which was represented by the blue color and the green was for the appropriate places of the factory.

After 10 minutes, we moved to the next step in the workshop which was for presenting the results; One person from each group did that, and he explained why they chose those places exactly. They suggested 5 places in the total:

After the elections and the sorting out the results turned out that the Sidi Ahmed commune is the best place to create the factory, because there is a good source of water and enough youth potential, and Sidi Ahmed is a center of all those communes.

We ended the workshop with a long discussion about this upcoming HAF’s project in that province, and we also talked about how we should continue working together to achieve future success between HAF and population in Youssoufia.

The apple cider vinegar project in Youssoufia is just an example of many of HAF’s upcoming projects with our communities in our kingdom of Morooco. 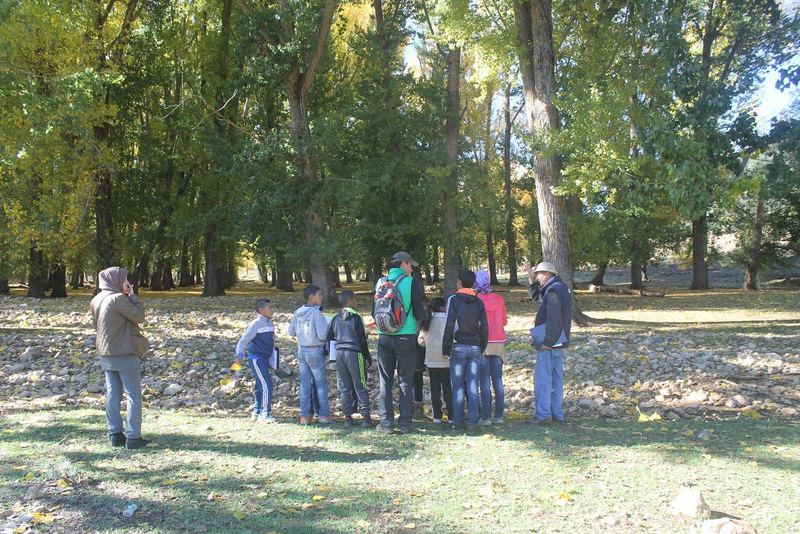 By Lloyd Farley HAF Inter, Fes In the field of development, it is not often when you can see so much happen in just one day. A lot of the…