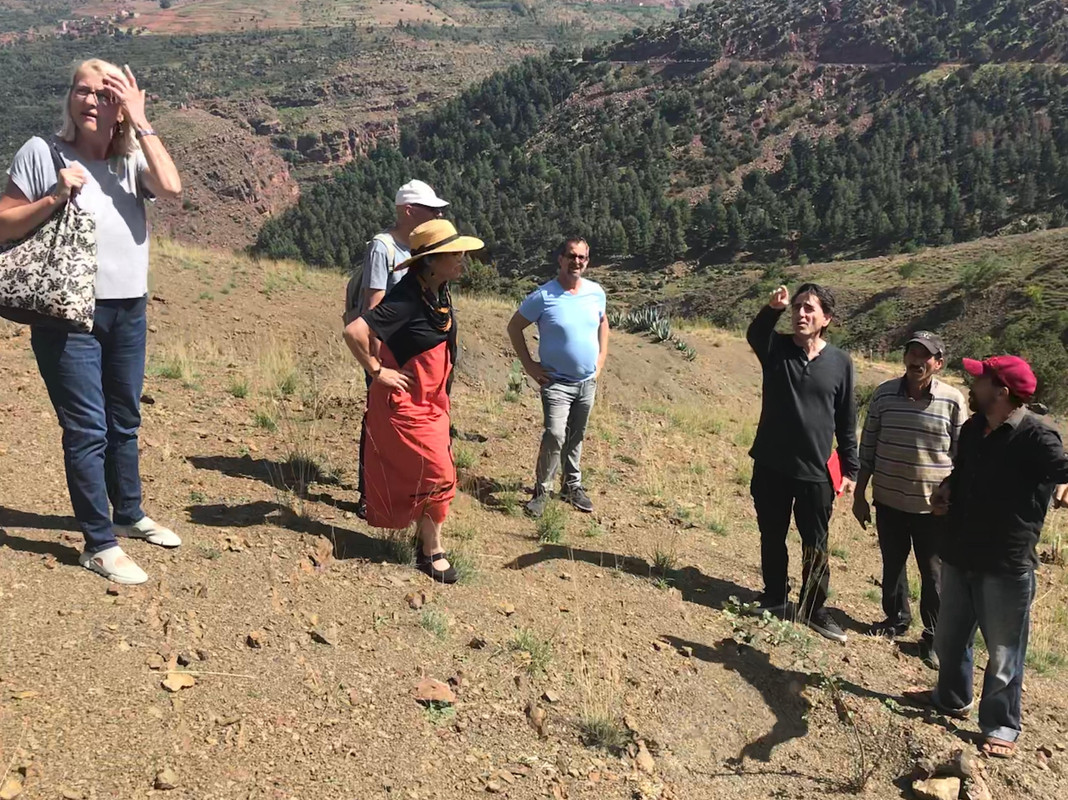 A typical day’s work for the High Atlas Foundation (HAF) varies greatly depending on the role of a staff member, the region of Morocco in which they work, and projects that are being planned, prepared to be implemented, or that are currently being administered. During any given day, organic fruit trees are being delivered to and planted in communities; tree nursery infrastructure and cleaning drinking water systems are being constructed; youth and women are being trained in skills building or engaging in activities that result in economic prosperity; communication with our national and international partners, Moroccan government officials, as well as communities is being coordinated to further human development; efforts are being made to secure funding to continue sustainable projects; and HAF staff is utilizing the participatory approach when meeting with community members in various provinces jumpstarting, assisting, or following up with previous projects.

October 9, 2018 was a particularly eventful day for HAF. Our Board of Directors, based in the United States, came to Morocco to not only discuss HAF’s current course of action and project sustainability strategies but also to visit the communities with which HAF works. Board member Doug Seidman, a retired legal aid lawyer who spent 43 years providing free legal services in New York City to people living in poverty, said of his experience: “It was eye opening to see the various sites that we visited to learn firsthand of the challenges and the benefits of the projects that HAF is working on.” Board member Harry Palumbo, a retired international banker and current part time financial consultant, reiterated this point:

“The visits to the two nurseries—one at the Jewish cemetery site, gave me the opportunity to view not only the nursery but also the symbiotic relationship between both the cultural and the agricultural pillar of the organization. The second visit to the National Forest where HAF plants organic fruit trees, again, gave me an overview of not only the nursery but also the partnership with the government of Morocco. Also, our visit to the women’s cooperative focused on our objective of the empowerment of women and the accomplishments of both educational socialization and economic improvement in women’s lives.” 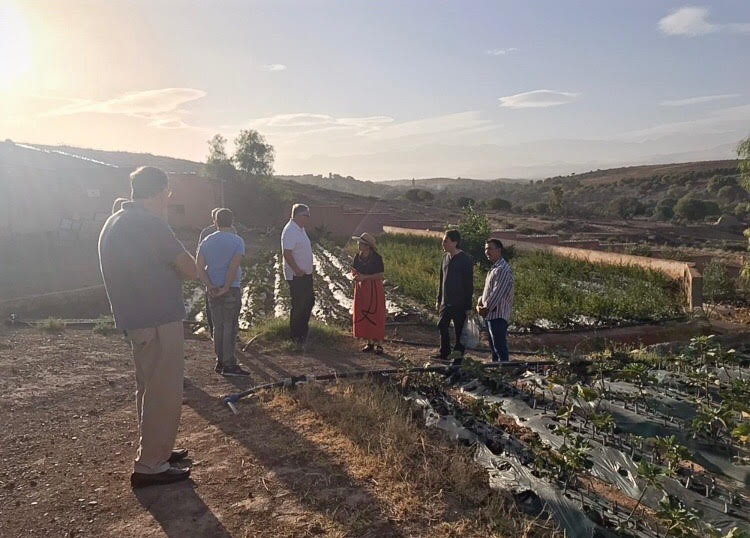 Board member Ellen Paquette is a highly experienced international development professional, having dedicated 28 years to Peace Corps—first as a Volunteer in Liberia (1972-76) and later as Director of Peace Corps Morocco, in addition to having held several other executive Peace Corps roles across Eastern Europe, North Africa and Middle East, Asia, and the South Pacific. She reported feeling “impressed” with HAF and our projects. Describing her thoughts further, Ms. Paquette said:

“I appreciate the diversification of the projects, including women’s empowerment and sustainable water such as irrigation and potable water sources for communities; also HAF’s overall philosophy of helping improve the quality of their lives through community participation. As a current board member and long term supporter of HAF since its inception, I’m very proud to see the continuation and the sustainability of the initial projects, which were all agricultural and tree planting, and HAF reaching incredible vaults: first planting 1 million trees and, then, a higher level of 1 billion trees, nationally.”

After a day of visiting tree nurseries, a women’s cooperative, and a walnut production cooperative in the Marrakech region, HAF’s Board of Directors and staff hosted an event, “Fulfilling Moroccan Development Visions.” This reception, which was dedicated to discussing past, current, and future sustainable development efforts in Morocco, brought together 180 attendees committed to advancing human development in the country. Moroccan local government officials, farming families, cooperative members, current Peace Corps Morocco volunteers, representatives of nonprofit organizations as well as representatives from the U.S. Consulate—including Consul General Jennifer Rasamimanana and Political-Economic Chief Sasha Suderow—gathered from 8:00pm to 10:00pm at Mohammed VI Museum for the Water Civilization in Morocco. As HAF Project Manager Errachid Montassir said, “Organizing events, conferences, and receptions is always a great opportunity to expand the network and come up with many positive results.”

The event began with opening remarks by Ms. Fatima Zahra Laaribi, HAF’s Women’s Empowerment Trainer and Financial Manager. Following, Mr. Abderrahim Gahwan, the President of Ait Taleb Municipality of Rhamna, shared how HAF not only helped his community but also his personal development. For example, he credits learning the participatory approach from HAF for leading him to his position as President and for leading successful projects in Ait Taleb. Similarly, Ms. Rachida Outichki, the President of the Aboghlou Women’s Cooperative of Ourika, discussed how participating in HAF’s women’s empowerment training built her and her female peers’ capacities to talk about themselves and pursue projects. Aboghlou is a successful cooperative that exports calendula (a Moroccan medicinal herb) to L’Oreal in France and sells food products such as couscous.

HAF staff took to the podium as well. Dr. Yossef Ben-Meir, HAF co-founder and President, led a moving conversation on the progress of development in Morocco and the necessary means to further advance economic prosperity, livelihoods, and gender equality. Dr. Ben-Meir explained how HAF contributes to a vision for development in Morocco occurring now and in the future, but it is the local people who ultimately turn each of their own visions into reality and sustain the impacts. He effectively elicited motivation from Moroccan attendees who, during the “open mic” segment of the event, “wonderfully expressed their visions and brought up good project ideas,” as Mr. Montassir described. Dr. Ben-Meir also encouraged university students and younger generations to continue development in their communities and to implement projects not only for themselves and their families but also for future generations. Said El Bennani, HAF Project Manager in Fes and Ifrane, seconded this notion. “Youth participation in development means a lot. Without youth, we are not working forward in development.” One primary school-aged girl sitting in the audience announced the pride she has in having participated in the annual tree planting event led by HAF this past January.

As HAF board member Bruno Mejean eloquently said, “[Fulfilling Moroccan Development Visions] was very inspiring. It brought together different cultures and backgrounds. From one end of the spectrum—the U.S. board members, with a global vision and global perspective—to the individual students, women cooperative members, and farmers who also attended the presentations. Everybody was focused on the same cause, which is to improve the lives of the Moroccan citizenry.”